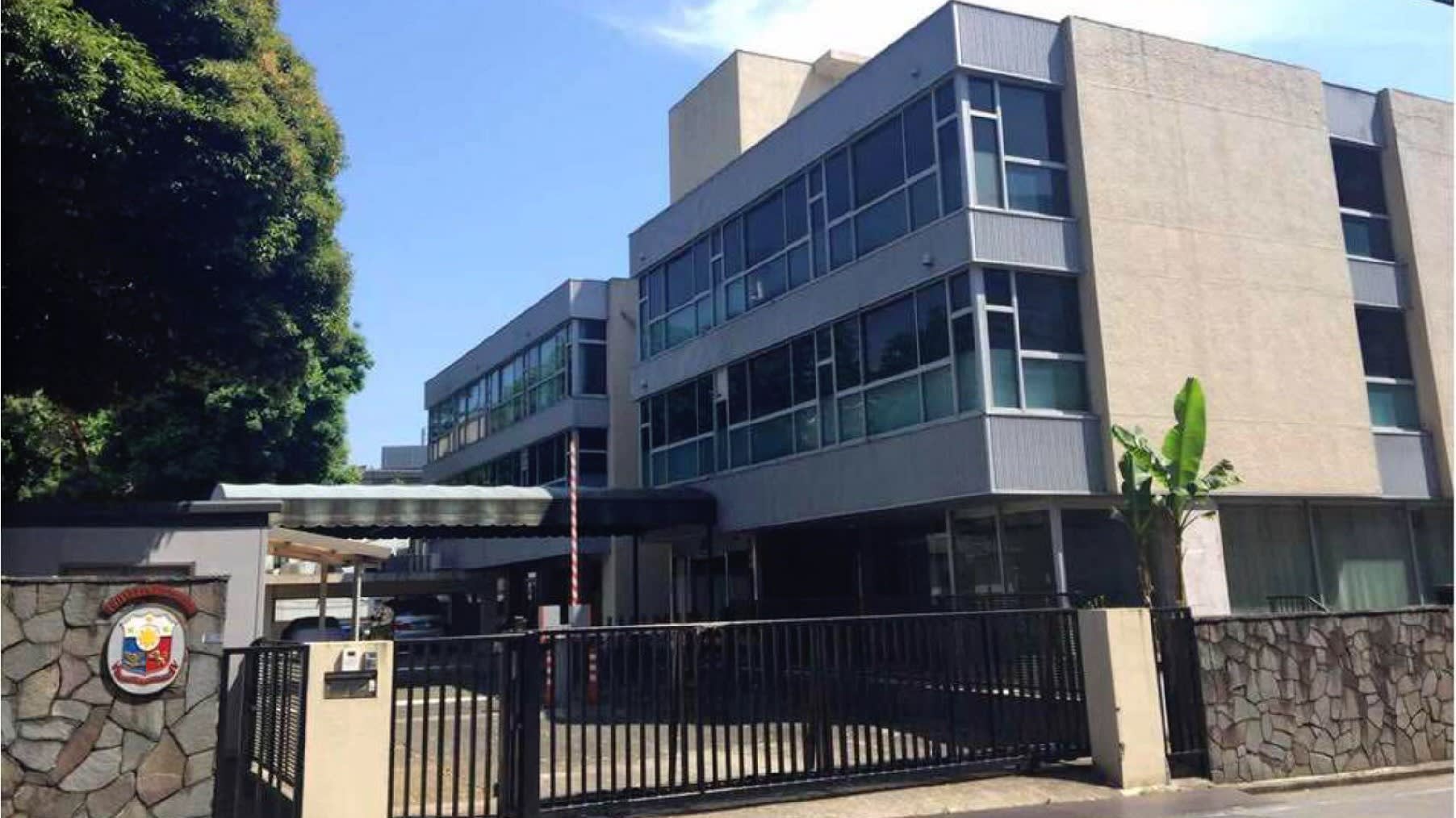 This property, located in Shibuya, Tokyo, was handed over to the Philippines after World War II as part of a war reparations package.
JUN ENDO, Nikkei staff writerNovember 17, 2020 13:43 JST | Philippines
CopyCopied

MANILA -- Government leaders in the Philippines are speaking out against a plan to sell several properties that the country owns in Japan.

The issue came to light in August when Foreign Secretary Teodoro Locsin Jr. suddenly tweeted his opposition to a "plot" that had recently resurfaced to sell the real estate.

The tweet was followed by messages from leading senators to local media in early October, saying that sale of the properties is impossible, as they symbolize the diplomatic bond between the two countries.

The lawmakers vowed to block any bill submitted to Congress calling for sale of the real estate.

Although details of the plan are unknown, some lawmakers called for the government to sell the properties to pay for pensions. Philippine President Rodrigo Duterte officially admitted the presence of the plan within the government at a September news conference.

The properties, handed over to the Philippines by Japan as World War II reparations under a 1956 agreement, are located in Tokyo and Kobe.

One of them is in a quiet residential area in Tokyo's upscale Roppongi area. The land has been leased out for 50 years. Most recently, developer Mitsui Fudosan built a condominium on it, which was up for sale in 1998. The Philippine Embassy occupies the first floor of the building rent-free. The land will be returned to the Philippines in 2047 when the lease is due to expire.

The Philippines another plot of land in neighboring Shibuya, on which stands a low-rise building that had been the country's embassy until 1997 and which is now used to hold events sponsored by the Filipino community.

The two other properties are in Kobe. The Philippine consulate general had stood on one of them but was closed following its collapse in the earthquake of 1995. A hotel has been built on the lot leased for a fixed term. A nursing home for the aged stands on the other plot.

As of 2015, the Roppongi and Shibuya properties were valued at 4.4 billion yen ($1.86 million) and 2.8 billion yen, respectively, while the value of the Kobe properties topped 300 million yen each, according to the Philippine government.

Plans have been floated in the past to sell the properties to shore up the financially beleaguered government.

In 1987, President Corazon Aquino, successor to Ferdinand Marcos, signed an executive order to sell the properties to reduce external debt. With Japan's bubble economy beginning to emerge at the time, the four properties drew strong attention, with media reports estimating their combined value at 80 billion yen.

But the plan to sell them fell apart after the Philippine Supreme Court ruled it illegal, citing that it had not been approved by lawmakers.

The properties have also been the focus of financial fraud. During Japan's bubble economy, a bogus statement claiming to be from the Philippine president was used by land swindlers on the Roppongi property. The Shibuya property was named in a number of fictitious land deals from 2009 to 2013. There is still a criminal group looking to buy the properties under false pretenses, according to sources who asked not to be named.

Most government officials and lawmakers maintain that selling the properties is almost impossible for two reasons: The Supreme Court is still deliberating part of the plan; and there are restrictions governed by the bilateral agreement with Japan.

Salvador Laurel, who served as vice president in the Aquino administration, strongly opposed any sale, describing the real estate as symbolizing the "bravery and sacrifice" of Filipinos who died in the war. Laurel was quoted as saying that a sale "would be as if we sold the lives, blood and tears of our countrymen."

For Filipinos, the properties are assets that cannot be valued in monetary terms. The Philippine government, therefore, hopes to put an end to the lingering question of their sale.