PHNOM PENH -- Inside the office of the Phnom Penh Post, one of the last remaining independent media outlets in Cambodia, staffers embraced editor-in-chief Kay Kimsong as he left the building for the last time on Monday.

Sacked by the paper's new owner, Malaysian public relations mogul Sivakumar S. Ganapathy, Kimsong said he was leaving to "keep journalism alive." By day two, there were a total of 15 confirmed resignations out of about 67 staff at Cambodia's oldest English-language paper. The paper's previous owner, Australian investor Bill Clough, announced the sale at the weekend.

Chief of Staff Chhay Channyda is one of the staffers who chose to remain. "I'm in the middle," she said. "[They] can say 'I resign' but I will wait and see what's going on ... what kind of policy our new editor-in-chief is going to lay down for us."

Kimsong was sacked over an article written by reporter Ananth Baliga and business editor Brendan O'Byrne detailing links between Sivakumar's company Asia PR and Cambodian Prime Minister Hun Sen. They also pointed to the fact that Sivakumar wrote a biography that seemed to back Sarawak Governor Abdul Taib Mahmud who has been widely accused of corruption.

Reuters and several other media sources reported that the Asia PR website stated that it provided "covert operations" for government clients.

Two people representing Sivakumar, Joshua Purushotman and lawyer Ly Teyseng, entered offices of the Post on Monday and called the editorial team into a meeting. According to several staffers, they ordered the article be removed and did not accept offers to print a rebuttal or clarification. Former Editor-in-Chief Key Kimsong, second from left, poses with "heartbroken" Phnom Penh Post staff on the day new owner Sivakumar S. Ganapathy fired him for refusing to take down an article. (Photo by Nathan A. Thompson)

"They said the article was damaging to their reputation," said former Post reporter Erin Handley. "There's [been] a lot of tears and many of us are very upset."

Baliga took to Twitter on Monday. "I will not be returning to work at the Post. I am devastated at the prospect of not being able to work every day with the some of best journalists I know. I wish them well," he said.

At the time of sale, the Post was facing a tax penalty of $3.9 million. Clough said the bill had been resolved as part of the deal in a May 5 statement. Phay Siphan, spokesperson for the Cambodian Council of Ministers, said the "new owner is now in discussions with the tax department."

The Cambodia Daily, one of the main daily English newspapers, was shuttered over a multi-million-dollar tax bill, a move that many see as an excuse to silence critics in Cambodia ahead of the general election pegged for late July.

"We [were] perfectly willing to pay ... but we weren't given the chance; it seemed like [the government] were very eager to close us," Deborah Krisher-Steele, the Daily's current owner, told the Christian Science Monitor. 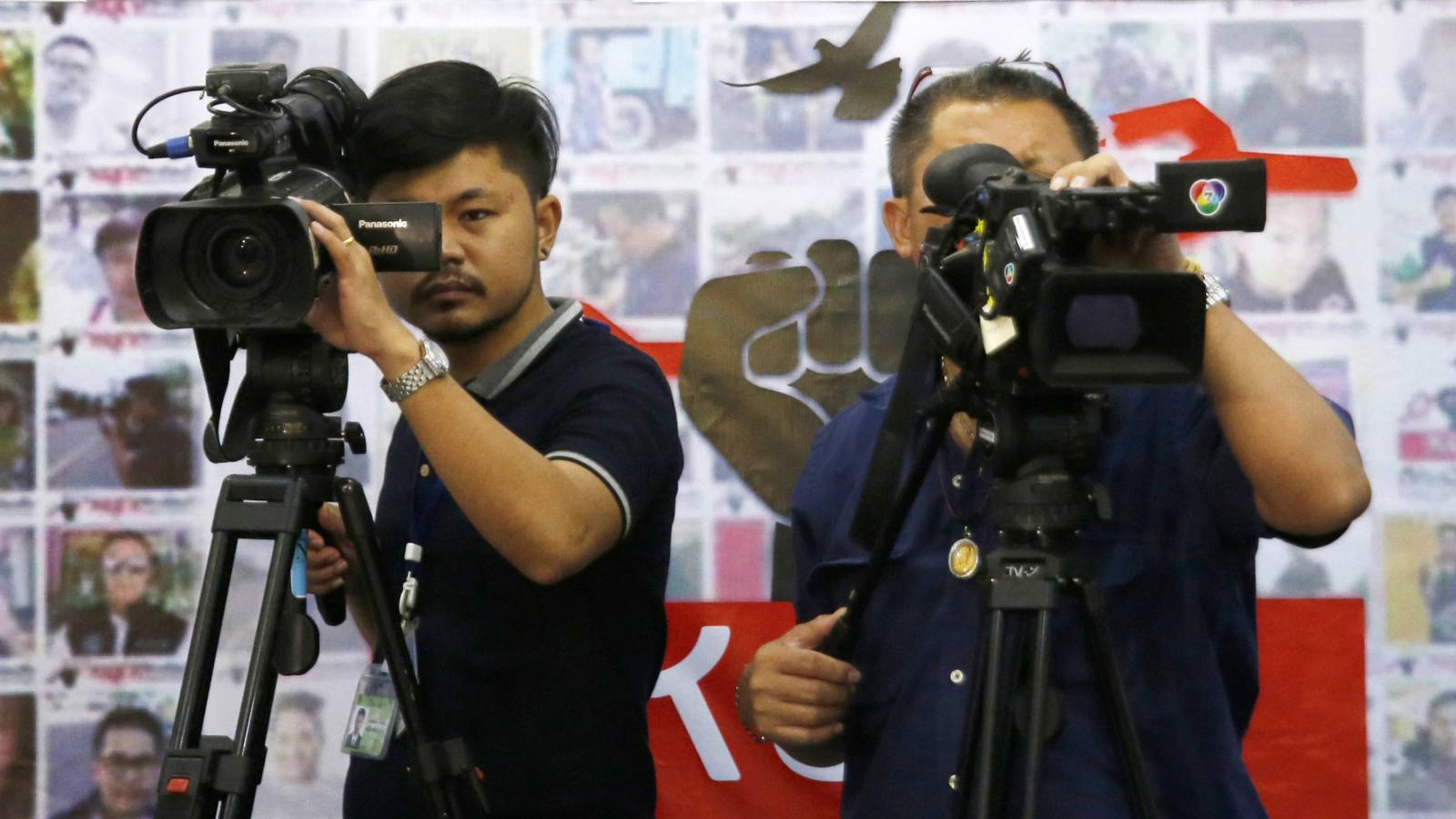 The Foreign Correspondents Club of Thailand, referring to the tax bill, said in a statement on Wednesday that "such tactics obviously jeopardize any hope of maintaining a moderately free press in Cambodia, but should also be of grave concern to all investors in the country who may find themselves on the wrong side of officialdom."

"This is a transparent misuse of power intended to choke off independent media and reporting in the run-up to July's national elections," Brad Adams, the Asia director of U.S.-based Human Rights Watch, was quoted as saying in the statement.

Teyseng remains the main point of contact for Sivakumar who has not given any interviews since the incident. "We asked them to take the article down because it threatened the integrity and professionalism of the newspaper," Teyseng said in phone interview. "But the authors rejected this and threatened to resign ... there is no major issue but they are trying to make it serious."

Anxiety is riding high among Cambodia's journalists. Many feel under pressure and are afraid of ending up like Yeang Sothearin and Oun Chhin, two ex-Radio Free Asia reporters jailed for espionage last year. The U.S.-funded outlet closed its offices in September 2017 citing government oppression.

The Overseas Press Club of Cambodia said in a statement that the Post "seems the last remaining independent news outlet in Cambodia." The country's other English-language daily, The Khmer Times "does not have a reputation for editorial independence."

However, The Khmer Times denied the accusations in an editorial headlined "Corporate greed and tax fraud at The Post." It said the Post "relied on venomous personal and degrading attacks on this paper ... in a vain attempt to prevent advertisers from placing their adverts in this paper."

Siphan at the Cambodian Council of Ministers brushed aside suggestions that the takeover at the Post had anything to do with the government. He said that it was an internal matter and there remains "a diversity of free media [in Cambodia] which we enjoy."

Nathan A. Thompson is president of the Overseas Press Club of Cambodia.