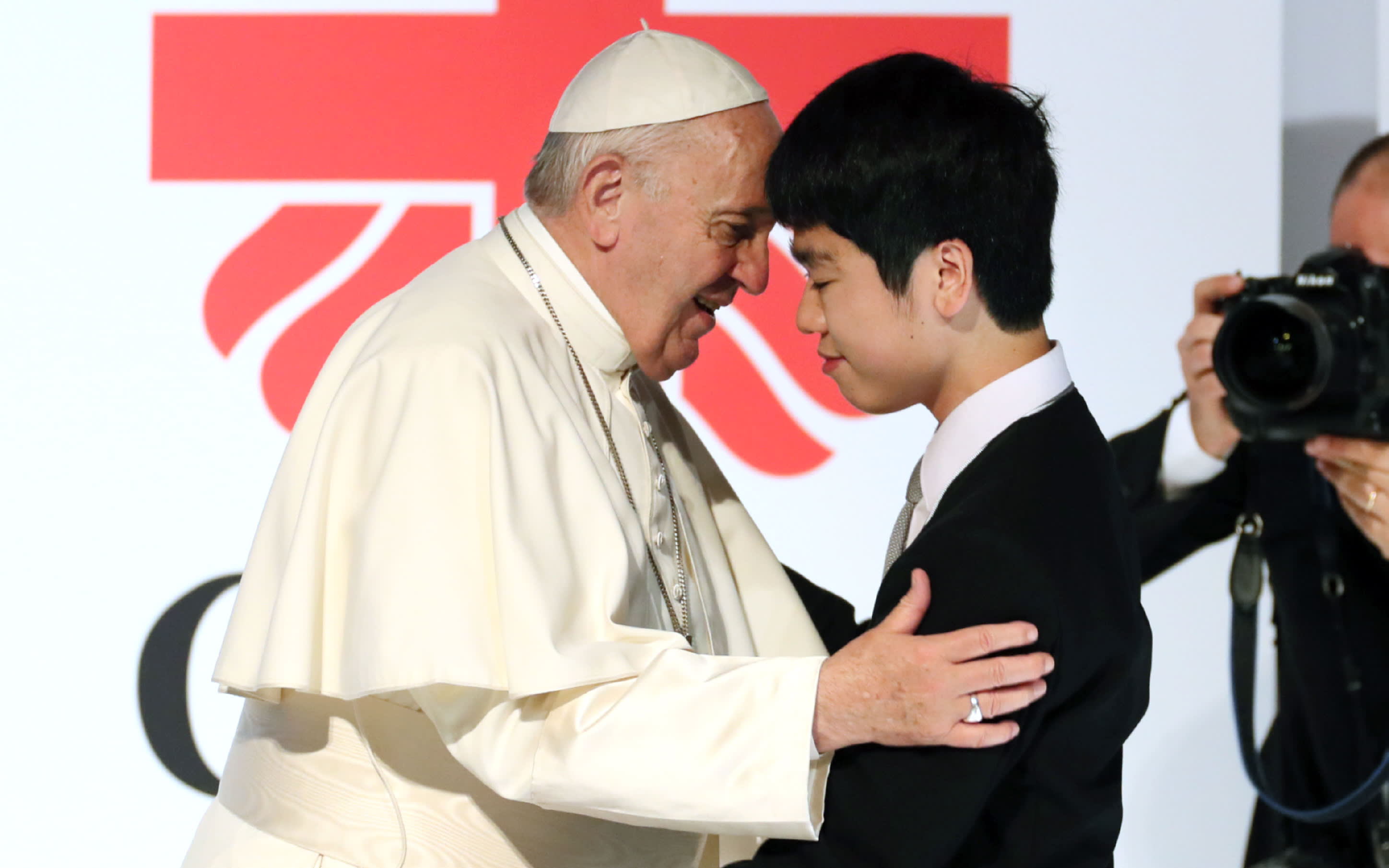 TOKYO -- Pope Francis on Monday morning met with victims of the March 2011 earthquake and Fukushima nuclear disaster, offering condolences for the more than 18,000 people who died or went missing while voicing concern over the use of nuclear power.

"Let us pray for those who died and their families, and for those who went missing," Francis said at the gathering in Tokyo, where three survivors came up on stage to share their experiences.

"I am grateful for people not only in Japan but also around the world for taking speedy action after the disaster," the pope said, encouraging the victims to continue their efforts to rebuild their communities. "Such actions should not decay after the first impact dilutes," he added, stressing the need for continuous support.

The pontiff also hinted at concerns about nuclear power, noting that Japanese bishops have called for an end to its use. "Important decisions will have to be made about the use of natural resources, and future energy sources in particular," he stressed.

Also on Monday, Francis paid a private visit to Emperor Naruhito at the Imperial Palace. Naruhito had met Pope John Paul II in 1984 while visiting the Vatican during his student days in Britain, before he became crown prince.

Later in the day, Francis is to celebrate Mass at the 55,000-seat Tokyo Dome baseball stadium. In the evening, he will meet with Prime Minister Shinzo Abe to discuss issues related to North Korea, according to Japanese government officials.

Francis, the first pope to visit Japan in 38 years, spent Sunday with survivors of nuclear bombings and natural disasters in Hiroshima and Nagasaki, asking for peace and the abolition of nuclear weapons.