Post-Trump superstars are all 'China hawks' on America's right

Senators Cotton, Hawley and Rubio compete to show who's toughest 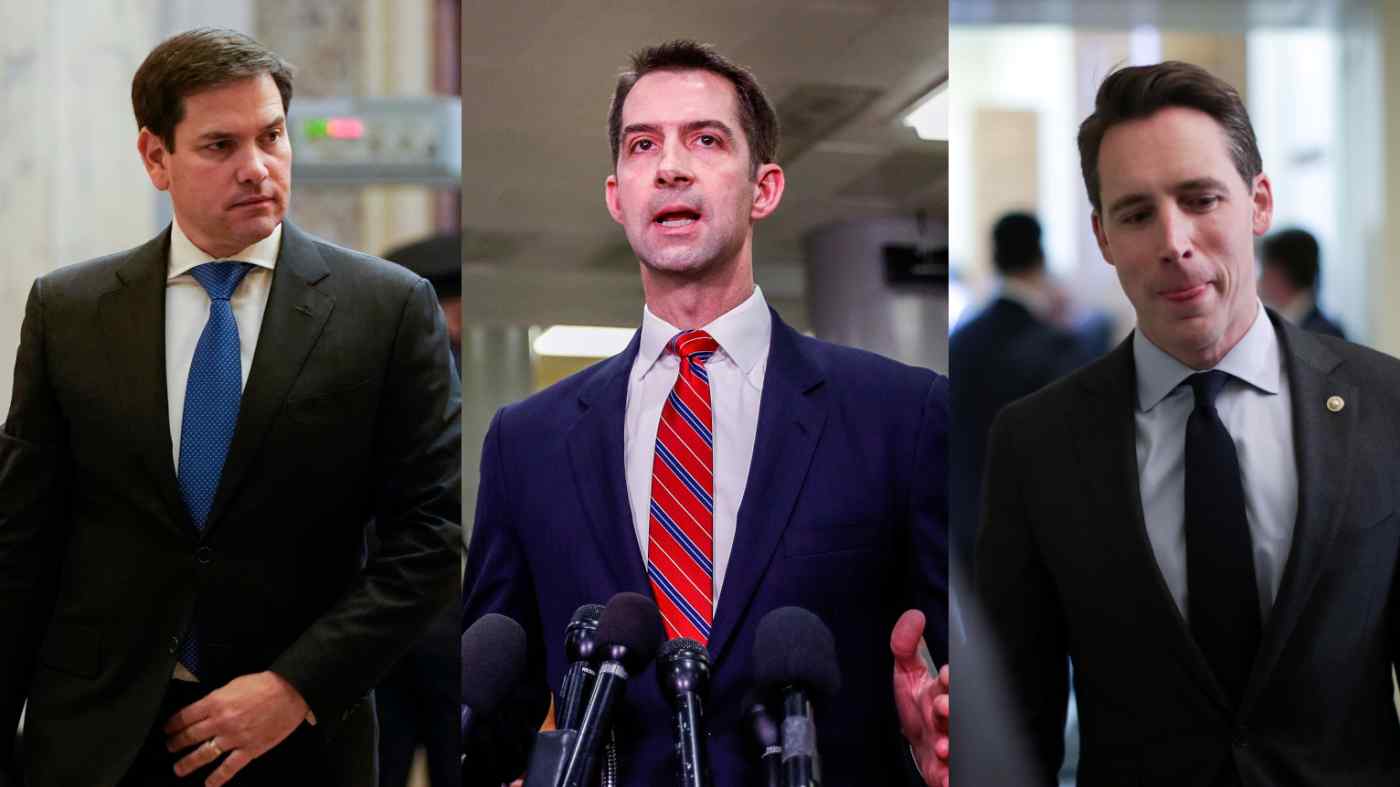 NEW YORK -- "Send in the Troops." With his New York Times op-ed calling for military intervention to protests across the U.S., Republican Sen. Tom Cotton thrust himself into the media spotlight right on the eve of the 31st anniversary of the Tiananmen Square crackdown.

Though his claim that "the basic responsibility of government is to maintain public order and safety" echoes talking points of Beijing, the lawmaker from Arkansas happens to be one of the loudest China hawks in Washington, alongside fellow Republican senators Josh Hawley, from Missouri, and Marco Rubio of Florida.