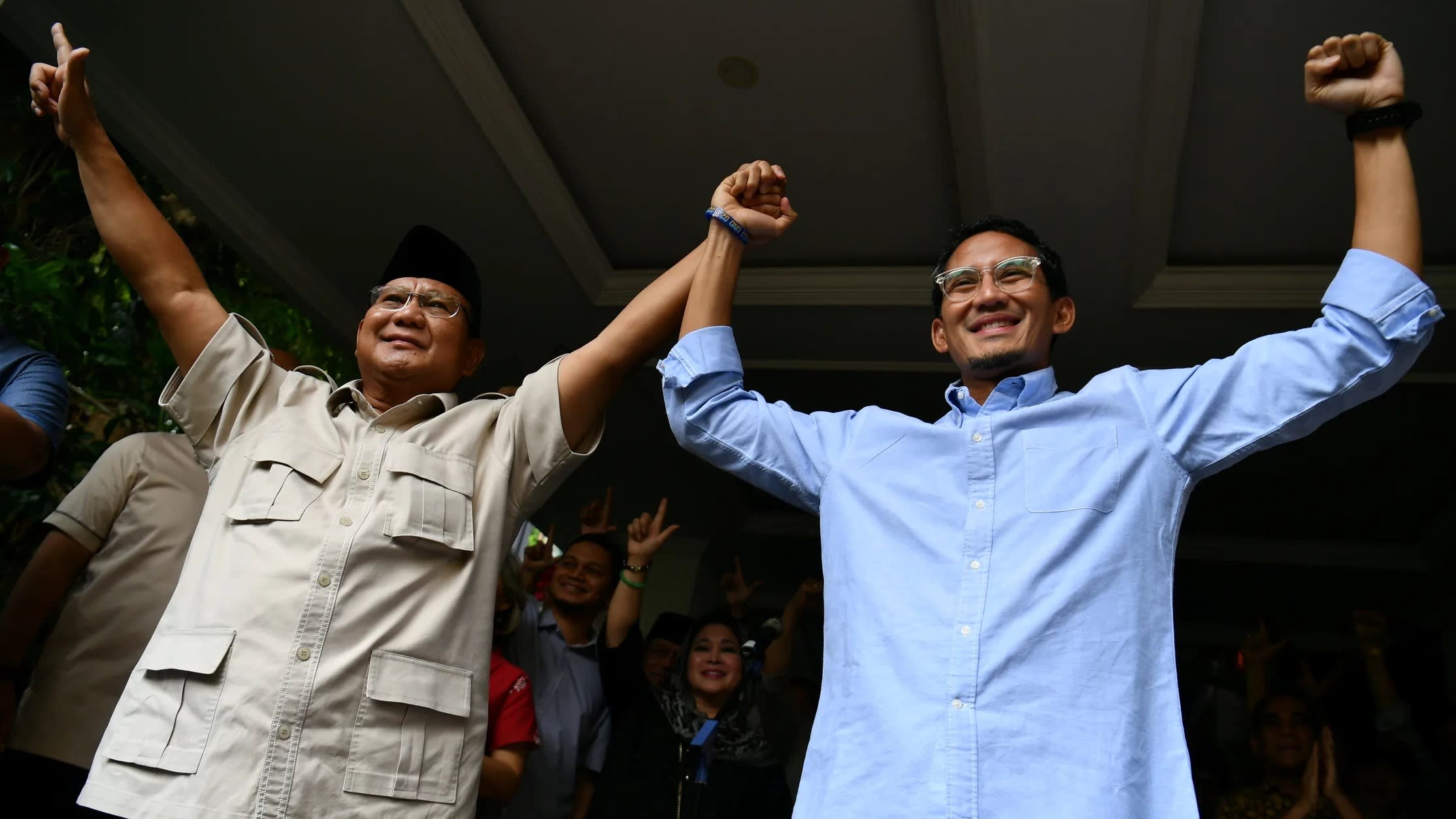 Speaking to supporters on Tuesday, Subianto said he and his running mate Sandiaga Uno "reject the result" and "will make all legal efforts to defend the people's sovereignty."

In the early hours of the day, Indonesia's election commission confirmed that Widodo's camp won the election, taking 55.5% of votes cast to beat Subianto for the second presidential race in a row.

Andre Rosiade, spokesperson for Subianto's camp, told the Nikkei Asian Review they would challenge the official counts of the April election in the constitutional court. This challenge means that Widodo's victory will not be officially confirmed until late June, the deadline for the court to conclude its investigations.

That did not stop Widodo from giving what amounted to a victory speech. The president said he and his Muslim cleric running mate Ma'ruf Amin will take up their roles by October -- when they are due to be inaugurated -- and "will lead and protect 100% of the Indonesian people."

The constitutional court has the power to overrule the result and order a partial or full rerun of the election as needed. Depending on the evidence provided by Subianto's camp, its investigation could end earlier than or beyond the late June deadline.

Subianto's team has continuously claimed the election was riddled with irregularities such as modified tallies, invalid voter lists and the burning of ballot papers by Widodo supporters. The former military general's contention that he beat Widodo in the 2014 election was rejected by the court that year.

Widodo, who spoke on Tuesday at exactly the same time as Subianto, said he will "really appreciate it" if the opposition camp goes to the court. "It is indeed a process in accordance with the constitution, the laws that we have," he said.

Meanwhile, Indonesia's security apparatus continues to be on high alert on Tuesday as it aimed to avert any civil unrest after receiving intelligence of possible terrorist attacks in Jakarta that could potentially target mass gatherings.

As of Friday, national police had detained 29 people suspected of plotting strikes in May alone. All of them were associated with Jamaah Ansharut Daulah, or JAD, the largest Indonesian pro-Islamic State cell.