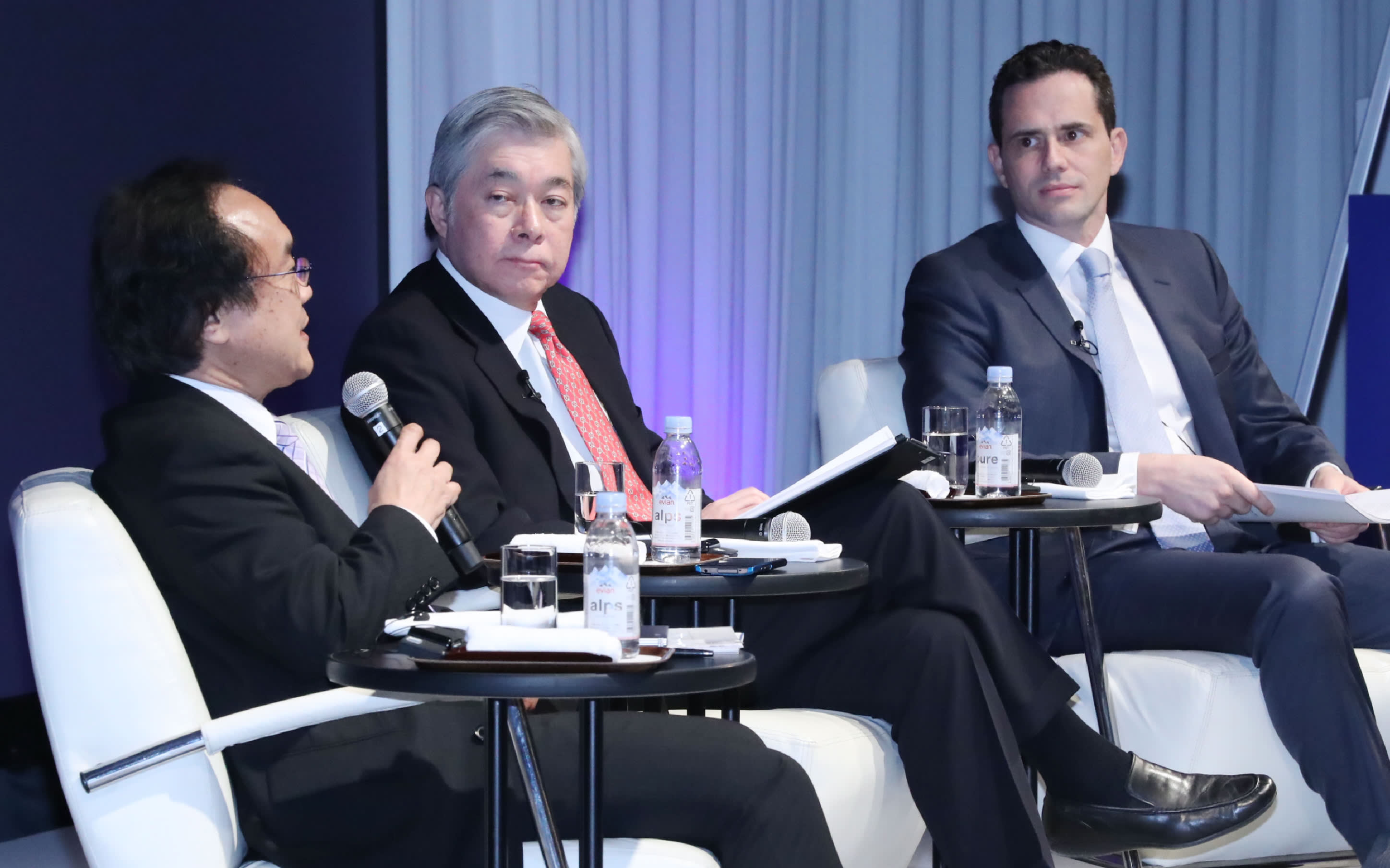 TOKYO -- With Republican Donald Trump on his way to becoming the U.S. President, the unpredictable American leader may create considerable turbulence and confusion for the world economy, according to a former U.S. trade official under the Reagan and first Bush administrations.

"The vote for Trump is part of the global phenomenon of skepticism about the free flow of people and trade," said Glen Fukushima, senior fellow at liberal think tank Center for American Progress, Wednesday at a discussion at the Nikkei Global Management Forum here, just before the news of Trump's projected victory arrived.

Fellow participant Jamil Anderlini, Financial Times Asia Editor, conceded that "large groups of people feel left behind by globalization. They are angry and they want change, even if that means voting for a less than ideal candidate."

Anderlini noted the election result's immediate impact on the market. "Just before this discussion, Dow futures were lower by nearly 1,000 points. I remember on Sept. 11, 2001, the Dow fell only by 540 points," he said. "So Nov. 9 could end up being much more economically damaging than Sept. 11."

Anderlini added that the Trump victory is not the result of economic hardship. "Wisconsin and Michigan's unemployment rate were just 4.5%, so it's hard to make the economic case. Results from those states show that the whitest counties voted for Trump by an unprecedented margin," he said. "What we may be seeing is that the idea of post-racial America is not true."

"The element of race was something Donald Trump was able to tap into much more effectively than previous candidates," Fukushima stressed.

Trump's future trade policy remains a mystery, but both participants said one thing was certain: His unpredictability. "Some say that Trump, being a pragmatic businessman, would know his limits in foreign policy. Frankly I think it's too early to know," Fukushima said.

Anderlini gave advice to the business people attending the conference. "I advise you to start looking at places to invest in the U.S., so you can get around the tariffs President Trump might introduce."

The New Zealander jokingly added: "You should also start looking for properties in New Zealand. Because if there is a nuclear war, that will probably be the safest place."