Iwanami Shoten's Kojien, a dictionary widely accepted as the most influential and truest representation of the language, sparked controversy over its reference of Taiwan on its first revision in a decade.
KENSAKU IHARA, Nikkei staff writerJanuary 12, 2018 15:51 JST | Japan
CopyCopied

TAIPEI -- The seventh edition of a prestigious Japanese dictionary hit stores on Friday and immediately sparked controversy over its references of Taiwan.

Kojien, in its first revision in a decade, has again defined Taiwan as part of the People's Republic of China. A map in the dictionary of administrative regions in China describes the republic as China's 26th province.

The dictionary is widely accepted as the most influential and truest representation of the Japanese language.

Before the major revamp, Taiwan authorities demanded that the publisher, Iwanami Shoten, correct the expression, arguing Taiwan is by no means part of China. Iwanami categorically refused the request.

In 1972, Japan switched its diplomatic relations from Taipei to Beijing in a joint communique with China. The dictionary explains that the communique, from the Japanese government's point of view, "effectively confirms that Taiwan belongs to China."

Expressions regarding Taiwan generally remain unchanged in the seventh edition.

The Taipei Economic and Cultural Representative Office, equivalent to Taiwan's embassy in Japan, on Dec. 11 complained to Iwanami, saying some entries were incorrect. It also asked for corrections. 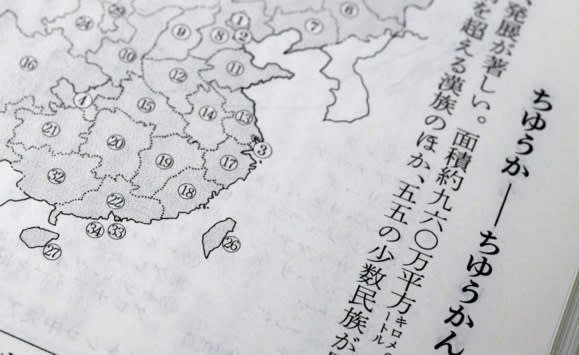 Iwanami on Dec. 22 released a statement on its website saying the publisher does not find the dictionary's entries wrong. It also explained that the expression "Taiwan Province" appears on a map attached to the term "People's Republic of China" and that it simply referred to information provided by China.