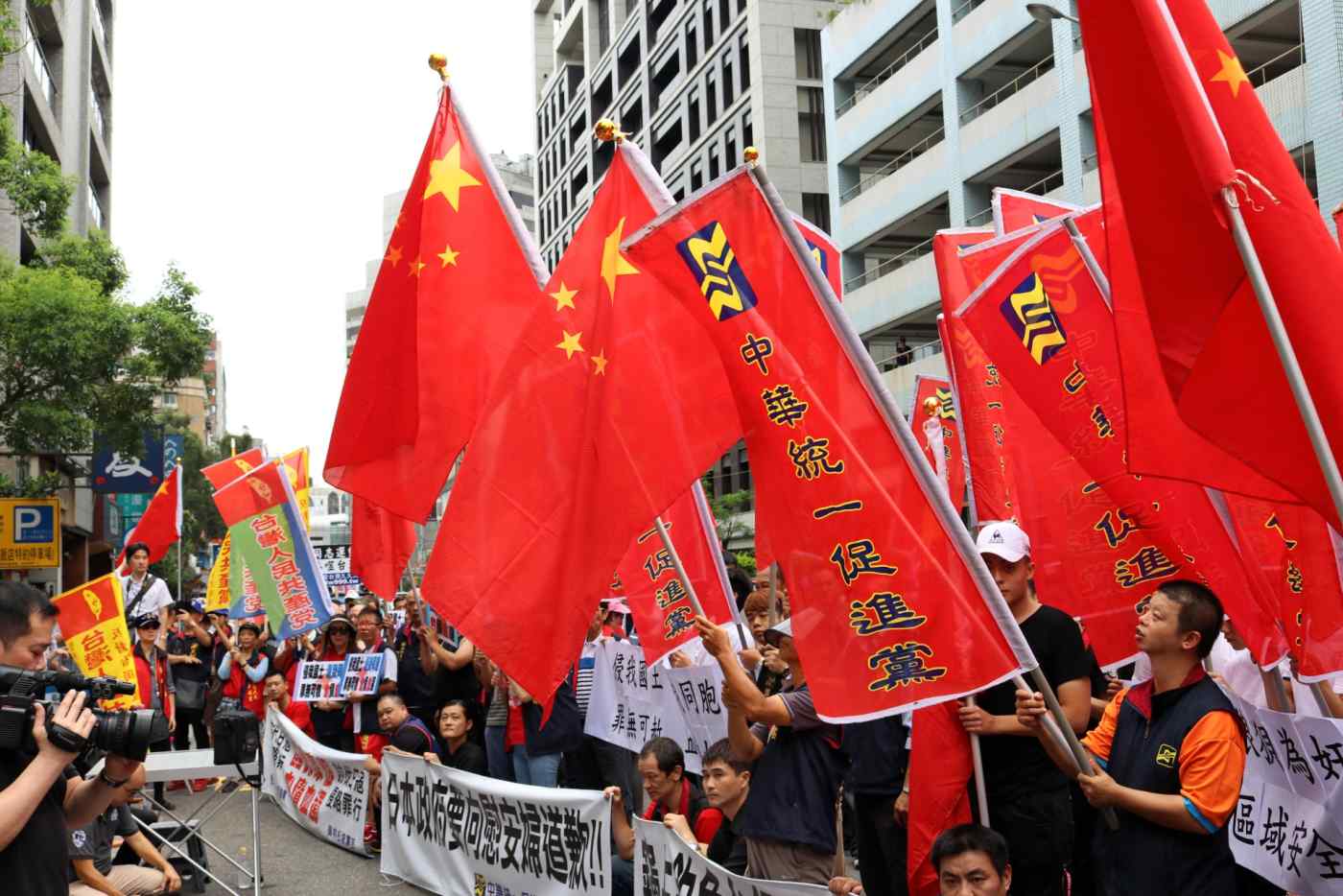 TAIPEI -- An unsettling scene unfolded on the streets of Taipei during a rally commemorating the 80th anniversary of the event that triggered the Second Sino-Japanese War, the infamous Marco Polo Bridge Incident of July 7, 1937.  Without warning, a number of protesters began hoisting the red, five-starred flag of the People's Republic of China, Taiwan's nemesis.