Chief Justice Maria Lourdes Sereno has denied accusations leveled at her by the House of Representative's justice committee.   © Reuters
Politics

MANILA -- A congressional committee in the Philippines on Thursday established probable cause to impeach the country's chief justice, who has often tangled with President Rodrigo Duterte.

Voting 38-2, the House of Representatives' justice committee found basis to impeach Chief Justice Maria Lourdes Sereno for corruption and violating the constitution for her alleged opulent lifestyle while in office, under reporting of assets and earnings, and making unilateral decisions in the Supreme Court.

House Majority Leader Rodolfo Farinas said Congress will take its time crafting the impeachment complaint before putting it to a vote in plenary.

The lower house needs a third of its 292 members to impeach Sereno and transmit the case to the Senate, which will transform itself to an impeachment court. Congress has until October to endorse the case.

Sereno has denied the accusations and refused to appear before the committee, saying that she will defend herself in the Senate.

"I will not throw in the towel. After all, my day is still to come at the Senate impeachment court," Sereno told a group of women judges on Thursday.

Meanwhile, Sereno faces ouster from the Supreme Court after the government's chief lawyer sought to invalidate her appointment for her supposed ineligibility.

Sereno has stood up to Duterte since the firebrand leader first assumed office. In 2016, Sereno told Duterte in a letter that judges named in Duterte's "narco-list" be accorded due process. Duterte rebuked Sereno, saying she is interfering with his job.

On Wednesday, Sereno lashed out at the government's alleged drift towards authoritarianism without specifically mentioning Duterte.

"The current state of the nation is one where perceived enemies of the dominant order are considered fair game for harassment, intimidation and persecution, where shortcuts are preferred over adherence to constitutional guarantees of human rights, including the denial of due process," Sereno said, citing passages from the constitution.

"Coarseness, including the denigration of women, rather than civility, mark the language of the podium," she added.

Sereno has also voted against Duterte's policies that have come before the Supreme Court, including the declaration of martial law in the southern Philippines to quell an Islamic State-inspired rebellion, as well as the heroes' burial accorded Ferdinand Marcos, the country's late dictator and former president.

Duterte has denied involvement in the plot to unseat Sereno, saying he does not meddle with a coequal judicial branch. But he also said last year he wants Sereno and the country's anti-graft chief removed for impeachable offenses.

Duterte has accused Sereno of conspiring with the opposition to oust him from office. The president's spokesperson, Harry Roque, has urged Sereno to resign "to spare the institution from any further damage."

Sereno's colleagues have forced the embattled chief justice to go on indefinite leave starting Mar. 1. She said she will use the time off to prepare for the expected Senate trial. 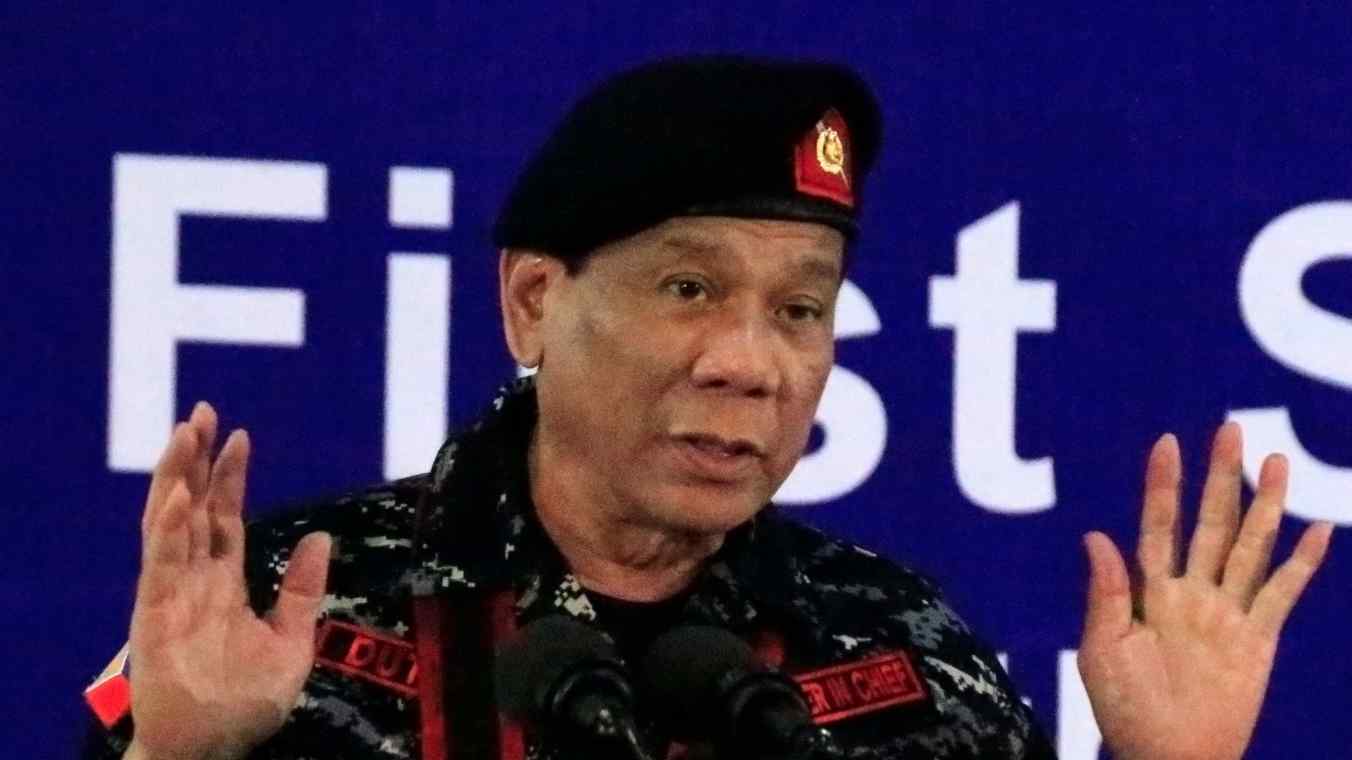 Former President Benigno Aquino appointed Sereno, 57, in 2012 as one of the country's youngest chief justices in history. She was expected to serve until 2030, when she turns 70.

Sereno is facing a similar fate as her predecessor, Renato Corona, who was removed from office after an impeachment trial before the Senate.

Representative Arlene Bag-ao, one of the two dissenters in the congressional vote, said impeachment is a guaranteed constitutional process, but has warned of proceeding with impeachment cases that lack basis.

"There is a clear bias in collecting evidence. There are democratic due process requirements that should have been followed," Bag-ao said.