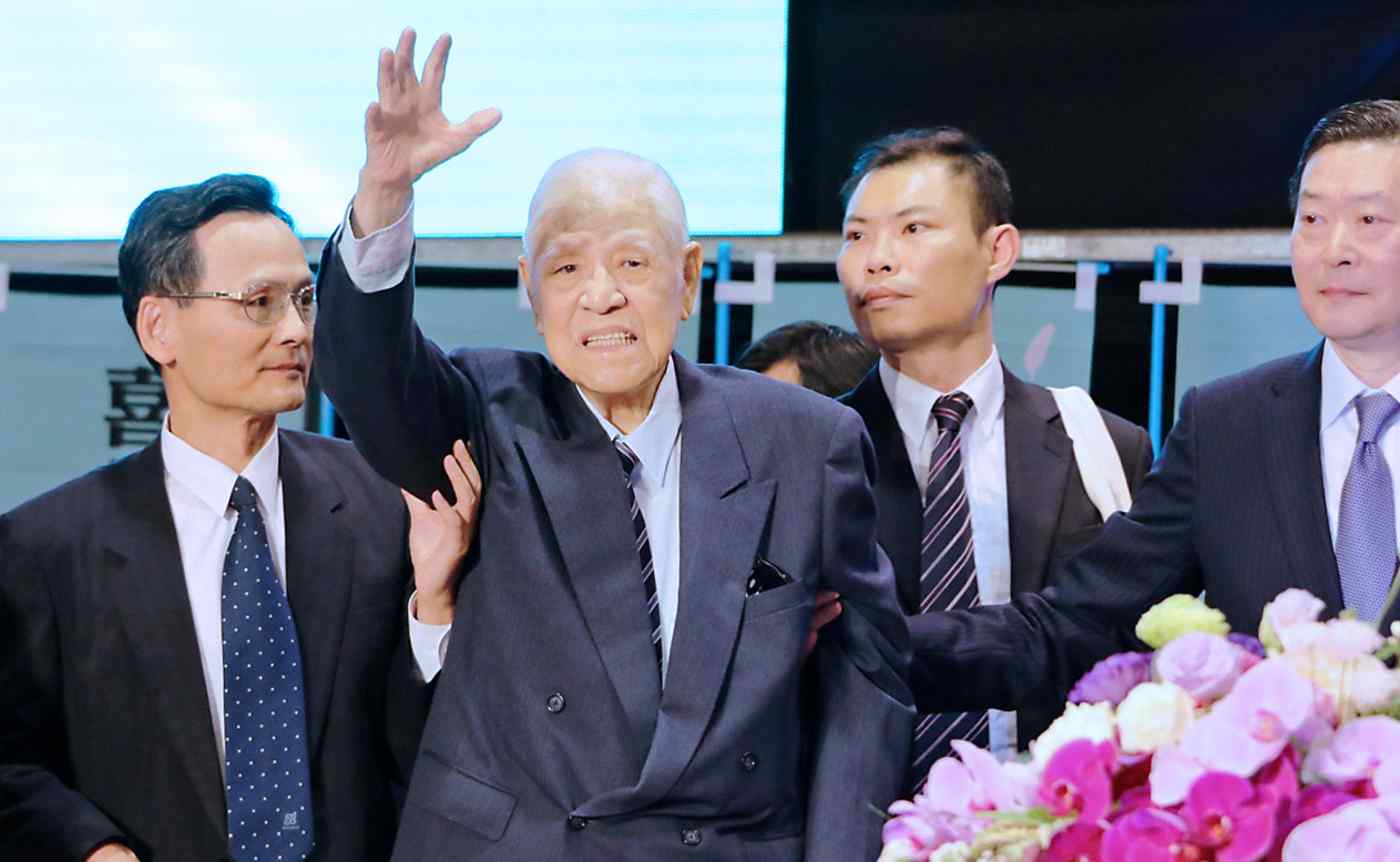 KAOHSIUNG, Taiwan -- Political parties and organizations demanding a referendum on Taiwan's independence have formed an alliance to further their initiative.

The Formosa Alliance was established on Saturday, prompted by a sense of crisis in the face of growing pressure from China for unification.

Taiwanese generally favor the status quo as regards China, and President Tsai Ing-wen, a moderate, distances herself from the independence movement. But backers of the initiative wield some influence over the ruling Democratic Progressive Party and could use their power to push Tsai into taking a firmer stance with China.

At a rally in the southern city of Kaohsiung on Saturday to declare establishment of the coailtion, former President Lee Teng-hui, 95, called for Taiwanese to tell the world that they will determine their own future and that China should abandon its goal of unification. His remarks drew applause from the crowd of about 3,000.

The alliance is led by Kuo Pei-hung, chairman of Formosa Television and counts pro-independence political parties like the Taiwan Solidarity Union and the Taiwan Radical Wings as members.

Also in attendance at the rally was Huang Kuo-chang, leader of the New Power Party that grew out of the Sunflower Student Movement, and Yu Xikun, a DPP heavyweight and former president of the Executive Yuan.

The alliance wants to hold a referendum on Taiwan's independence in April 2019, change the island's name from the Republic of China to Taiwan, and apply for membership in the United Nations.

Constitutional amendments and other procedures are required for the name change, including support by more than three-fourths of the legislature. Many experts see a legally binding referendum as difficult to achieve.

But pro-independence forces are pushing for it as they become increasingly frustrated with Taiwan's situation.

While China ramps up diplomatic pressure and tries to isolate Taiwan from the international community, the Tsai administration has yet to take effective countermeasures.

Participants in Saturday's rally aired complaints about Tsai, expressing dissappointment with her administration since it assumed power two years ago.

China's Anti-Secession Law permits "non peaceful means" to counter any moves by Taiwan toward formal independence, and tensions are likely to flare if the island goes ahead with the referendum.

The United States, which considers Taiwan part of its security strategy in the region, increasingly uses the island as a bargaining chip with China, but is opposed to any moves that may heighten tensions in East Asia and harm negotiations with the mainland.

The Tsai administration's efforts to maintain the status quo reveal Taiwan's scarcity of options and Tsai appears unlikely to align herself with pro-independence forces, despite their presence in the DPP.

With local elections slated for November as a prelude to the presidential election in 2020, the need for Tsai to unify the DPP is growing, raising the question of whether she can continue her moderate policy. Her stance regarding China will be closely watched.