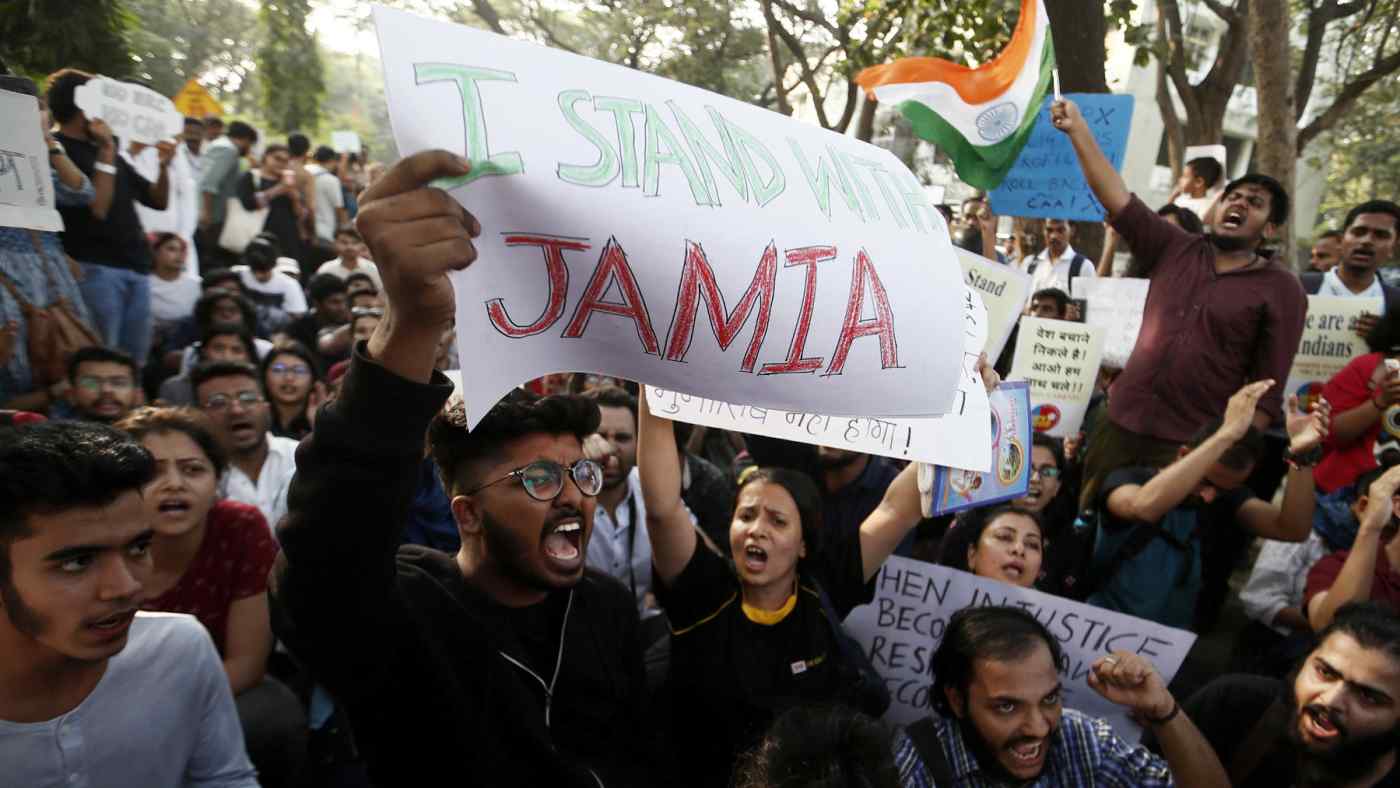 NEW DELHI (Reuters) -- Protests over a new Indian citizenship law based on religion spread to student campuses on Monday as critics said the Hindu nationalist government was pushing a partisan agenda in conflict with the country's founding as a secular republic.

Students pelted stones at police who locked up the gates of a college in the northern city of Lucknow to prevent them from taking to the streets. About two dozen students at another college in the city sneaked out to protest.