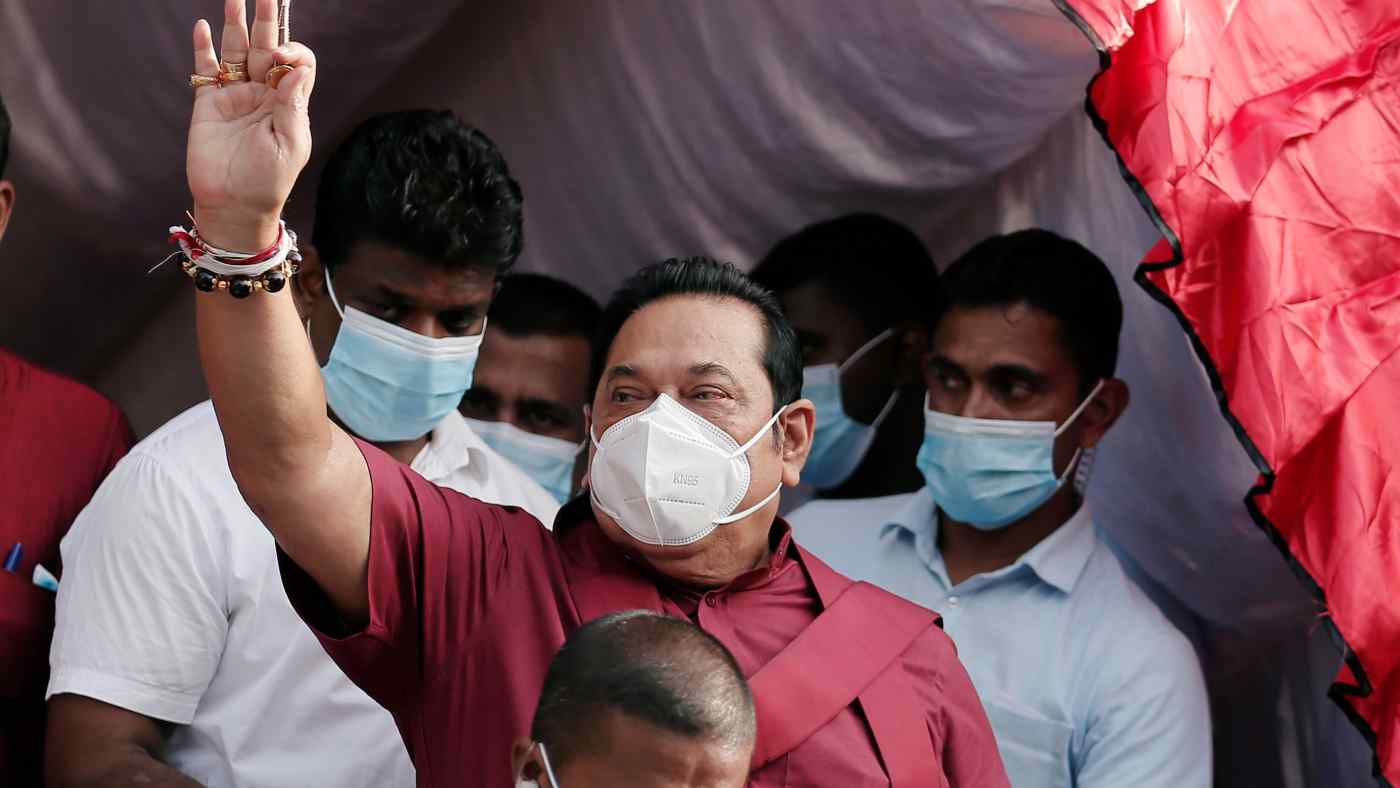 BANGKOK -- Sri Lanka's most influential political family -- the Rajapaksas -- led their party to a landslide victory in Wednesday's general election, their second electoral success in less than a year, as they campaigned on political stability and tapped into ultranationalist sentiment.

The Sri Lanka Podujana Peramuna -- a political vehicle for the Rajapaksas, who hail from the south of the country -- won 146 seats in the 225-member legislature, tallying a record of nearly 6.8 million votes for a parliamentary poll and giving the party a decisive majority.

The two election victories come as China deepens its ties with the Rajapaksas, who appear to lean toward Beijing rather than India. China's multibillion-dollar loans under its Belt and Road Initiative and financial aid have given it an edge over India in Sri Lanka. Even Japan and the U.S., who are vying for influence in the Indian Ocean, trail China in this respect.

Wednesday's results mirrored the party's gains at the November 2019 presidential election, which Gotabaya Rajapaksa won decisively with over 52% of the vote.

The electoral map that unfolded as results came in Thursday night showed where the SLPP had made strong gains among the 22 electoral districts. It won key districts of Polonnaruwa, Kurunegala and Ratnapura in the country's rural heartland, home to the country's Sinhalese-Buddhist majority, whose concerns the hawkish Gotabaya Rajapaksa has championed. Rajapaksa's win is expected to boost his long-lasting ties with China rather than India.   © Reuters

The SLPP campaign was led by Gotabaya's elder brother, caretaker Prime Minister Mahinda Rajapaksa, a political veteran whose decade as the country's president ended in 2015 and laid the foundations for the rise of this formidable clan.

Their combined political muscle succeeded in making inroads even into multi-ethnic constituencies, such as the Colombo district, which has a sizable chunk of voters from the country's Tamil and Muslim minorities. The SLPP won nearly 60% of the votes and secured 12 seats, the most for the district that houses Colombo, the commercial capital.

The scale of victory for the Rajapaksa camp became clear to foriegn leaders following the elections even before the final results were announced. Not surprisingly, Indian Prime Minister Narendra Modi became the first to call his Sri Lankan counterpart Mahinda early on Thursday night to congratulate the SLPP. In response, Mahinda tweeted his appreciation, noting that "Sri Lanka and India are friends and relations." Wednesday's poll decimated the right-of-center United National Party, one of Sri Lanka's oldest parties, which barely managed to win a single seat, a new low for a party that had bagged 106 seats in the 2015 parliamentary poll. It was a humiliating drubbing for party heavyweights like former prime minister Ranil Wickremesinghe, who lost his seat. Wickremesinghe was the leader of Sri Lanka's previous coalition government, which was fractious and unstable.

However, UNP voters rallied behind the Samagi Jana Balawegaya, a breakaway faction, giving it 54 seats in its first parliamentary elections. SJB is led by Sajith Premadasa, a former UNP deputy leader, and it carved up 2.7 million votes, nearly 23% of the ballots cast. It made inroads in some urban districts and those with minority voters, traditional UNP strongholds.

The final tally, which includes 10 seats won by an alliance of Tamil parties, and 3 seats won by a Marxist-leaning party, pointed to the Rajapaksas coming within a hair's breadth of attaining their goal of 150 seats to secure a two-thirds majority. Gotabaya sought that target to push for a constitutional amendment to enhance his executive powers.

But securing that "super-majority" is all but certain from the five likely votes that SLPP is expected to get from its allies that contested as independent groups. 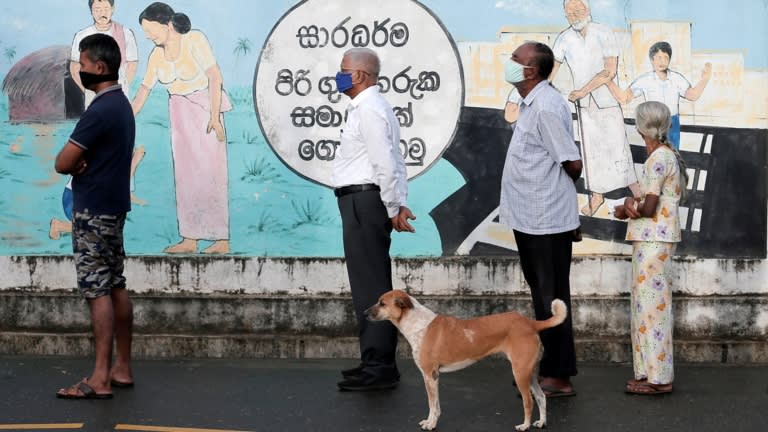 People wearing protective masks wait in line outside a polling station in Colombo as they prepare to cast their votes during the parliamentary election.   © Reuters

The likelihood of the Rajapaksas imposing an authoritarian style of government, a hallmark during Mahinda's presidential term, did not deter voters. They also did not shy away from voting despite the coronavirus pandemic, with voters streaming in from 7 a.m. in masks and adhering to social distancing rules. Coronavirus has infected over 2,800 people and killed 11 in Sri Lanka.

On Wednesday, over 70% of the 16.2 million registered voters cast their ballots, the average benchmark for national elections. The significance of that was not lost on local election observers, who gave a clean bill of health for South Asia's first general elections held during the time of COVID.