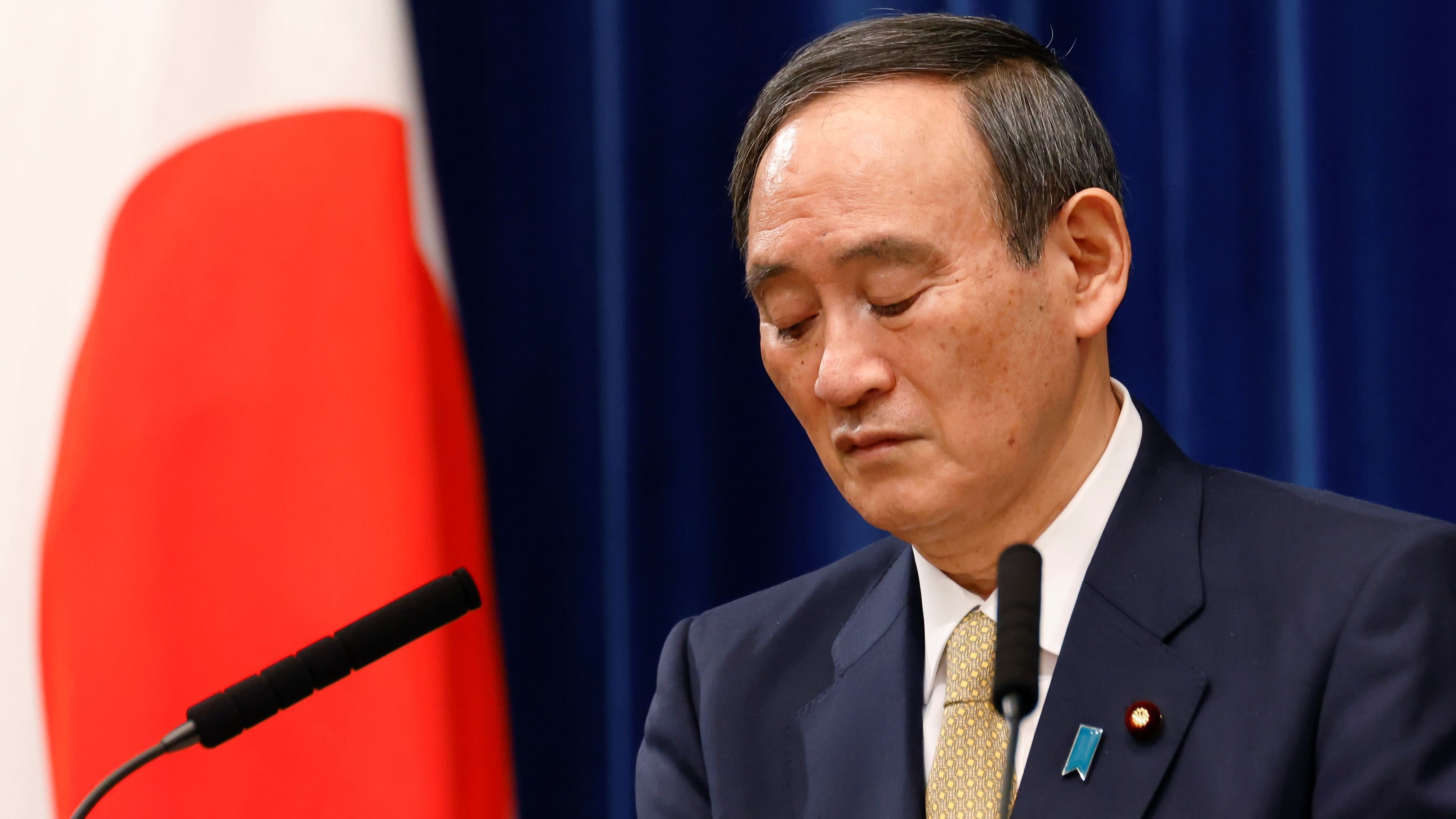 TOKYO -- Japanese Prime Minister Yoshihide Suga's pledge on the opening day of the current parliamentary session to quickly contain the coronavirus was met with jeers from opposition lawmakers, illustrating a host of unenviable challenges that await him.

He must emerge unscathed from the 150-day legislative session, win the LDP's presidential race in September, and deliver a victory for his ruling Liberal Democratic Party in a general election that will take place before October.

As pundits scramble to predict the fate of this pandemic-era government, they turn to cabinet approval ratings -- the go-to measure for the talking heads on TV news shows.

Suga started his tenure in September with high marks, but the numbers quickly headed south as the third wave of coronavirus infections descended on the country. An NHK survey in December showed support for his cabinet at 40% and that for the LDP at 38%. In some recent surveys, his public support is trending below disapproval ratings.

Mikio Aoki, the secretary-general of the LDP upper house caucus in the 2000s, advocated a clear-cut rule: If the sum of public support for the cabinet and LDP dips below 50, the prime minister must go. By that metric, Suga's situation is not so dire. Still, his total is down 25% from the 103 recorded when his cabinet was launched.

Instead of approval ratings, denizens of Nagatacho, Japan's political nerve center, prefer to look at the outcome of local elections.

The problem with opinion polls is that they do not accurately depict the level of voter enthusiasm or discontent. Many survey respondents rail against the prime minister, saying "he should be fired," but do not actually vote. As a result, the party of cabinets with low approval ratings often ends up winning elections.

An experienced pollster knows that support for the cabinet is tepid when many poll respondents say they back the cabinet because "there are no better options." But actual voting behavior in elections speaks volumes about a prime minister's sway.

There are two special elections for lower- and upper-house seats on April 25. These are seen as the first tests for the Suga-led LDP. Top party leaders have been bickering over whether a double loss would lead to a shake-up that could threaten Suga's grip on the party. Even though the LDP recently dropped its candidacy in one race, the intense debate is a reflection of lawmakers' strong interest in the elections.

But a gubernatorial election in Suga's home prefecture of Akita, slated for April 4, might offer a better assessment of his influence.

In special elections, LDP candidates are often pitted against opposition candidates. A loss by the LDP candidate would thus result in newspaper headlines screaming "a blow to the government." On the other hand, in the Akita gubernatorial election, Norihisa Satake, the conservative incumbent, is facing independent Toshihide Muraoka, a former lower house lawmaker who also leans conservative.

By conventional logic, because a conservative incumbent is fending off a challenge by another conservative, any outcome should be considered politically neutral for the LDP.

But more is actually at stake in this race. Although the prime minister has yet to show his hand, he is believed to be supporting Muraoka.

Suga was apparently irked by Satake's less-than-cooperative stance on the government's now-scrapped plan to deploy an Aegis Ashore missile defense system in the prefecture.

Suga likes to meddle in local politics. In the 2019 Hokkaido gubernatorial election, Suga, who was the chief cabinet secretary at the time, pushed for Naomichi Suzuki to be the party candidate -- over the objections of the LDP's local chapter. Suzuki eventually won the party's backing and went on to clinch the governorship.

In the Fukuoka gubernatorial election held on the same day, the candidate backed by Suga beat the opponent supported by Deputy Prime Minister Taro Aso. The win in this proxy battle boosted Suga's standing in the party. Had Aso's candidate won, the current prime minister might be former LDP policy chief Fumio Kishida, whom Aso had pushed as Shinzo Abe's successor.

Suga outmaneuvered the Hokkaido chapter that year, but his track record in local politics is less than spectacular. In many previous elections, candidates who had Suga's full support failed to secure local party organizations' blessings.

Unlike parliament members, who are beholden to the whims of the prime minister's office, governors and members of local legislatures are not afraid to contradict bosses in Nagatacho. They often bristle at national politicians trying to force decisions on them.

Despite having served in a city council, Suga is rather obtuse when it comes to local politicians' anti-Nagatacho streaks. His ambition for central politics must have skewed his view.

Unlike races pitting the LDP against opposition parties, an election that divides conservative voters reveals the true gravitational pull of the politicians involved. Political pros are thus closely watching the Akita race.