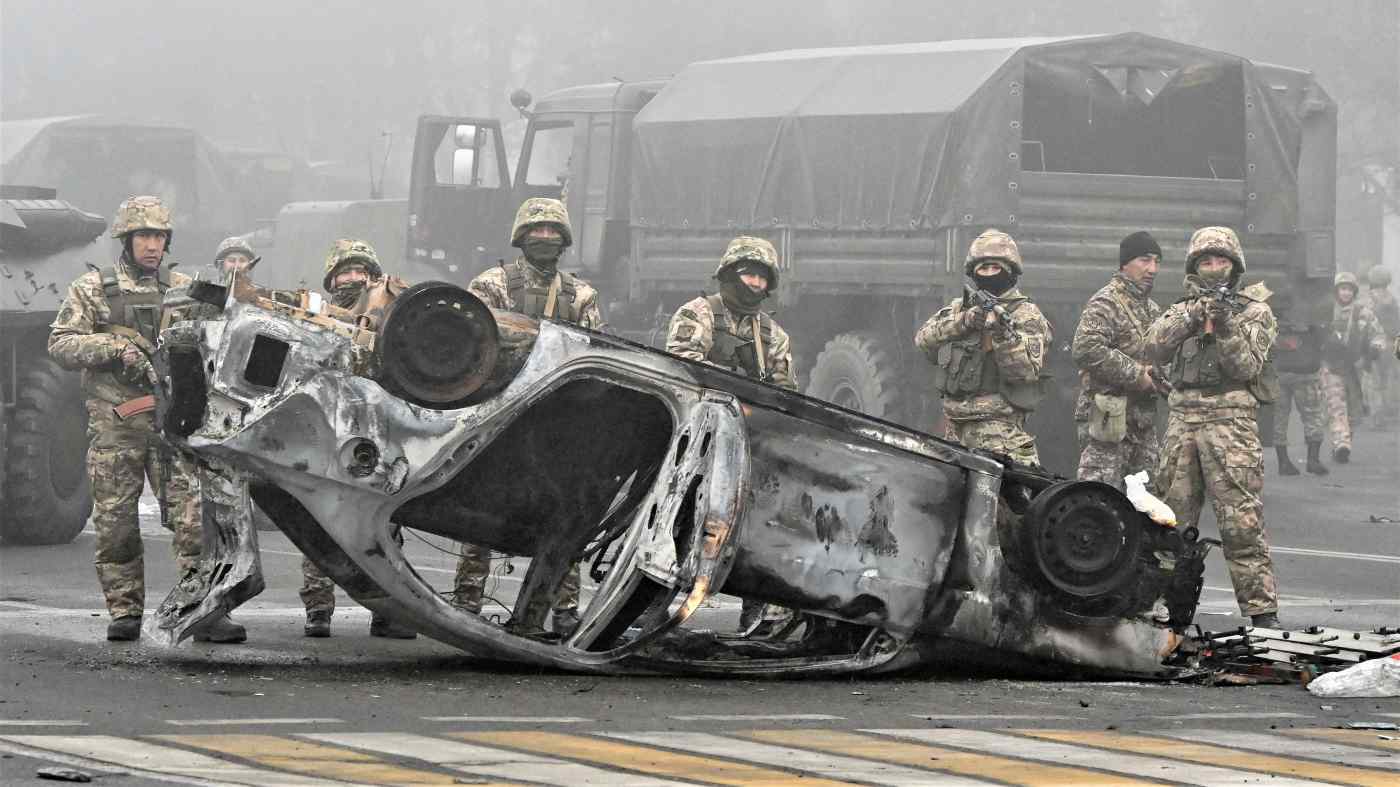 Troops are seen in the main square of Almaty on Jan. 6, during protests against the government.   © Reuters
January 11, 2022 17:56 JST | Kazakhstan
CopyCopied

Tokayev told parliament he was appointing a long-serving career public servant Alikhan Smailov as prime minister and spoke of initiatives to narrow the wealth gap, raise taxes on the mining sector, and eliminate irregularities in state procurement.