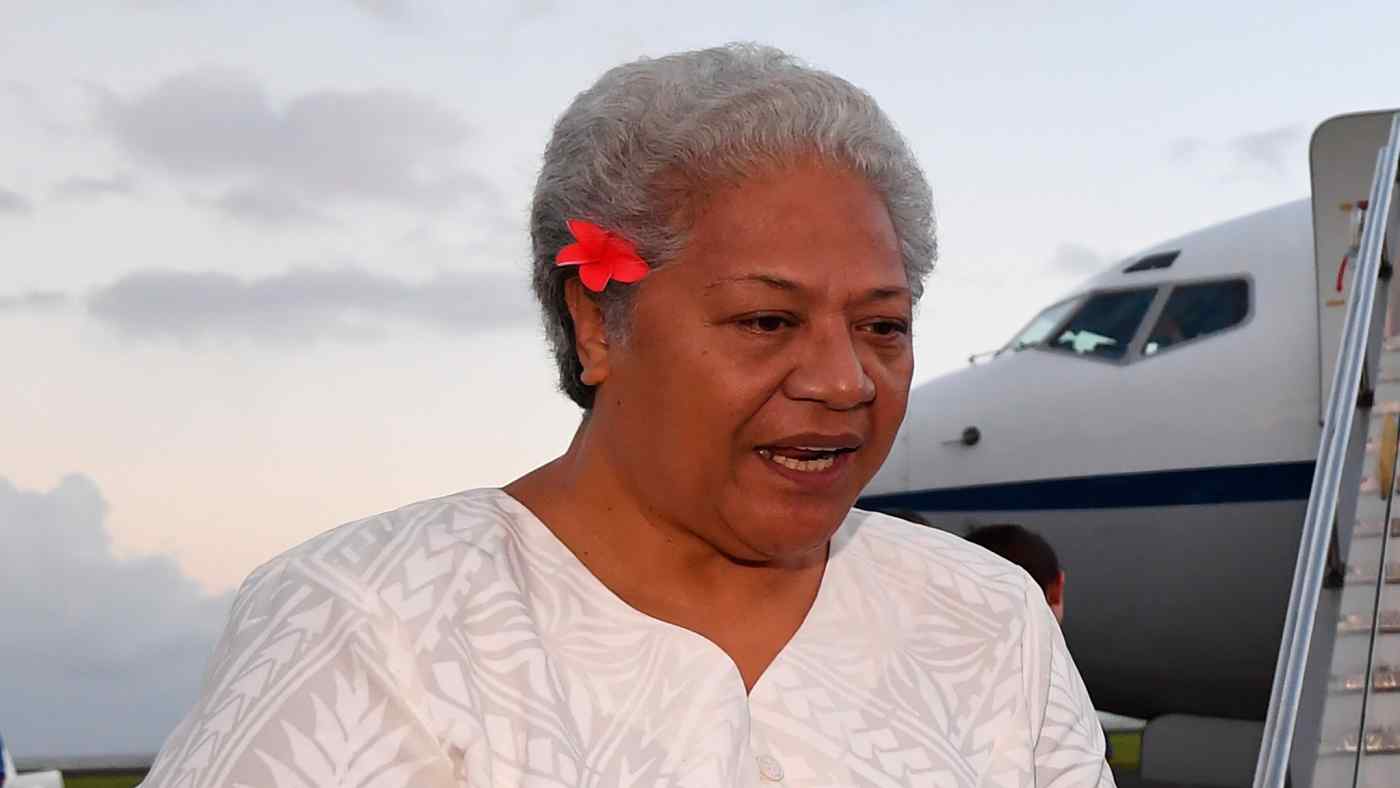 The change is expected to bring a review of China-funded infrastructure development under departing Prime Minister Tuilaepa Aiono Sailele Malielegaoi that has ballooned Samoa's debt. Fiame told Reuters in May that she plans to scrap a $100 million port development project backed by Beijing.

Fiame's Fa'atuatua i le Atua Samoa ua Tasi party and Tuilaepa's Human Rights Protection Party each won 25 seats in the 51-seat legislature in the general election in April. The sole independent threw his support behind FAST, giving the party a one-seat majority, but Tuilaepa, who has been in office since 1998, refused to cede power.

The country's court of appeals ruled Friday that FAST had won the election, holding that the makeshift swearing-in ceremony that the party held May 24 while locked out of parliament was legitimate.

Fiame previously served as deputy prime minister to Tuilaepa before defecting from HRPP last September to join the opposition.