Scared of China? In US, fear runs along age, partisan lines

Trump's 'get tough' stance on trade resonates widely among Americans 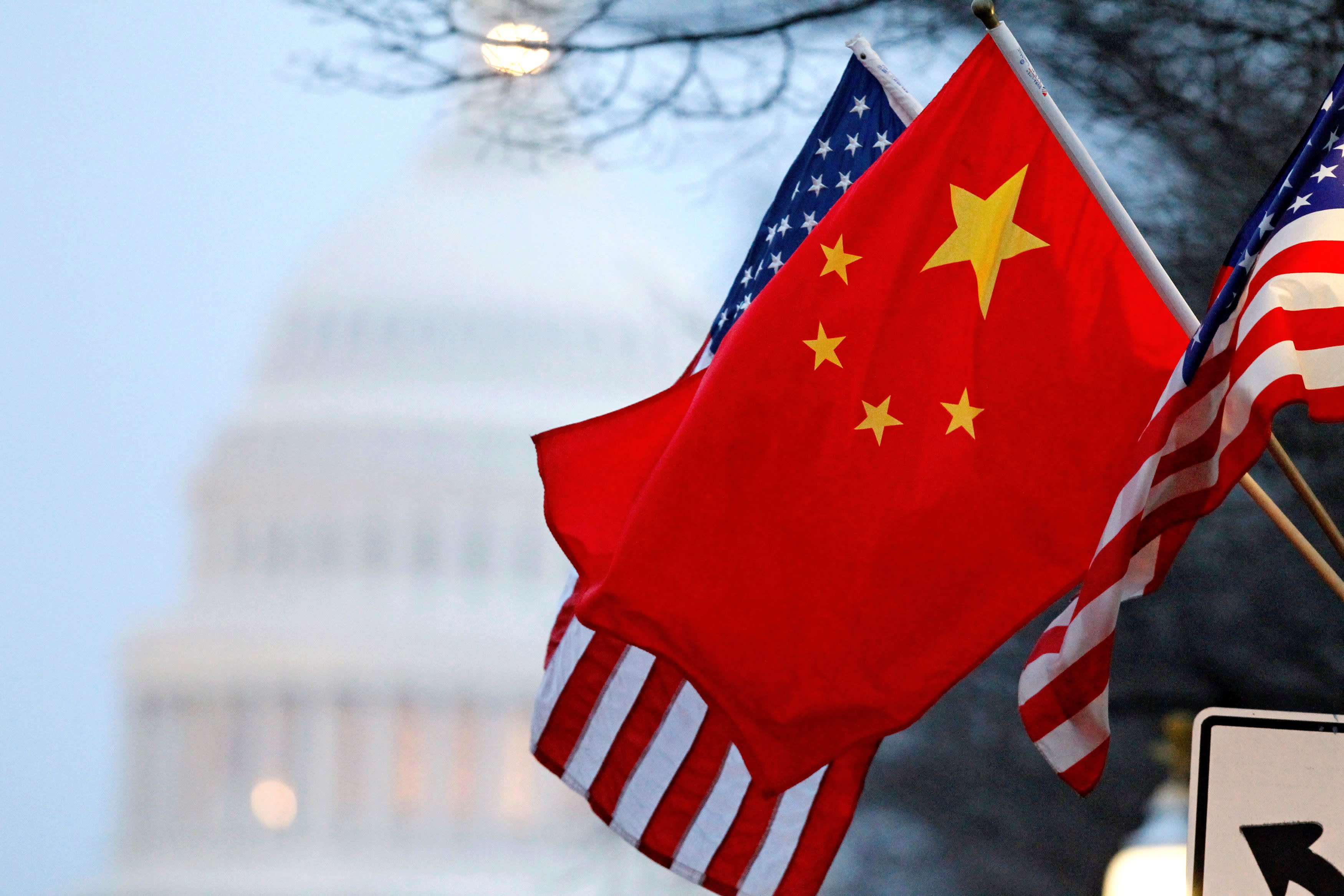 The Chinese and U.S. flags fly along Pennsylvania Avenue near the U.S. Capitol.
CopyCopied

Over the past quarter century, more than one U.S. president has pledged to get "tough on China." In 1992, in the wake of the Tiananmen Square massacre, Bill Clinton promised not to coddle Beijing. George W. Bush vowed to change the U.S.-China relationship from one of "partnership" to one of "competition." Most recently, Donald Trump has criticized the trade relationship between the U.S. and China, saying he would impose a 45% tariff on imports from China.

Among his supporters, Trump can count on ample backing for taking a tough line with China. And among the general U.S. public, too, there is considerable skepticism of China. Today, a majority (55%) of Americans hold an unfavorable view of the country, a trend that has held relatively constant since 2013. Current negative sentiment reflects, in part, the fact that half (52%) of the American public sees China's power and influence as a major threat to the U.S. This is roughly the same proportion that sees Russia as a major threat (54%). But it trails public concern about the Islamic State militant group (79%), cyberattacks (71%) and North Korea's nuclear program (64%).

Concern about the threat posed by China is near its highest level since the question was first asked in 1999. Today, apprehension about China is shared equally by men and women, among people of all educational levels and incomes, and across all races. There is, however, a generation gap in views of Beijing. Americans age 65 and older (58%) are far more worried than are Americans ages 18-29 (39%). And there is a definite partisan divide: 61% of Republicans see China as a major threat, compared with only 49% of Democrats. Those who approve of President Trump's policies and plans for the American people are also more likely (58%) to cite China as a threat than those who disapprove (50%) of the new president's pronouncements.

Even though most Americans are concerned about China's power and influence, they do not necessarily see China as an entrenched enemy of the U.S. When asked whether China is an adversary, a serious problem but not an adversary, or not much of a problem, just 22% describe Beijing as an adversary. A plurality of the public (43%) sees China as a serious problem, while 31% believe China is not much of a problem. This balance of views has changed little over the past two decades.

Generations differ sharply in their characterization of the U.S.-China relationship. Americans over 64 (31%) are nearly twice as likely as those under 30 (16%) to see China as an adversary, while a majority (54%) of those under 30 actually believe that China is not much of a problem. Americans who approve of Trump's policies and plans (28%) are more likely to view China as an adversary than those who disapprove (19%) of them.

Trump has promised to reduce the U.S. trade imbalance with China and to reverse the outflow of American jobs to China. At the same time, the new administration has pulled the U.S. out of the Trans-Pacific Partnership, a trade pact the administration of Barack Obama touted as a means of checking Chinese influence in the Asia-Pacific.

President Trump's criticism of trade pacts, much like his "get tough" stance toward China, echoes the opinion of numerous Americans. Immediately before the election, 48% of registered voters said free trade deals were bad for the U.S., while only 41% thought they were good for the country. Such negative sentiments were particularly strong among Trump supporters, 72% of whom saw trade accords as bad; in contrast, 58% of Hillary Clinton backers thought they were good. There was a similar split over the TPP: 66% of Trump adherents believed the regional agreement would be bad for the U.S., while 54% of Clinton supporters thought it would be a positive for the country.

Public animosity toward trade agreements is partly rooted in the belief that trade is bad for employment. A CBS News survey done after the U.S. presidential election found that 48% of Americans believe trade loses jobs for the U.S., while only 29% believe it creates jobs.

Nevertheless, the priority the American public gives to trade is 9 percentage points higher than it was just a year ago. And the primacy accorded trade is the highest it has been since the question was first asked in January 2000. It may come as no surprise that those who approve of Trump's policies and plans for the American people are also more likely (48%) than those who disapprove (34%) to believe that trade should be a top priority of the incoming administration and Congress.

In recent years the U.S.-China relationship has been marked by periods of tension -- differences over China's claims in the South and East China seas --- as well as moments of cooperation -- the 2016 climate accord and the 2015 Iran nuclear deal. Washington has found ways to deal with Beijing despite widespread wariness in America of China's power and influence. Whether tension or cooperation wins out under the Trump administration remains to be seen.