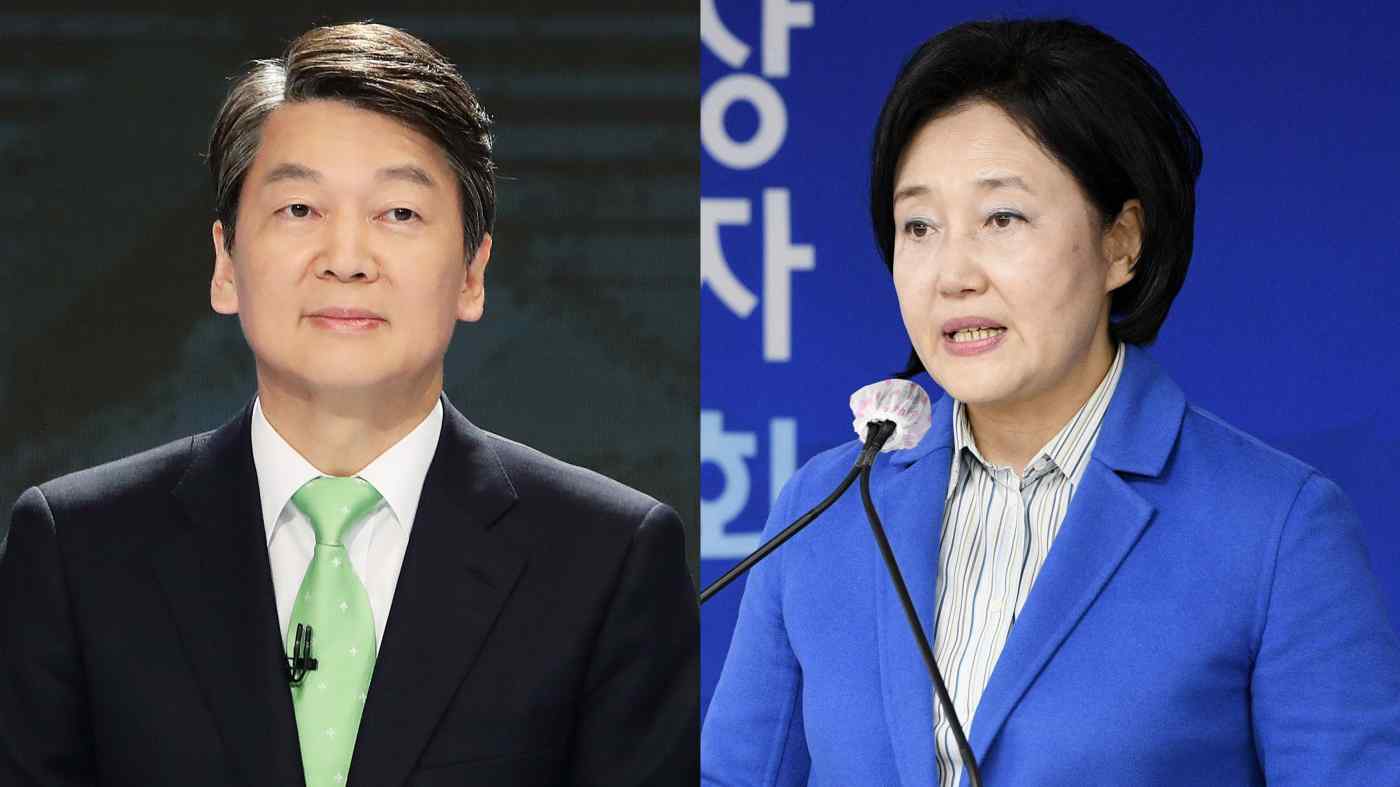 SEOUL -- The race to become mayor of Seoul -- South Korea's second most powerful elected office -- has kicked off, with the April 7 poll set to be a barometer for the next year's presidential election.

The ruling Democratic Party will be represented by Park Young-sun, a 61-year-old former minister for small- and medium-sized enterprises. She defeated four-term lawmaker Woo Sang-ho in a party primary on Monday, garnering 70% of votes from party members and citizens.

"Seoul should change after the COVID-19 [pandemic], Park said in her acceptance speech, setting out her vision for "a 21-minute compact city." Her concept is that people should be able to do everything in their lives in that time, including shopping, walks and visits to general hospitals and libraries. The figure comes from the 21 core sites she plans to establish in the city.

President Moon Jae-in is entering his last year of his single five-year term, putting greater attention on voter sentiment ahead of the presidential election in March 2022. The post of Seoul mayor has been vacant since July last year as then mayor Park Won-soon of the DP committed suicide days after his secretary filed a sexual violence complaint against him.

Former four-term lawmaker Na Kyung-won is favorite to win the primary for the main opposition People Power Party nomination on Thursday, but she is only narrowly ahead of former Seoul Mayor Oh Se-hoon. Na has pledged to solve the country's low birthrate by paying more than 100 million won ($89,000) to newly-wed couples who give birth in Seoul.

Opinion polls show that the race between Park and Ahn will be close. Ahn gained 43.5% of support in a survey conducted by Ipsos Korea on behalf of SBS broadcaster last month, while Park had 40.6%.

"The DP may end up divided over who would take responsibility [for a defeat]," said Park Sung-min, a political consultant and head of Min Consulting. "It is same for the [main] opposition party. The People Power Party may face call to dissolve the party if it loses the Seoul mayor race. That's why this is must-win game for both parties."

The mayoral race in the southern port city of Busan -- South Korea's second-largest city -- also kicks off this week with the DP picking its candidate on Saturday.

The ruling party wants to defend the post with a plan to build a new international airport in the city. The DP-dominated National Assembly passed a bill last week to build the airport on a small island in the city despite strong objections from the transport and finance ministries due to safety risks and financial burden.

Moon visiting the island last week, and has pressured the transport minister to push for the huge infrastructure project. Moon, who hails from Busan, said his heart pounded with anticipation when he saw the site.