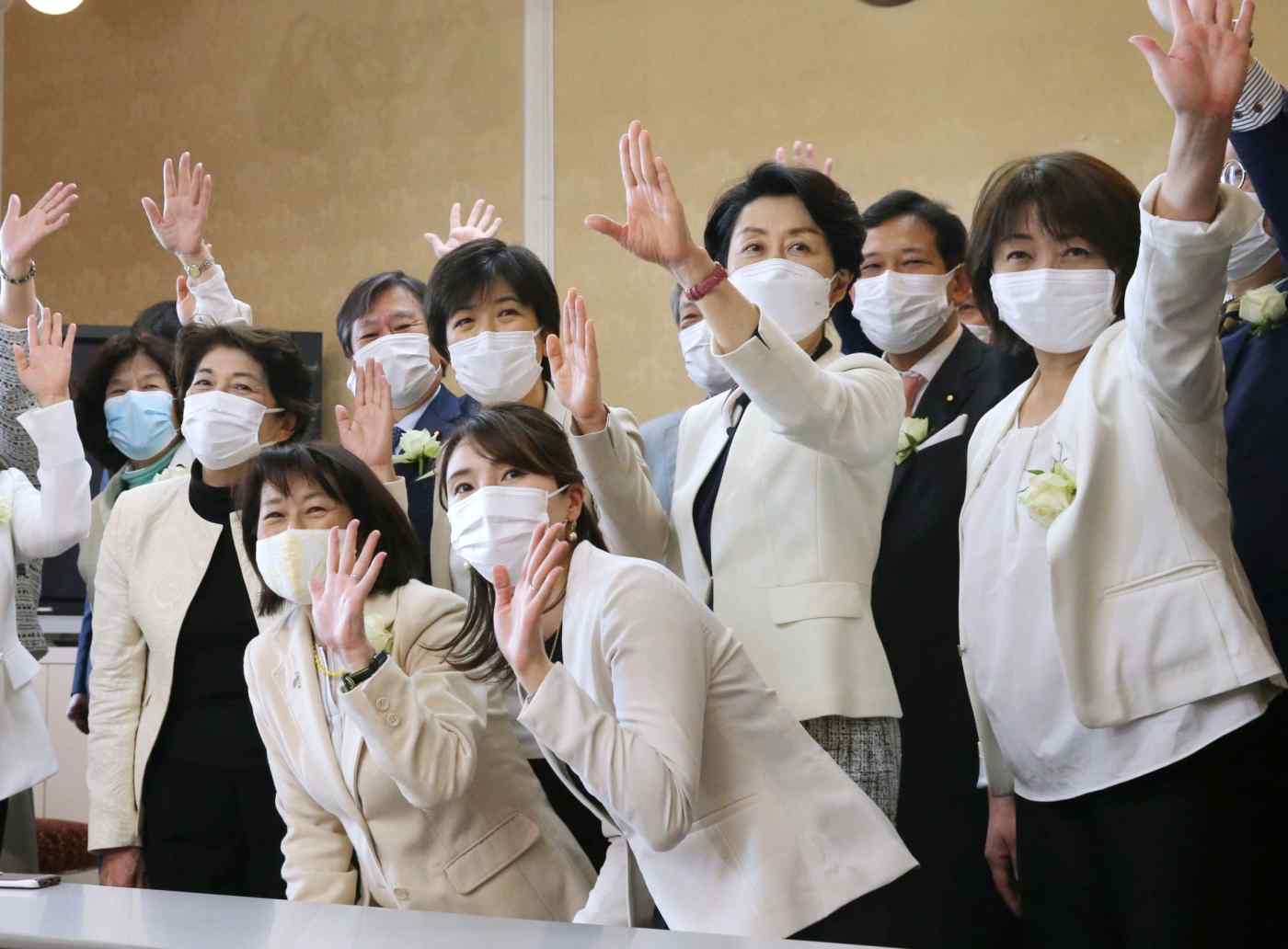 TOKYO -- One hundred and forty-seven out of 156 countries. That's where Japan stands in terms of women's political empowerment. The dismal ranking immediately prompted lawmakers across party lines to call for numerical targets to boost female representation in politics.

"We need to accelerate our efforts even further," Chief Cabinet Secretary Katsunobu Kato said Wednesday. "We hope to bolster women's empowerment with the cooperation of each party."

The ruling Liberal Democratic Party's policy research chief, Hakubun Shimomura, also urged action. The party should pledge in the next general election to increase the share of women among electoral candidates to 30% by 2030, Shimomura said.

Japan came in 147th in women's political empowerment -- nine spots behind 138th Saudi Arabia -- in the World Economic Forum's latest Global Gender Gap report, which was published Tuesday. Japan was 120th in the overall rankings, far behind any other Group of Seven country.

Currently, women make up about 10% of LDP lawmakers in parliament. Boosting the numbers may prove challenging as some in the LDP leadership believe supporting incumbents give the party the best chance to hold its seats and are resistant to change.

"It'll be difficult to get more women in office unless we institutionalize some sort of target," Shimomura said.

"Half our voters are women, but there are few women in parliament," former Defense Minister Tomomi Inada told Nikkei. "We're not representing our people, and that's a problem for democracy."

"I feel partly responsible for the situation, and I will work to increase the proportion of women in parliament," said Yuzuru Takeuchi, policy research chief for LDP coalition partner Komeito.

Opposition lawmakers called for more binding targets. "I will propose something like a quota of female lawmakers for each party," said Kiyomi Tsujimoto, deputy leader of the Constitutional Democratic Party.

"This is the responsibility of Japan's government and political parties," said the Japanese Communist Party's Akira Koike. "I hope for a sincere efforts to increase the proportion of women in policymaking."

Some are reaching across party lines to rectify the situation. A nonpartisan coalition of lawmakers dedicated to greater female political participation will consider new legislation to help increase women in office, such as by requiring each party to target a certain number of female candidates in national elections.

A law passed in 2018 requires parties "to endeavor to voluntarily work on the promotion of gender equality," including through targets for the number of male and female candidates for public office. The coalition seeks to update the language so parties are explicitly required to set such numerical targets.