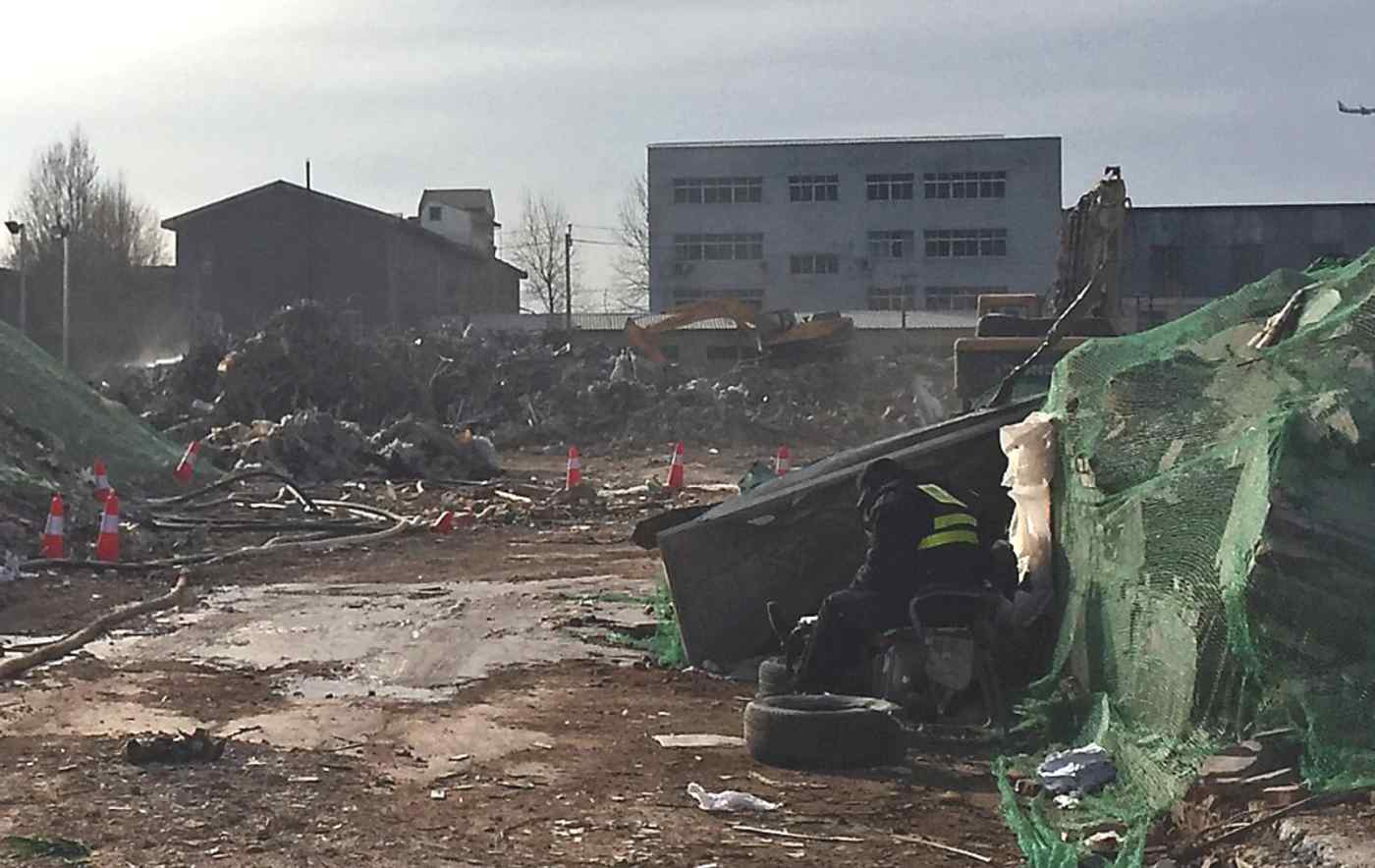 BEIJING -- The populations of Shanghai and Beijing dipped in 2017 as the Chinese megacities sought to stem inflows of people, tearing down illegal buildings and closing workplaces in order to send migrant workers packing.

The leaders of China's two biggest metropolises apparently are trying to alleviate the throngs of traffic and soaring real estate prices, but forcibly preventing people from flocking to the cities could hinder their economic growth down the road.

Growth had slowed drastically before last year's drop. The city added just about 20,000 people in 2016, compared with an increase of 1 million in 2010. But the number of families registered as living in Beijing is rising, suggesting a decline in migrant workers from outside metropolitan areas.

Shanghai's population likewise slipped by about 10,000 in 2017 to 24.18 million. The number of residents in the metropolis dropped two years earlier as well. Shanghai has a leg up on Beijing in population control, having started removing illegal construction in earnest sooner.

About 15km southwest of downtown Beijing's Tiananmen Square lies the Daxing District town of Xihongmen, where 19 people died in an apartment building fire in November. Blue fencing now encloses the area around the site of the blaze, and the buildings are being torn down. Former apartments, shops, factories and more have become heaps of rubble, and the demolition extends several hundred meters to the north and south. Guards keep watch for trespassers, and no residents are in sight.

After the fire, Beijing officially deemed the apartment building as illegal construction. Many such structures were overlooked previously, but Beijing Communist Party chief Cai Qi took the disaster as an opportunity to issue an order to accelerate the removal of the buildings.

Illegal structures tend to have safety issues, but also offer low rents, attracting many migrant workers. Many such workers, as well as foreigners, also open eateries in illegal buildings.

About 600 wholesale markets for goods such as clothes and food were driven to Beijing's outskirts or out of the city altogether last year. About 2,000 small to midsize manufacturers lacking advanced technology have been forced to pause operations or shut down. This effort appears aimed in part at depriving migrants of places to work.

These actions have the support of President Xi Jinping's leadership. Authorities are eager to curb population sizes as big cities stagger under their own weight. Beijing, where many people commute to work by car, has developed a serious case of chronic congestion. The capital is rushing to build highways and subways, but it has been slow to create commuter rail lines that would link with areas outside the city.

Moreover, newly built apartments in cities like Beijing and Shanghai now cost about 20 times the average annual income -- more expensive even than Tokyo at the height of Japan's bubble economy. Chinese real estate prices are thought to be deeply intertwined with population fluctuations, and the effort to curb inflows suggests a desire to deflate those prices.

But Shanghai's population density remains only 60% that of Tokyo's, while Beijing is just one-fifth as tightly packed as Japan's capital. People gathering in cities tend to drive technological innovation and improve labor productivity. Shanghai and Beijing each contribute in the 3% range to China's gross domestic product, and forcibly limiting their populations could crimp the ability of these cities to grow economically in the future.