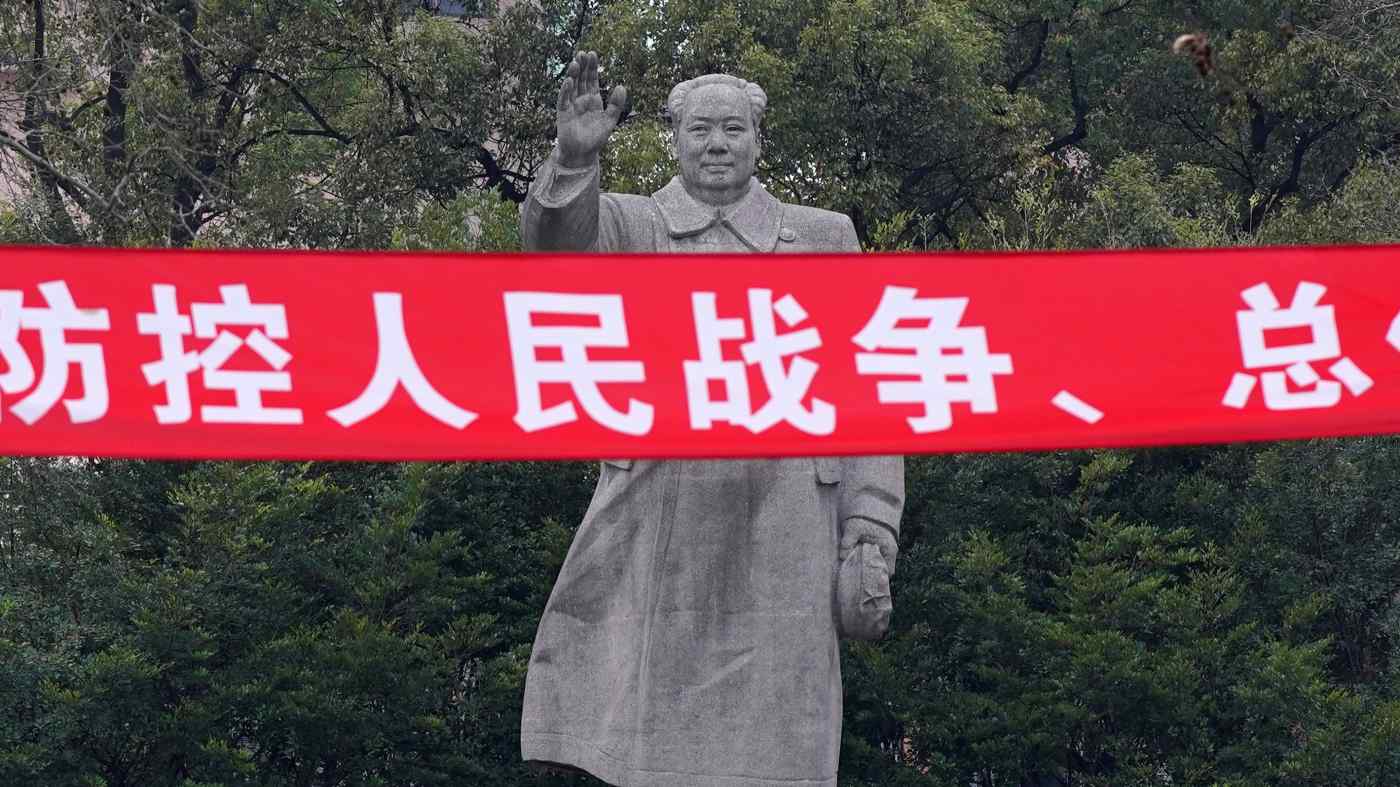 BEIJING -- Chinese Premier Li Keqiang proudly said at the National People's Congress on May 22: "We have made major strategic achievements in our response to COVID-19."

The country's thorough coronavirus control efforts, including temperature checks at the entrances of each shequ, isolation of patients and confirmation of QR-code-based health kits, drew global attention.

But belying their successful role against the virus, shequ, which are subdivisions of the all powerful Communist Party, have struggled to secure enough members to handle an increasing number of jobs in recent years. As few young people are motivated to work for them, there are concerns among party members that the units are losing their vitality.

In late February, a Nikkei reporter was stopped by a security guard at the entrance of a shequ in Beijing's Chaoyang district. The guard said the entrance was no longer open. A delivery man is shut out after an entrance to a shequ in Beijing's Chaoyang district was closed off on Feb. 16 to limit the spread of the new coronavirus. (Photo by Tsukasa Hadano)

Among the four entrances of the shequ, the gate on the east side was the only one open. Delivery drivers also remained stuck as the entrances they usually used had been abruptly shut down.

After a temperature check at that entrance, the reporter was asked to show a "shequ card" issued for residents. Without a card, no one is allowed to enter. The shequ remained closed to non-residents through May.

On Feb. 7, all residents of an apartment in a shequ next to Tsinghua University, the alma mater of President Xi Jinping, received a note that said: "Important notice: Please contact us if you find anyone who is suspected of being infected with COVID-19. Let's keep an eye on one another!"

The notice was issued by the "residents' committee" that runs the shequ. A person living in the apartment building likened the situation to the committee encouraging residents to inform on their neighbors to the shequ.

But shequ actually have authority to isolate and monitor residents in an emergency. There are around 3,000 shequ in Beijing alone and numerous smaller neighborhood units called xiaoqu in the suburbs. Committees elected by residents are tasked with operating shequ.

Members of each shequ discuss what kind of measures should be taken when problems like COVID-19 occur. In recent months, waste sorting has been one of the challenges faced by residents' committees in Beijing.

State-run China Central Television broadcast footage of Xi with a mask thanking members of the residents' committee for their efforts. The neighborhood has a housing complex for about 13,900 residents. It is like a small town with a small square, a supermarket and a clinic.

Why did Xi choose that particular neighborhood? A middle-aged man explained to Nikkei that it was the first shequ set up in Beijing after the establishment of the People's Republic of China in 1949.

Shequ once played a key role in China's former one-child policy. In the past, each residents' committee had "a birth planning committee," which kept track of the number of women of childbearing age within the shequ and closely monitored them to prevent the birth of a second child.

A person familiar with what it was like in those days revealed that once a shequ official and security police found out a woman was expecting her second child, they would go see her and threateningly urge her to get an abortion. Quite a few women were taken to hospitals and forced into 'miscarriages.'

A few such stories can even be found on China's strictly censored social media. Some women stayed with relatives or friends to avoid scrutiny by their shequ. Residents' committees are sometimes called "family register police," because they thoroughly check what kind of people live in their shequ. A building housing the residents' committee running a shequ is seen in the Chaoyang District of Beijing on May 20. A red Chinese Communist Party sign is visible above the entrance. (Photo by Tsukasa Hadano)

And while that is no longer such an issue, residents' committees in recent years have become inundated with tasks. One person with experience said "there are a thousand threads" descending on shequ. Committee members have been unable to comply with the barrage of instructions and orders issued by multiple organizations, including jiedao, which are subdivisions of government and Communist Party chapters.

This year, residents' committees have been particularly busy in responding to the coronavirus by arranging security guards at entrances, carrying out patrols within shequ and controlling households under quarantine.

A Communist Party member in his 20s who engages in shequ patrols and night duties, complained that it is only young party members who are getting roped into such work.

The benefit is that the Communist Party and local governments give preferential treatment in recruitment and personnel evaluation to those who have worked for shequ. Still, the jobs are unpopular "because they are demanding but low-paid," said a person familiar with them.

Residents' committees have also struggled to field new candidates for elections to the bodies and the same people have continued to hold the posts.

A Communist Party member said he had been verbally abused by residents, despite working for his shequ during the coronavirus outbreak.

"Ordinary people are becoming less interested in politics, and shequ are operated by very few people, despite the fact that shequ are the driving force of the party and the country," he said.