'It's as if I am still in a dream,' wife Akie says at ceremony 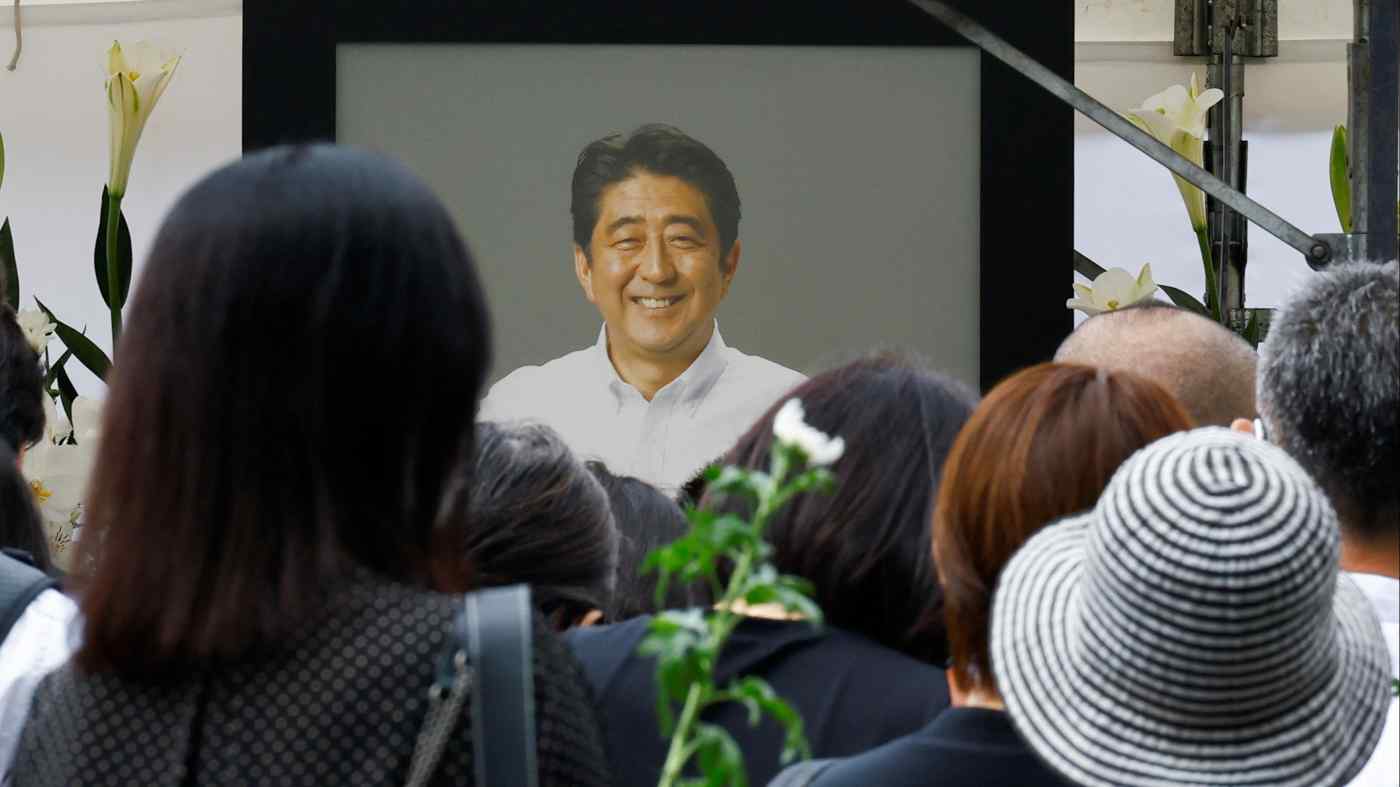 The motorcade drove by the headquarters of Abe's ruling Liberal Democratic Party, the Diet building and the prime minister's office where he spent so many years. As the car passed the LDP offices, party officials offered a quiet prayer outside.