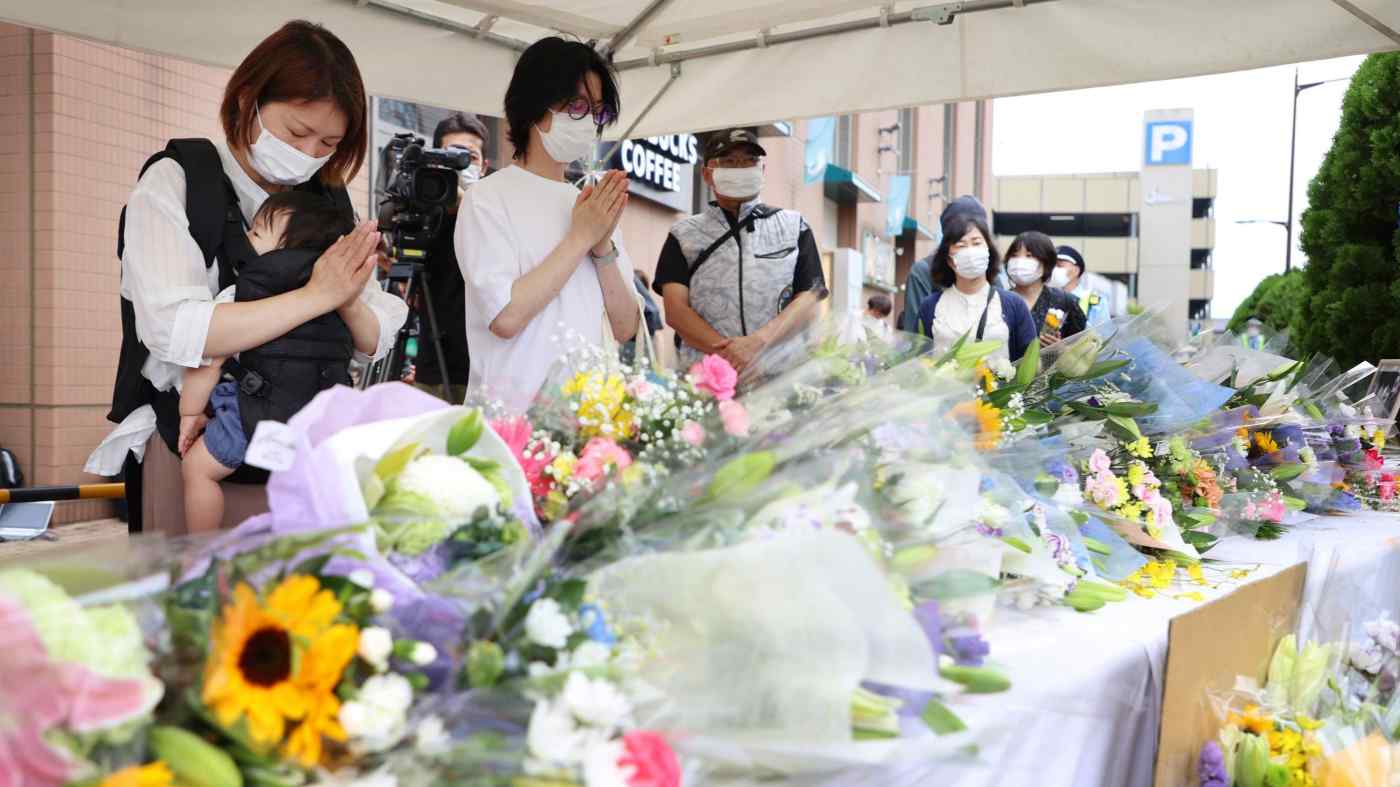 A week after his death, many people still come to pray at the place where former Prime Minister Shinzo Abe was shot and killed.
Nikkei staff writersJuly 15, 2022 18:16 JST | Japan
CopyCopied

TOKYO -- The family of the man suspected of shooting former Japanese Prime Minister Shinzo Abe to death was impoverished as a result of his mother's huge donation to a religious group, an uncle of the man told reporters Friday.

The mother of Tetsuya Yamagami, 41, joined the Family Federation for World Peace and Unification, formerly known as the Unification Church, in 1991 and donated 20 million yen ($144,112) at the time of entrance, the uncle said. She continued to donate even after the family went bankrupt.