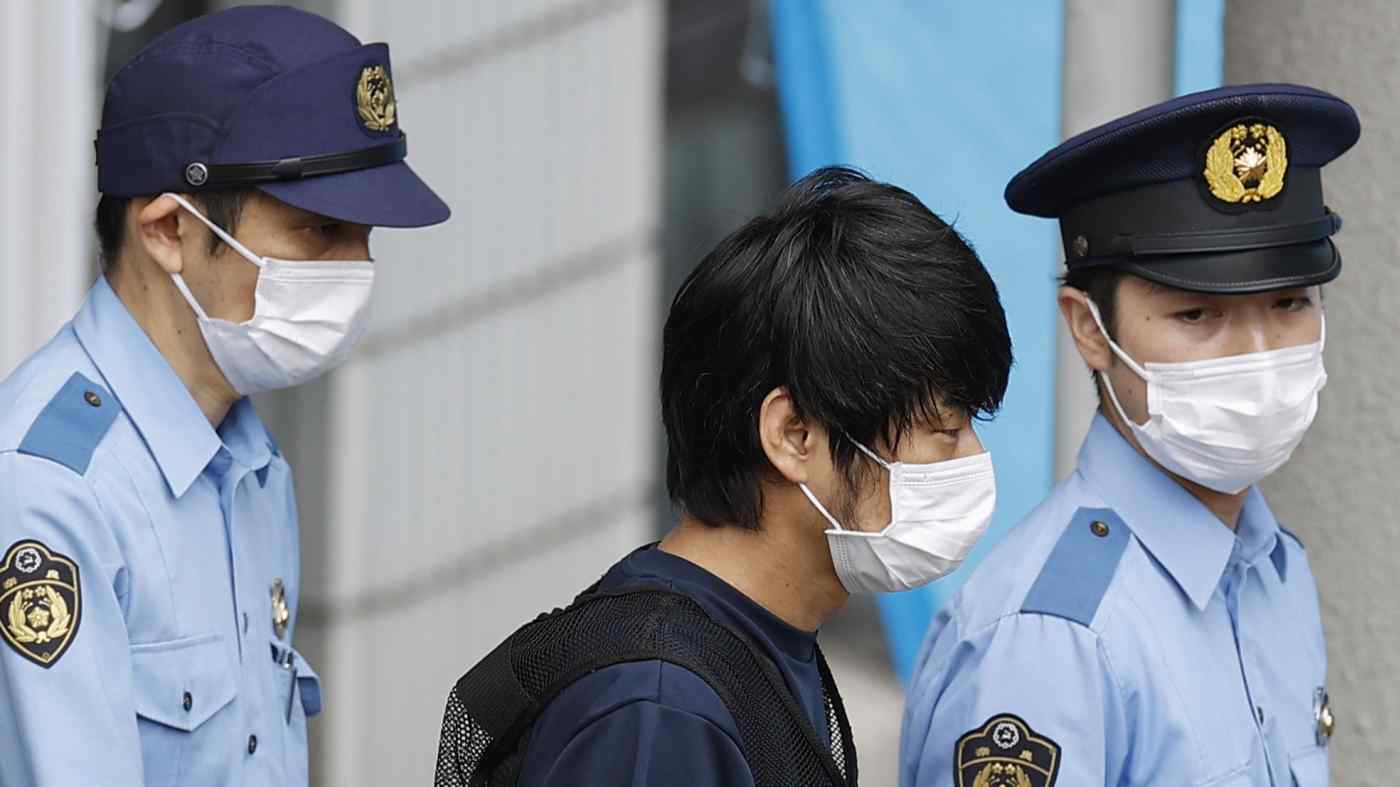 Tetsuya Yamagami, who is suspected to have shot dead former Prime Minister Shinzo Abe, told police that he had a grudge against the Unification Church to which his mother had made large donations.   © Kyodo
Nikkei staff writersJuly 14, 2022 17:46 JST | Japan
CopyCopied

NARA, Japan -- The mother of the man who shot dead former Japanese Prime Minister Shinzo Abe is believed to have donated about 100 million yen ($720,000) to a religious organization, according to police sources.

Tetsuya Yamagami, who was arrested and being held on suspicion of murder, told Nara Prefectural Police that he held a grudge against the Family Federation for World Peace and Unification, formerly known as the Unification Church. The police is investigating if the donation was a motive for Abe's killing.