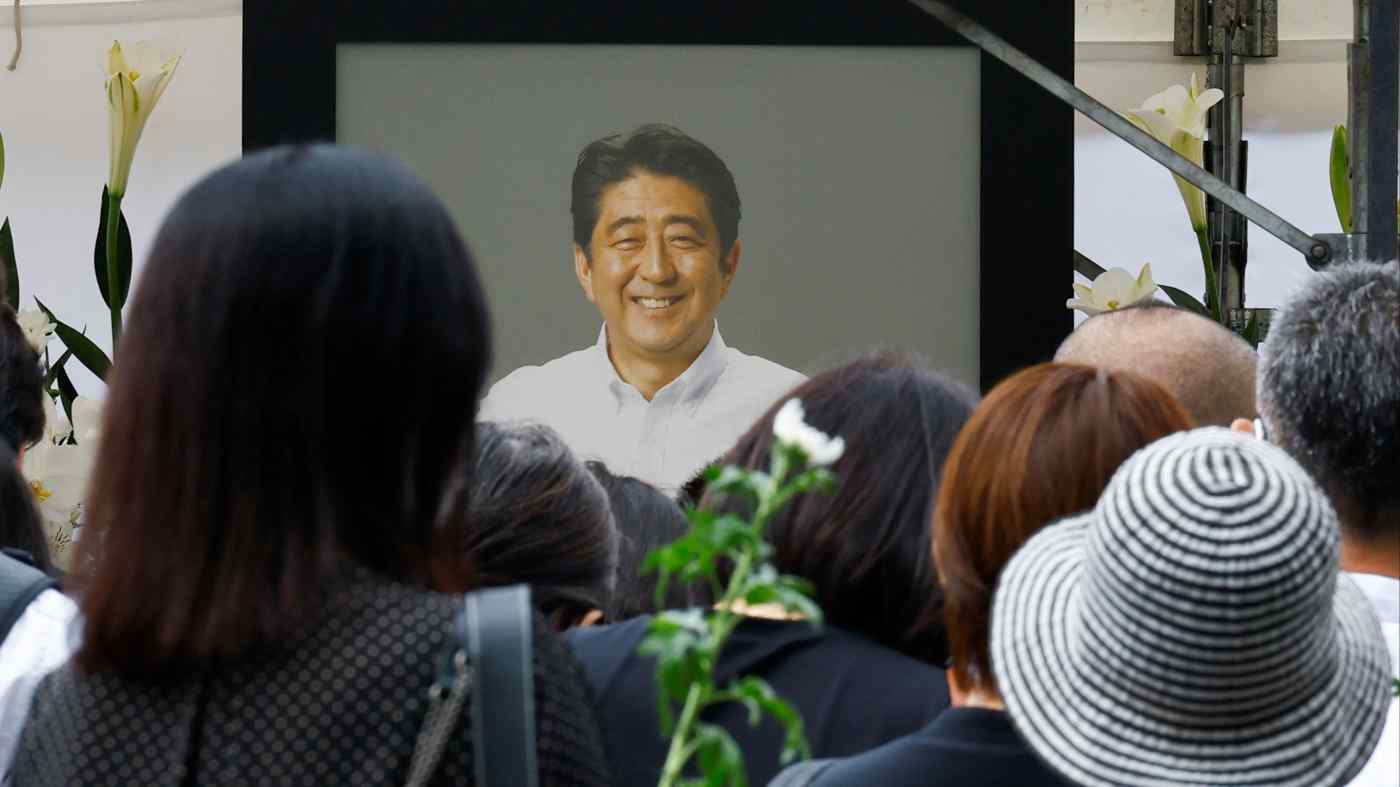 TOKYO -- The state funeral for former Japanese Prime Minister Shinzo Abe, who was shot dead during an election campaign speech in July, will take place in Tokyo on Tuesday.

Abe will be only the second postwar prime minister to be honored with such a funeral. But plans for the memorial sparked widespread public opposition, as questions swirled over ruling party politicians' ties with a controversial religious group.