Prototype was to play key role in reusing nuclear fuel 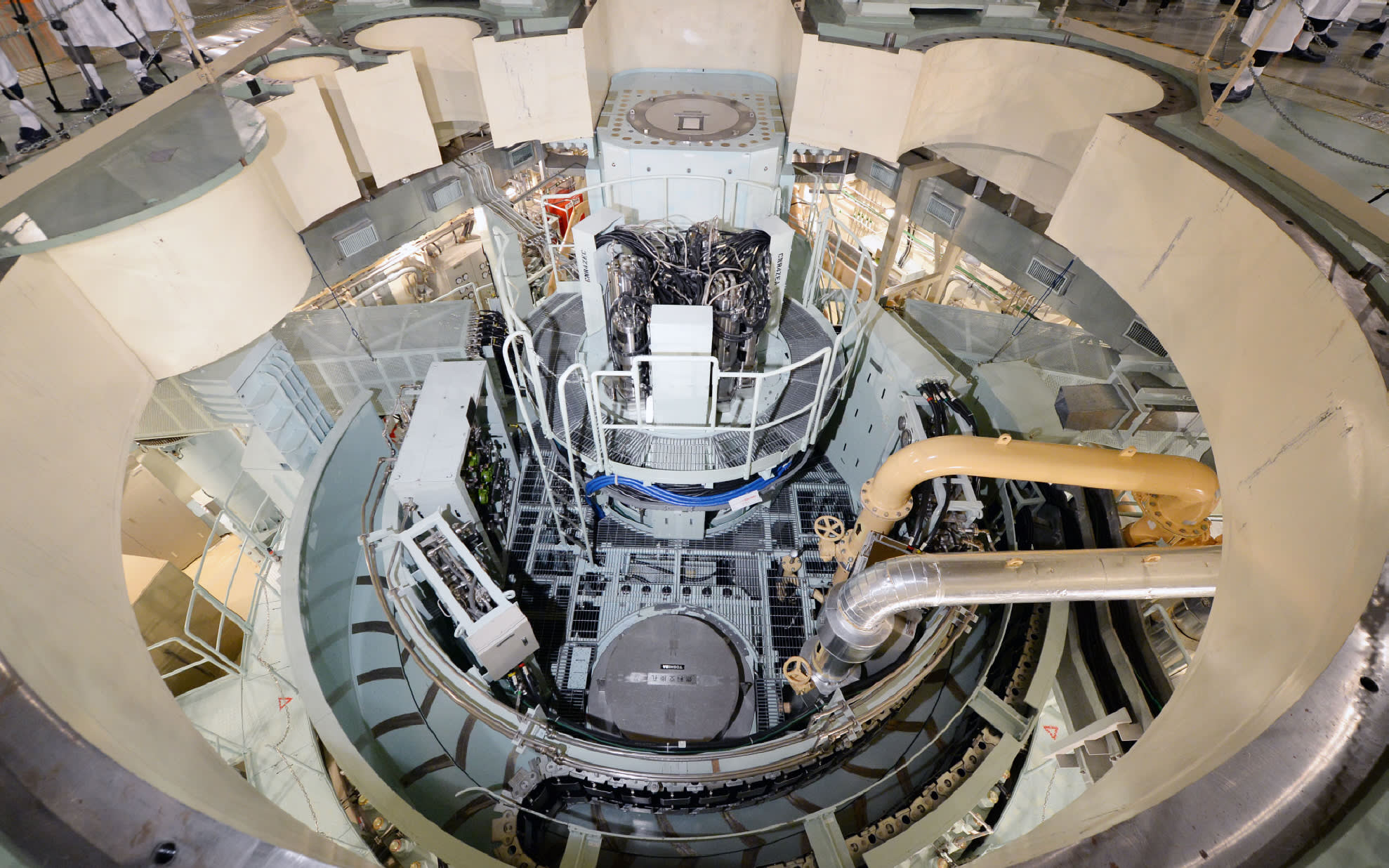 TOKYO -- Scrapping Japan's troubled prototype fast-breeder nuclear reactor will set back the country's decades-long effort to establish a closed fuel cycle at home, already under threat amid a broader lull in the nuclear field.

The government formally decided Wednesday to decommission the Monju reactor in Fukui Prefecture rather than bear the heavy cost of restarting the facility, including bringing the plant up to safety standards. The Japan Atomic Energy Agency looks to have a plan in place by April for the lengthy, expensive decommissioning process.

Fast-breeders, which produce more nuclear fuel than they consume, have been at the heart of Japan's efforts over the past half-century to create a sustainable nuclear fuel cycle using plutonium and uranium extracted from spent material. But such devices are notoriously difficult to operate safely, due largely to their use of liquid sodium -- a metal that burns upon contact with air or water -- as a coolant. Nations such as Germany and the U.K. have shut similar facilities for this reason.

End of an era

Monju in particular "has not produced the results initially hoped for," Chief Cabinet Secretary Yoshihide Suga said Wednesday. The plant spent just 250 days in operation over the past 22 years. Japan plans to continue developing fast-breeder technology, including through an experimental reactor it will help build in France. But many are concerned that, unless such a facility is built in Japan, this country will receive little return on its investment in the field.

Recycling nuclear fuel is possible even without a fast-breeder reactor. Properly modified light-water reactors can run on so-called mixed-oxide, or MOX, fuel, which combines uranium with plutonium extracted from spent fuel.

Japan's utilities currently rely on the U.K. and France for fuel reprocessing, and the utilities plan to introduce MOX fuel in 16 to 18 reactors nationwide. But hurdles including a halt on nuclear power generation following meltdowns at the Fukushima Daiichi plant in March 2011 have stood in the way. Only one such reactor is running in Japan.

Electric Power Development, known as J-Power, is building a plant in Aomori Prefecture optimally designed to use MOX fuel -- the only of its kind in the world. But regulatory approval is moving slowly, and a start to operations has been delayed repeatedly.

Monju is far from the only sticking point in Japan's plans for nuclear self-sufficiency. A reprocessing facility, also in Aomori, targeted for completion in 1997 remains under construction. Another question involves what to do with the highly radioactive waste left over after reprocessing. The government has yet to name viable disposal sites.

An agreement with the U.S. makes Japan the only state not in possession of nuclear weapons allowed to reprocess nuclear fuel. As part of this deal, Tokyo pledges not to retain plutonium it has no specific plans to use. But the country currently holds some 48 tons of the metal at home and abroad -- enough to create roughly 6,000 bombs. The pact expires in 2018, and there is no guarantee that the incoming Donald Trump administration in the U.S. will let the arrangement stand as is.

Decommissioning Monju entails challenges of its own. Plans need approval from Fukui Prefecture and the city of Tsuruga under a pact with the Japan Atomic Energy Agency, but those governments are leery of the effort. The central government has said it will create an independent organization to weigh in on technical matters. But ongoing local concerns could keep the decommissioning process from beginning as planned.