Singapore buzzes over next PM after Heng upends 'best-laid plans' 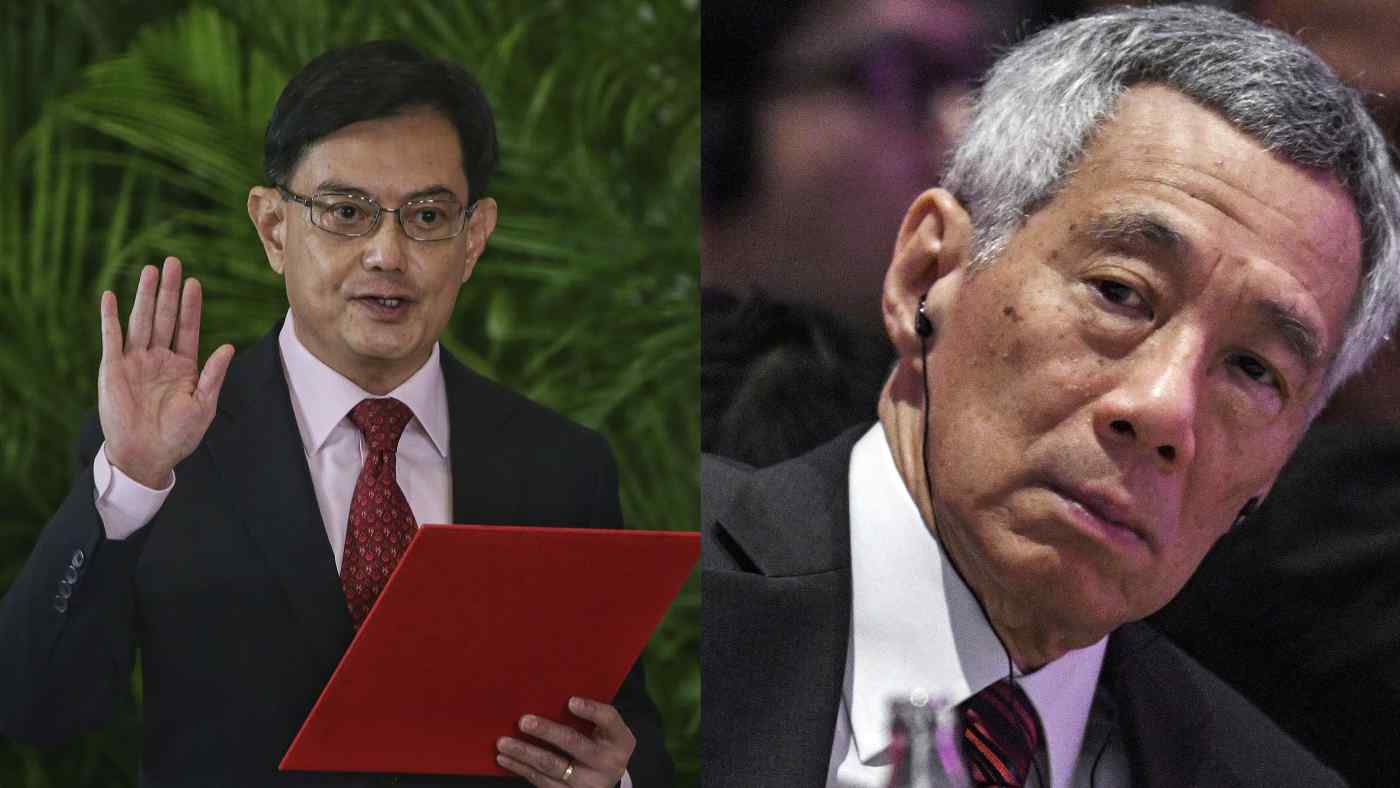 SINGAPORE -- The sudden announcement by Singapore's prime minister-in-waiting that he will withdraw from contention for the top job has left the city-state with a difficult succession question at the most critical of moments.

COVID-19 has hammered the economy, resulting in a record 5.4% contraction last year. International relations require a deft touch amid an intensifying U.S.-China rivalry that pushes countries to take sides. And the political opposition within Singapore itself looks stronger than ever, after unprecedented gains in last year's election.

The long-ruling People's Action Party will be seeking the right person to manage these challenges after Deputy Prime Minister and Finance Minister Heng Swee Keat said Thursday that he would not succeed Prime Minister Lee Hsien Loong. "It is in the best interests of the nation," Heng declared in a letter, "for someone who is younger to tackle the huge challenges ahead."

Heng, who turns 60 this year, noted that all three past prime ministers took office when they were significantly younger. Since Lee has said he intends to lead the country through the pandemic before stepping down, Heng said he "would be close to the mid-60s when the crisis is over."

"The pandemic has rudely upended the best-laid plans for succession that Singapore has become known for," said Eugene Tan, associate professor of law at Singapore Management University.

Garry Rodan, honorary professor at the University of Queensland in Australia, suggested the pandemic may not have been the only factor in Heng's decision to bow out.

In the July 2020 general election -- in which the PAP aimed to feature Heng and other "fourth generation" or "4G" leaders -- the party's vote share dropped to 61.2%, from 69.9% in 2015. The opposition won a record 10 seats in parliament, out of 93 contested. This was disappointing for the party that has dominated since independence in 1965, and it performed even worse in Heng's constituency, winning only about 53%.

"Heng's own authority as a future prime minister was weakened during the last election," Rodan said. He did not draw the votes the PAP hoped for, and "nor did he stand out more generally in public debates as an influential orator."

"It would not be surprising therefore if some of his colleagues have counseled him" to stand aside, Rodan added.

Michael Barr, associate professor at Australia's Flinders University, was more blunt, questioning Heng's fitness for the role in the first place and suggesting this could be for the best. But he also said the move might put Lee in an awkward position.

"It raises the question of whether [Lee] retains sufficient authority to nominate yet another hand-picked candidate, after the failure of his first pick. And if he does retain that authority, who might it be?"

Still, Barr floated the possibility that in three to five years, the prime minister "might be able to hand over [power] directly to his son, Li Hongyi," believed to be in his early 30s. His grandfather, founding father Lee Kuan Yew, was 35 when he rose to power.

Heng said in his letter that it would be up to his fellow 4G politicians to chose their leader, as he was at least ostensibly chosen three years ago. A few names are already circulating.

Lawrence Wong, the minister for education, has raised his profile as co-chair of the government's multi-ministerial task force for the COVID-19 pandemic. This closely associates him with a virus management approach that has kept new cases very low for months.

Ong Ye Kung, transport minister and former education minister, is considered another possibility based on the prominent ministerial portfolios he has held. Local media The Straits Times on Thursday also named Desmond Lee, noting that he was elected to the ruling party's top decision-making body, the central executive committee, in November 2020 alongside Wong.

But when would any of the candidates get their shot? The timing remains anyone's guess.

Lee told local media on Thursday that he has "no intention of staying on longer than necessary." Yet he also said he hopes the 4G politicians will identify a new leader "before the next general elections" due by 2025.

"This depends greatly on Mr. Lee's own assessment of how crucial it is for him to stay in charge," said Rodan. "The premise seems to be that the handover will only come after major challenges relating to COVID-19 and the transition to a post-pandemic economy are settled."

On the other hand, Meredith Weiss, professor of political science at the State University of New York in Albany, told Nikkei that her "best guess is that the transition will still happen next year." Deputy Prime Minister Heng meets with Chinese Premier Li Keqiang in Beijing in 2019. Whoever takes his place as leader-in-waiting will face a challenging international environment.   © Reuters

Heng's decision to throw in the towel could even speed things up, Weiss speculated.

"This stepping-down, especially without a good reason, could be rather embarrassing for the PAP and its 4G leadership -- already widely criticized as not of the same vision and mettle of past generations," she said. "So I would expect Lee and his colleagues to try to make the succession moving forward seem as 'normal' and as-anticipated as possible."

In any case, the next leader is likely to have limited experience to draw on as they confront pressing economic and geopolitical issues.

"Succession is a very, very important and urgent issue," Lee said during his news conference, stressing it is not as simple as ranking people and picking the one that appears to be the best choice.