Singapore eases up on school testing to foster creativity 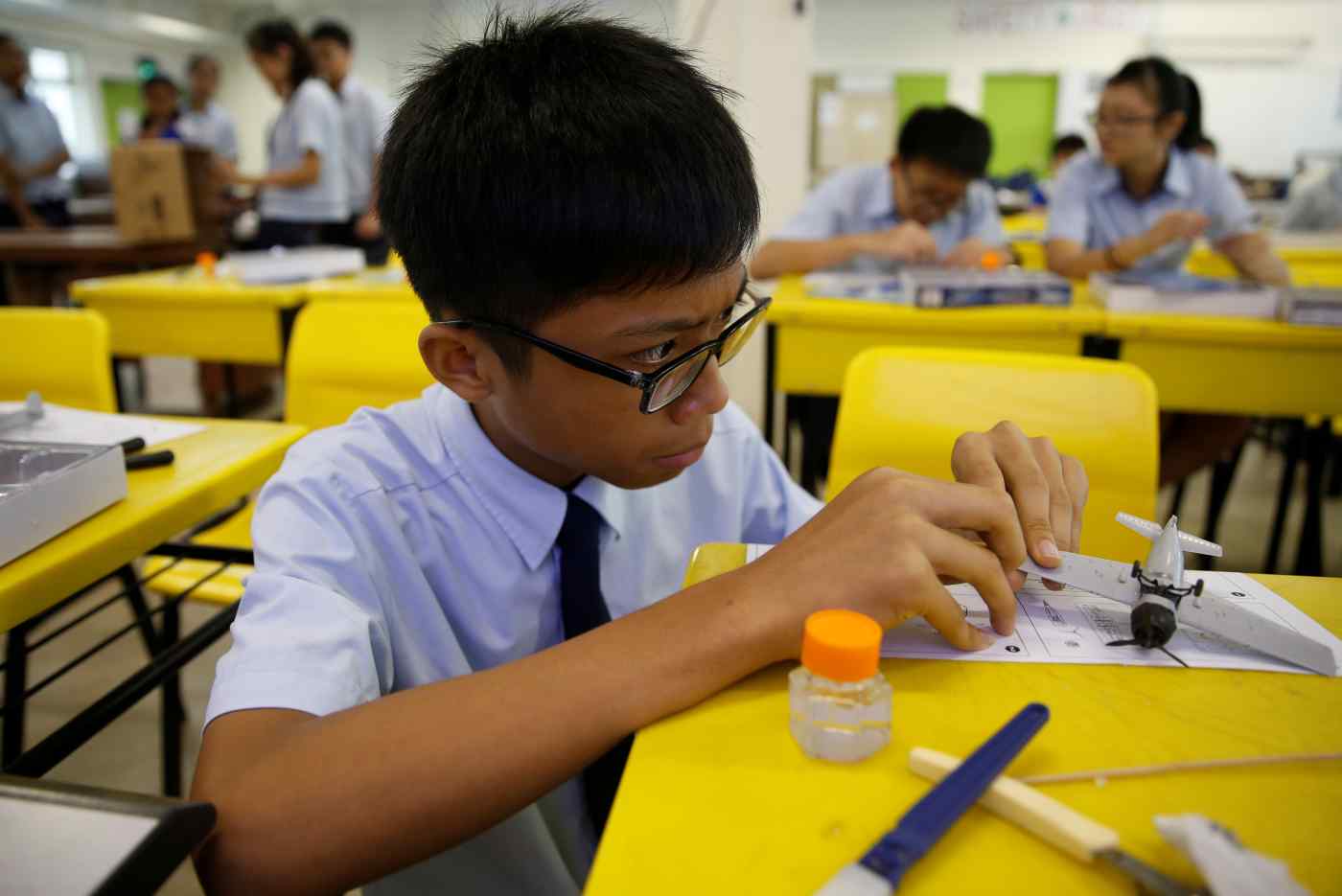 SINGAPORE -- A place known for its high standards of education, Singapore is now shifting to a more relaxed style at the primary and secondary levels, hoping to nurture people who can flexibly adapt themselves to a changing economy.

The city-state has six years of compulsory primary education, followed by four-year secondary. Based on the results of the exam at the end of primary school, students are placed on one of three secondary education paths. This is a crucial factor in determining their future -- lower-streamed students face more hurdles and challenges getting into local universities.

Earlier this month, the Education Ministry announced it will scrap this three-path system by 2024. Instead, it will introduce a subject-based system where students can choose the levels of each subject based on their strengths.

"Our students need to be resilient, adaptable and global in their outlook. They must leave the education system still feeling curious and eager to learn for the rest of their lives," said Education Minister Ong Ye Kung in the parliament on March 5.

The current system, created in the 1980s, has allowed students who are more academically inclined to learn better and at a faster pace, which helped to push up Singapore's education standards. Singapore topped the world in science, reading and mathematics in the Program for International Student Assessment (PISA) test by the Organization for Economic Cooperation and Development in 2015.

However, the segregation also meant that students' academic abilities are tied to their worth in society. Students who do not perform well are subjected to pressure from parents and attend extra private lessons on top of their regular school classes and activities. This emphasis on judging children based on academic grades has negative consequences. There were 27 suicides among 10- to 19-year-olds in 2015, according to the suicide prevention agency Samaritans of Singapore.

This major change comes at a time when Singapore faces a changing and more uncertain economy in which the skills required may change over time. To boost competitiveness, Singapore has been increasing its efforts to transform itself into a "smart" nation by investing in emerging digital technologies in various industries.

The government thinks it is important for younger students to have more fun and less pressure in school so they can develop a passion to learn new skills after they grow up.

To this end, the government this year scrapped exams for the first and second year of primary school students -- children seven and eight years old -- to reduce exam pressure on the youngest students and allow them the freedom to learn and be creative.

Over the next three years, the government will also scrap midyear examinations for third and fifth year primary students, as well as the first and third secondary students. Instead, teachers will help students develop critical thinking skills to solve problems through projects and other activities.

Parents have mixed feelings about the changes. Mei Ling Chen, a 44-year-old mother with a daughter in her second year of secondary school, welcomed the end of the three-path system. "I think the new system is good, as not everyone can be good in everything they study, and I want my daughter to be able to enjoy what she learns in school," she said. "But at the same time, if we only focus on strengths, we may not be able to produce the well-rounded individuals needed for the workforce," she added.

"It is a good move to get away from a system that can demoralize kids who are placed in the 'weaker' levels," said Karen Tan, a mother of three. "However introducing the new system, I believe, will still not resolve the issue of comparisons among kids [academically]."