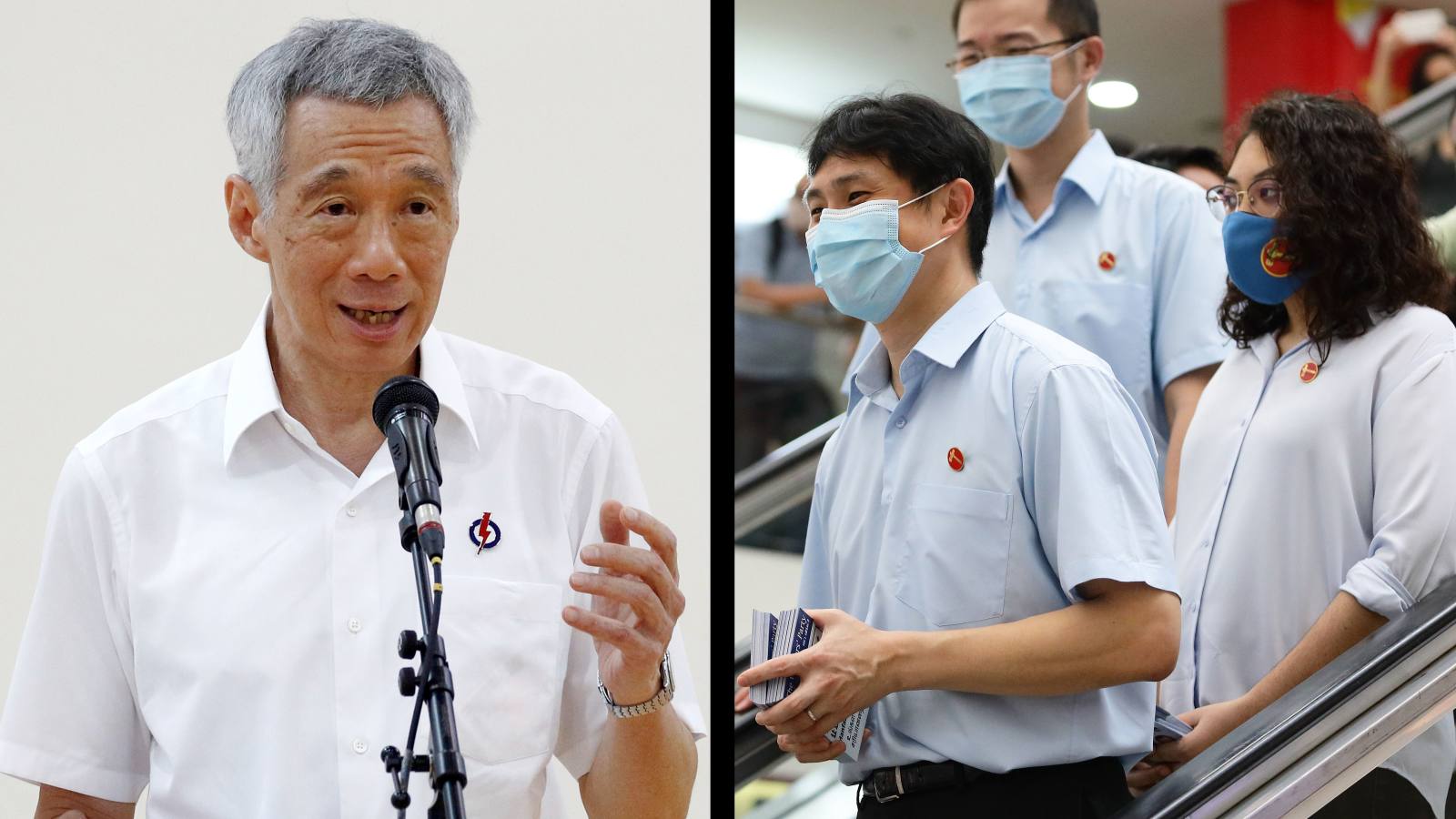 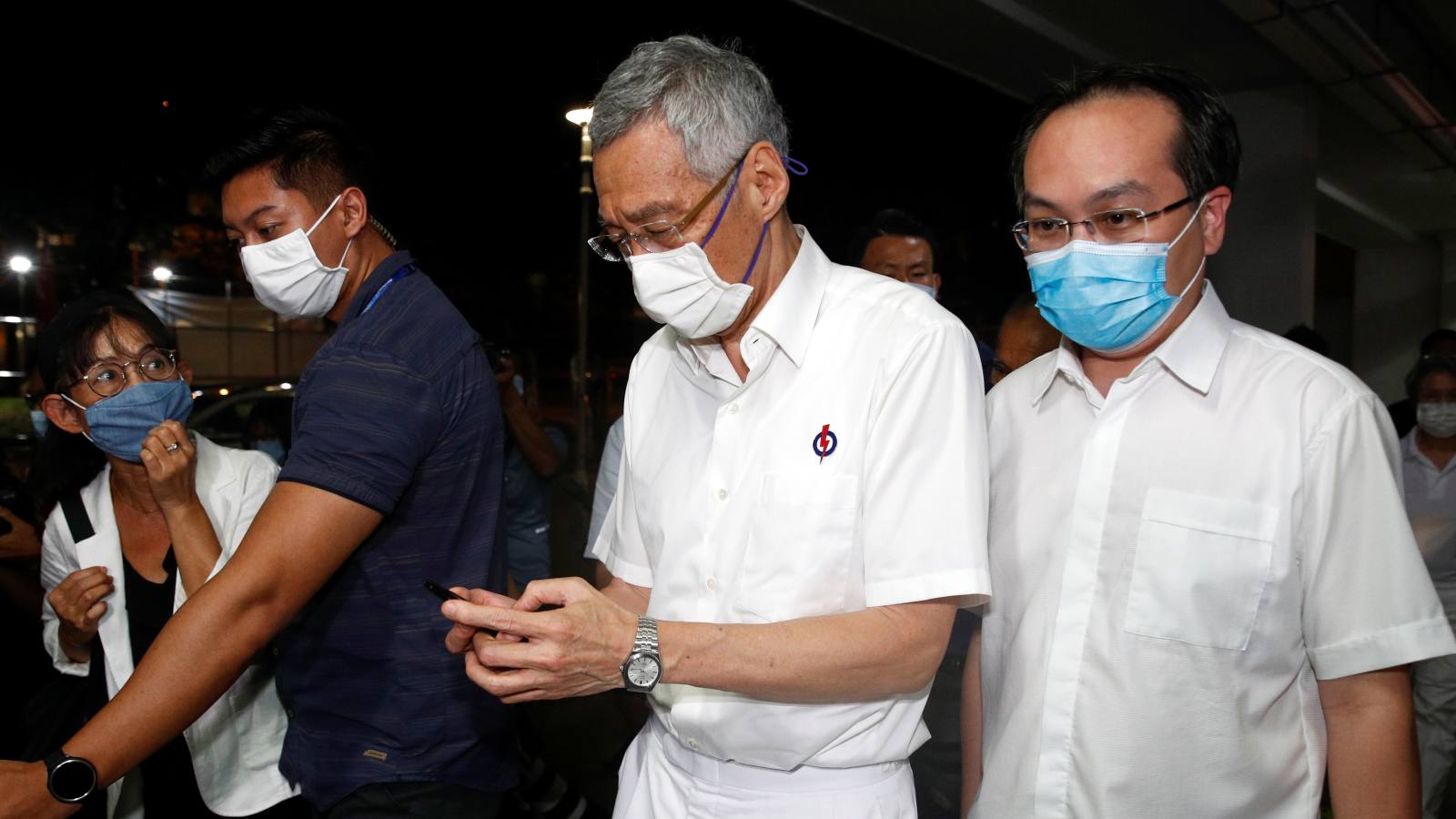 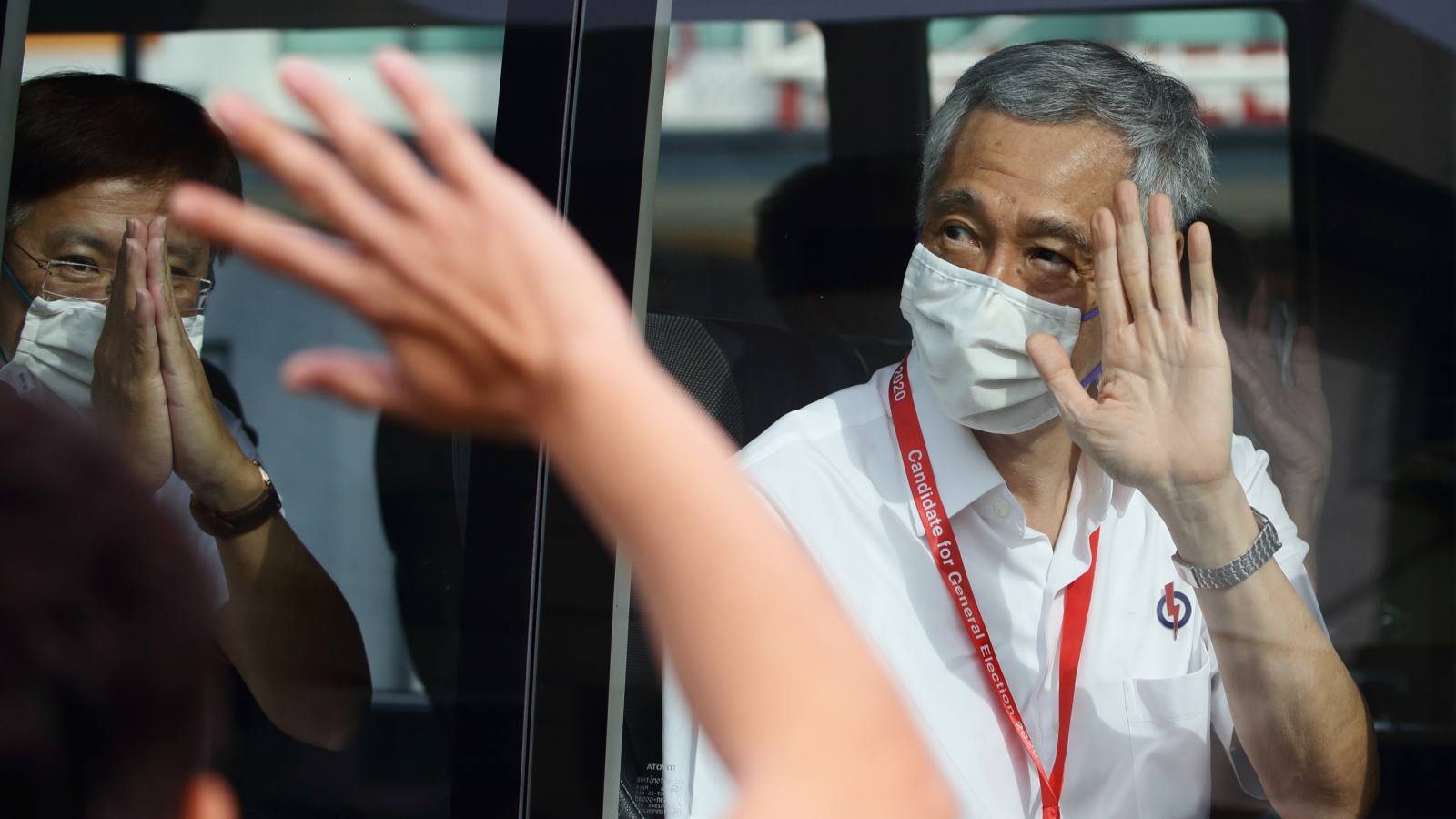 Prospect of Lee vs. Lee election has Singapore buzzing 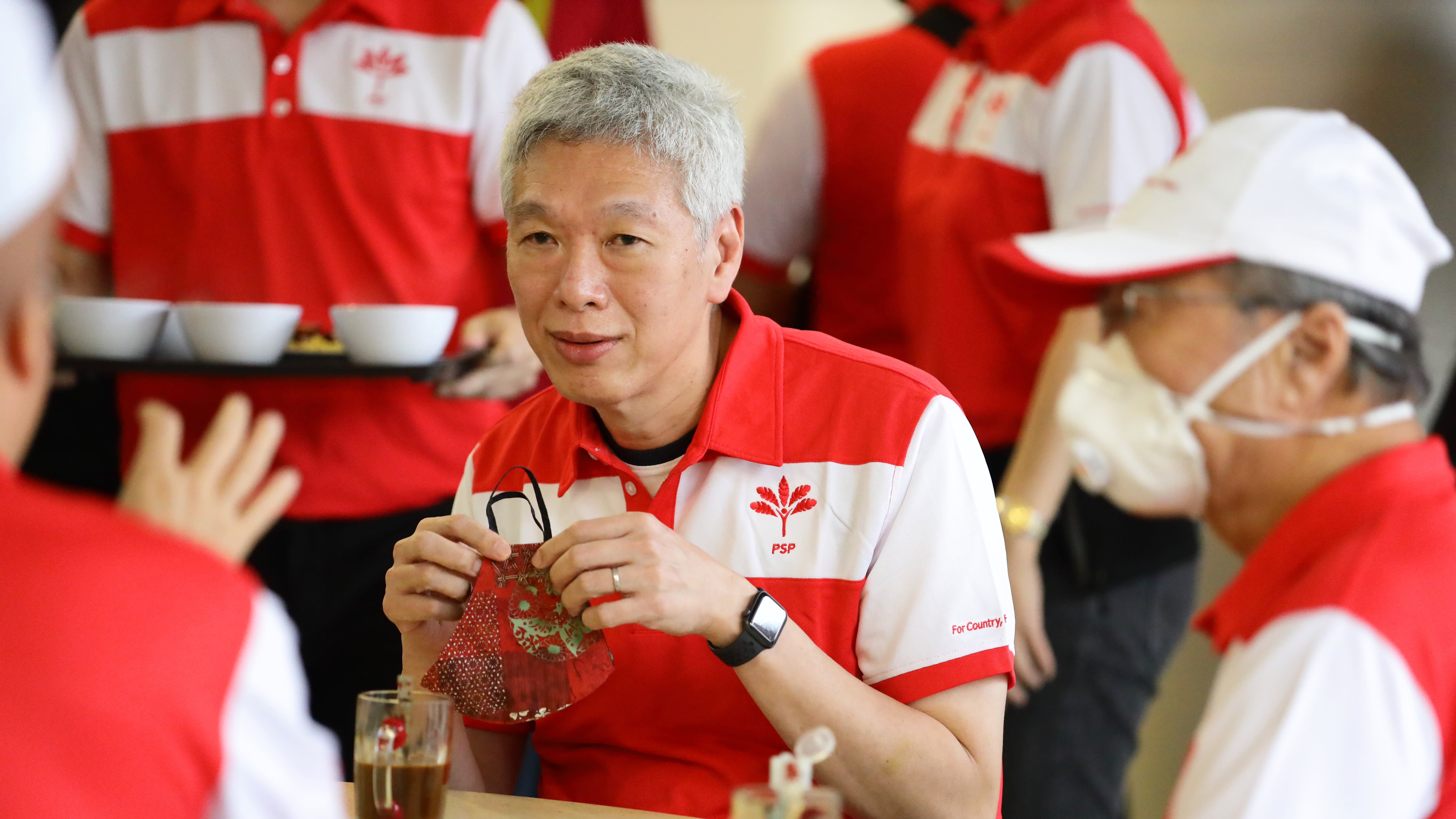 SINGAPORE -- The chance of a Lee vs. Lee election clash has sparked a buzz in Singapore, after the prime minister's estranged younger brother emerged as a member of an opposition party on Wednesday.

Lee Hsien Yang was announced as a member of the Progress Singapore Party, after he had breakfast with fellow members at Tiong Bahru Market, a popular food court. He was wearing the party's signature red and white shirt.

The attention-grabbing move came just hours after his brother, Prime Minister Lee Hsien Loong, called the July 10 election on Tuesday evening. Although the younger Lee was already known to be backing Progress Singapore, his formal membership touched off a flurry of speculation that he intends to run.

Progress Singapore leader Tan Cheng Bock -- himself an ex-member of the ruling People's Action Party -- confirmed Lee Hsien Yang's allegiance but declined to say whether he would be a candidate. "That's a good speculation but I'm not confirming," Tan told reporters.

Lee Hsien Yang, a former military officer and businessman who served as CEO of Singapore Telecommunications, himself was mum on whether his name would be on a 2020 election ballot. "You will know if I do," he said.

Later the same day, Lee posted a message on Progress Singapore's Facebook page, calling the coming election "a watershed" and saying "the PAP has lost its way" from the days of his father. His upstart party, he stressed, needs volunteers to spread the word and donors to ensure it "has adequate financial resources to mount a serious challenge."

It is possible, he added, "to love Singapore, and yet to not vote PAP." Again, he said nothing about running.

All parties must nominate their candidates on June 30.

Eugene Tan, associate professor of law at Singapore Management University, said the revelation of Lee as an opposition party member was rich in symbolism, since it took place within the Tanjong Pagar electoral constituency. This was the territory of the Lees' late father, Prime Minister Lee Kuan Yew, and a PAP stronghold.

"That is enough to suck the wind out of many other issues the PAP needs to put before the voters," he told Nikkei. 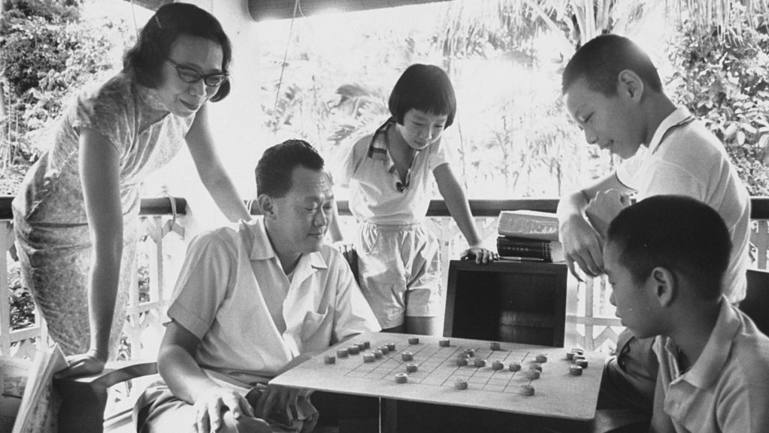 Although the PAP has never lost an election -- and few believe that will change anytime soon -- Lee Hsien Yang's presence adds to steadily growing opposition pressure. A record 12 opposition parties could wind up fielding candidates this time around, vying for the 93 seats contested.

The rift between the siblings can be traced to a dispute over their father's home. The house at 38 Oxley Road, a bungalow near Singapore's prime shopping belt Orchard Road, was the site of early PAP meetings and therefore holds historical value.

But Lee Hsien Yang insists their father wanted the house to be demolished. The fate of the residence has become a subject of parliamentary debate, and their sister, Lee Wei Ling, has taken Lee Hsien Yang's side.

"We do not trust Hsien Loong as a brother or as a leader," the post stated. "We have lost confidence in him."

Progress Singapore's Tan, when asked about Lee's place in his party, suggested his decision to join was a "clear indication" that "maybe the current team [of government leaders] didn't follow what his dad wanted." When Prime Minister Lee announced the election Tuesday, he sought to portray the PAP as a team of steady hands ready to guide the nation through the challenges of the coronavirus pandemic. But on Wednesday, his brother said he sees numerous deep-seated problems that need to be addressed in the city-state.

Nevertheless, Eugene Tan doubts whether the younger Lee will throw his hat in as a candidate.

"I would be very surprised if Mr. Lee Hsien Yang were to contest. I don't see him as a political animal," the professor said.

"If he were to contest, it would give credence to the argument that was asserted by former Prime Minister Goh Chok Tong in parliament" during a debate over the Lee family home: "that Mr. Lee Hsien Yang was seeking to undercut the political standing of his brother and bring him down as prime minister."

Contacted by the Nikkei Asian Review about the younger Lee's intentions, Alex Tan, a member of Progress Singapore's Central Executive Committee and personal assistant to Tan Cheng Bock, would only say, "At this juncture, I would not know what the situation is."