Situation urgent for US, allies after North Korean ICBM test 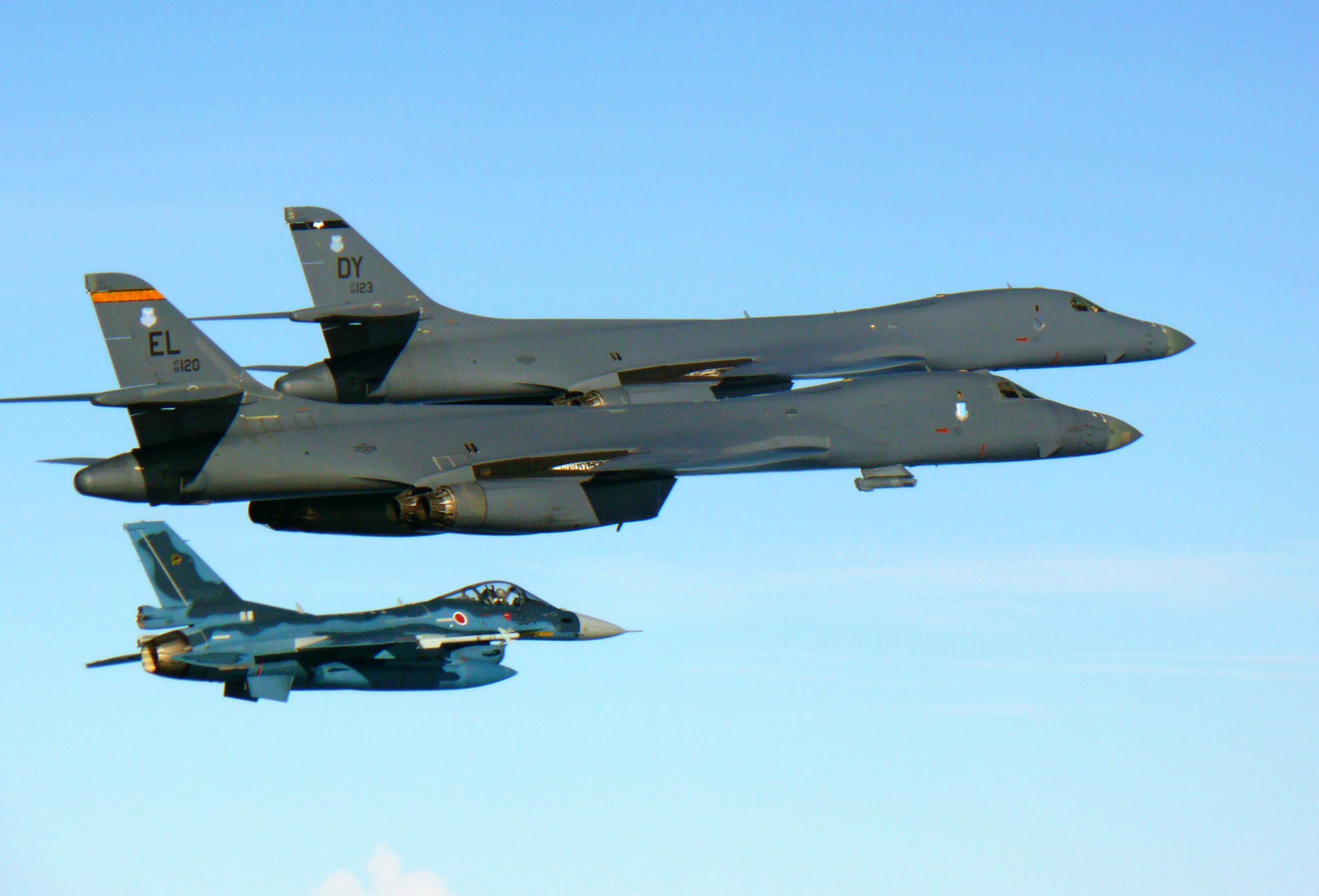 TOKYO -- North Korea's latest launch of an intercontinental ballistic missile has forced the U.S. and its allies into crisis mode.

But it is not clear how the administration assesses the feasibility of these options. 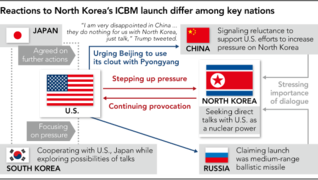 There is nothing unusual about military chiefs from different countries coordinating actions. What was surprising was the U.S. Department of Defense report regarding the conversation: It stated that the two chiefs "also discussed military response options."

Navy Adm. Harry Harris, chief of the U.S. Pacific Command, who would oversee any U.S. military action against the North, also took part in the phone call.

The Trump administration has been trying to pressure North Korea into abandoning its nuclear and missile programs with the help of China. The administration's reference to military options apparently reflects its sense of urgency about North Korea's faster-than-expected pace in developing ICBM technology.

U.S. security experts familiar with the crisis say top defense officials initially thought it would be about two years before North Korea could deploy an ICBM loaded with a nuclear warhead. Hence, the administration planned to work on a diplomatic solution while preparing for military action in case diplomacy failed.

But Pyongyang's two ICBM tests have proven that the assumptions underlying the administration's strategy are too optimistic. The Department of Defense has since revised its projections concerning North Korea's missile program, now believing the secluded regime could have an ICBM with a nuclear warhead capable of hitting the U.S. mainland by next year.

Undoubtedly, Washington will accelerate efforts to craft a plausible plan for military action against the North while working to ensure cooperation with Japan and South Korea in the event of an armed response.

This does not mean the Trump administration will immediately shift its focus from diplomatic efforts to military options. Informed diplomatic sources and former senior U.S. government officials still view an attack against the North as difficult.

War with North Korea would cause tens or possibly hundreds of thousands of casualties in South Korea, including U.S. troops and their families in the country.

The plan the U.S. is likely to adopt will come in two phases.

During the first, the Trump administration will expand sanctions against Chinese and Russian companies doing business with North Korea. At the same time, the U.S. will step up efforts to prepare a plan for military operations involving South Korea, openly talking about these efforts to increase pressure on China as well as North Korea.

In the second phase, the U.S. will intensify visible military pressure on the North while strengthening economic sanctions.

Specifically, the U.S. will increase flights of strategic bombers capable of carrying nuclear bombs while deploying aircraft carriers and other vessels to seas around the Korean Peninsula. It will also conduct more joint military exercises with Japan and South Korea.

But these actions alone are unlikely to force North Korea into abandoning its nuclear ambitions.

China will continue to be the key factor. The question is whether Beijing will be persuaded to employ genuinely effective means -- such as an oil embargo -- to extract concessions from North Korea.

It is hard to predict Washington's reaction if North Korea actually deploys an ICBM with a nuclear warhead capable of striking the continental U.S.

A U.S. expert on diplomacy says it is possible that calls for attacks against North Korea will increase within Congress and among the American public.