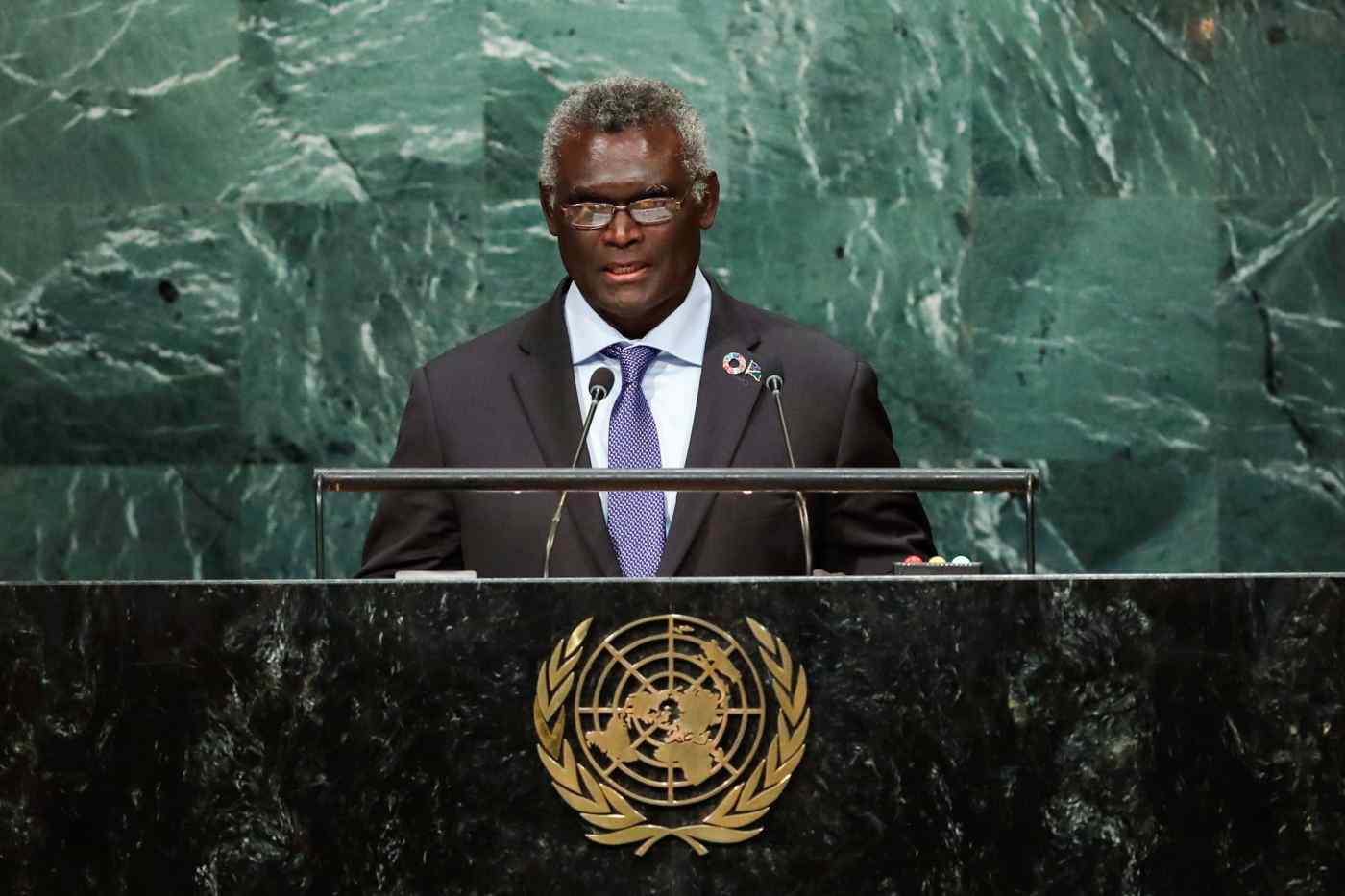 SYDNEY -- The parliament of the Solomon Islands will hold a vote Wednesday to choose a new prime minister against a backdrop of political strife regarding the South Pacific country's diplomatic relations with Taiwan.

Votes for prime minister will be cast by the 50 parliamentarians chosen in the April 3 general election.

The Solomon Islands have maintained diplomatic ties with Taiwan since 1983. But China has been courting the country assiduously, making ties to Taiwan the focal point of the election. The next prime minister faces a difficult choice.

Manasseh Sogavare, who was prime minister until 2017, and Peter Kenilorea Jr., son of the Solomon Islands' first prime minister, are leading candidates for the post. Sogavare stepped down in November 2017 following a no-confidence vote.

He is suspected of accepting a political donation from Huawei Technologies, a big Chinese telecommunications equipment maker, in connection with a submarine cable project, according to Australian media reports. Huawei has denied the allegations as baseless, saying the company has never given or promised political donations in relation to the project.

The Democratic Alliance Party, headed by former Prime Minister Rick Houenipwela, declared in its manifesto that it would review the Solomon Islands' diplomatic relations, including those with Taiwan. A local diplomat said that opened the door to discussing the country's ties to Taiwan, an issue the parliament has previously avoided.

China has been investing in neighboring Papua New Guinea and Vanuatu, particularly in infrastructure. The moves are seen as part of a broader South Pacific strategy aimed at furthering Beijing's maritime ambitions. Since Tsai Ing-wen became president of Taiwan in 2016, five countries in the region have severed diplomatic relations with the self-ruled island, switching diplomatic recognition to China.

"China is trying very hard to get them to change sides, and I am sure they would heavily incentivize that swap, but Taiwan is equally eager to have the Solomon Islands remain. It is not standing still, and will also be proactive in incentivizing them to remain," said Jonathan Pryke, director of the Pacific islands program at the Lowy Institute, an Australian think tank.

Tsai has rejected Beijing's "One China" principle and Taiwan has faced rising pressure as a result. Of Taiwan's 17 remaining diplomatic partners, six are Pacific island states. The Solomon Islands, with a population of around 600,000, is the largest. China is expected to continue working to peel away Taipei's few remaining allies.