Opposition accuses PM Sogavare of clinging on to power 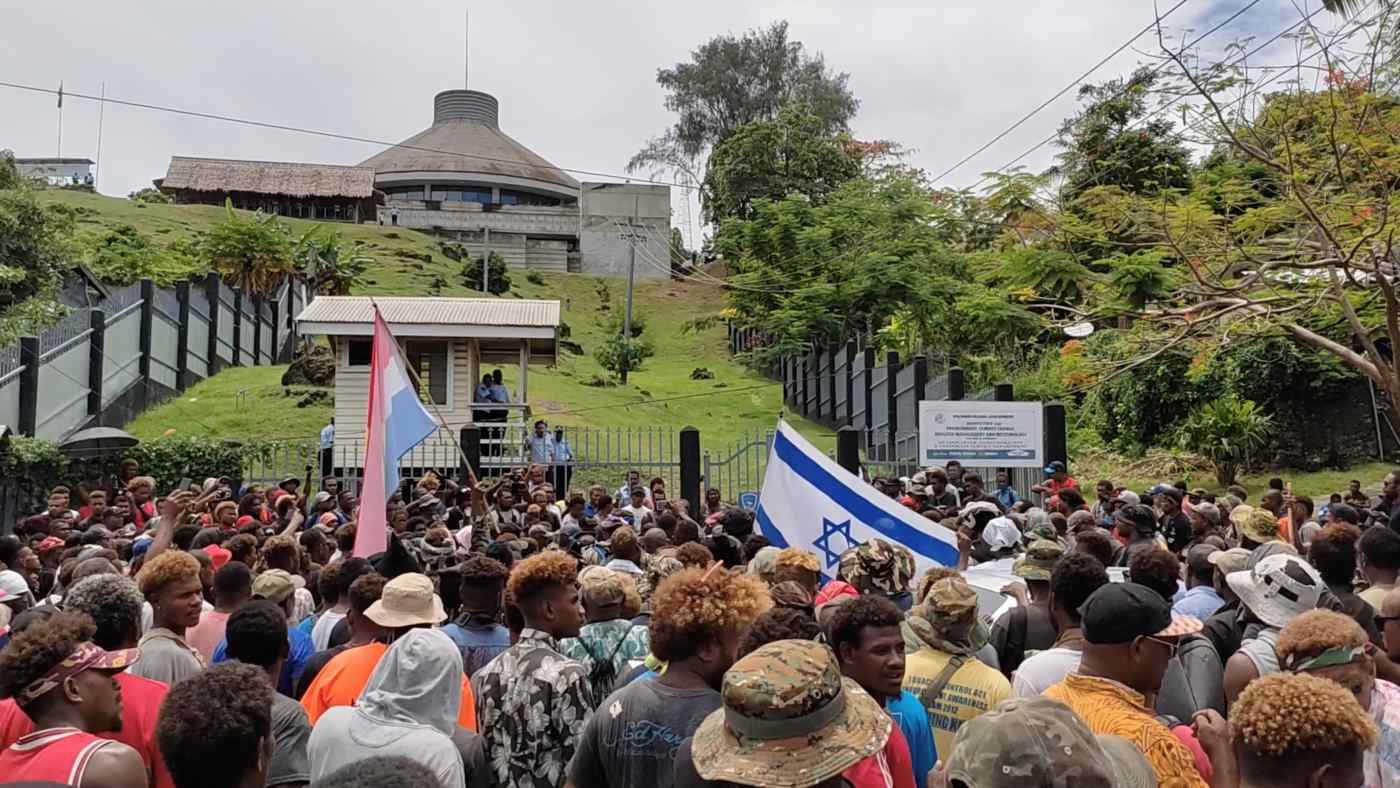 WELLINGTON, New Zealand (AP) -- Lawmakers in the Solomon Islands voted Thursday to delay their nation's general election from next year until 2024, a move that opponents say amounts to a power grab and that some fear could lead to further civil unrest.

Prime Minister Manasseh Sogavare said the seven-month delay, which required a constitutional amendment, was necessary because the nation is hosting the Pacific Games next year. He said holding an election at the same time would be too costly and logistically challenging.

But opposition leader Matthew Wale told lawmakers the move would cost people their right to vote in 2023.

"This bill is a result of a scheme by the prime minister to remain in power for longer than is necessary," he said.

He said Sogavare "has succeeded in making us the laughingstock of the region, as a country that is prepared to tamper with its constitution for a two-week event, against the clear wishes of its people."

Opponents also objected to the way the bill was rushed through Parliament, bypassing the normal process that allows for public submissions.

But with Sogavare's supporters in Parliament far outnumbering his opponents, he was able to comfortably get the two-thirds majority he needed for a constitutional change.

Sogavare said the delay would ensure a successful Pacific Games and didn't change anything about how the election would be run.

"The bill is basically to defer the dissolution of Parliament," he said.

Many people in the South Pacific nation of 700,000 remain skeptical of Sogavare's motives, and some worry it could result in more unrest.

Last November, rioting erupted in the capital, Honiara. What began as a peaceful protest against, among other things, the government's decision to switch allegiance from Taiwan to China turned into days of violence, arson and looting. In the aftermath, three bodies were found in a burned-out building.

The following month, Sogavare survived a no-confidence vote in Parliament.

Since then, Sogavare has further cemented his nation's ties with China by signing a new security pact, a move that has alarmed neighboring countries and others including the U.S., who fear it could lead to a military buildup in the region.

But Western efforts this year to rebuild relationships with the Solomon Islands have faltered. Sogavare was notably absent from a memorial service in Honiara marking a key World War II battle that was attended by U.S. Deputy Secretary of State Wendy Sherman and other foreign officials.

Then earlier this week, Australian Foreign Minister Penny Wong said her country had offered to pay for the Solomon Islands election to help keep it on track. That drew a swift rebuke from Sogavare, who accused Australia of meddling.

Sogavare said the timing of Wong's statement showed Australia was trying to influence lawmakers to vote against Thursday's constitutional amendment.

"This is an assault on our parliamentary democracy and is a direct interference by a foreign government into our domestic affairs," Sogavare said.

Wong told Australian lawmakers it had been a longstanding practice to provide electoral support for the Solomon Islands, and the government had merely been responding to questions from journalists about the latest offer.