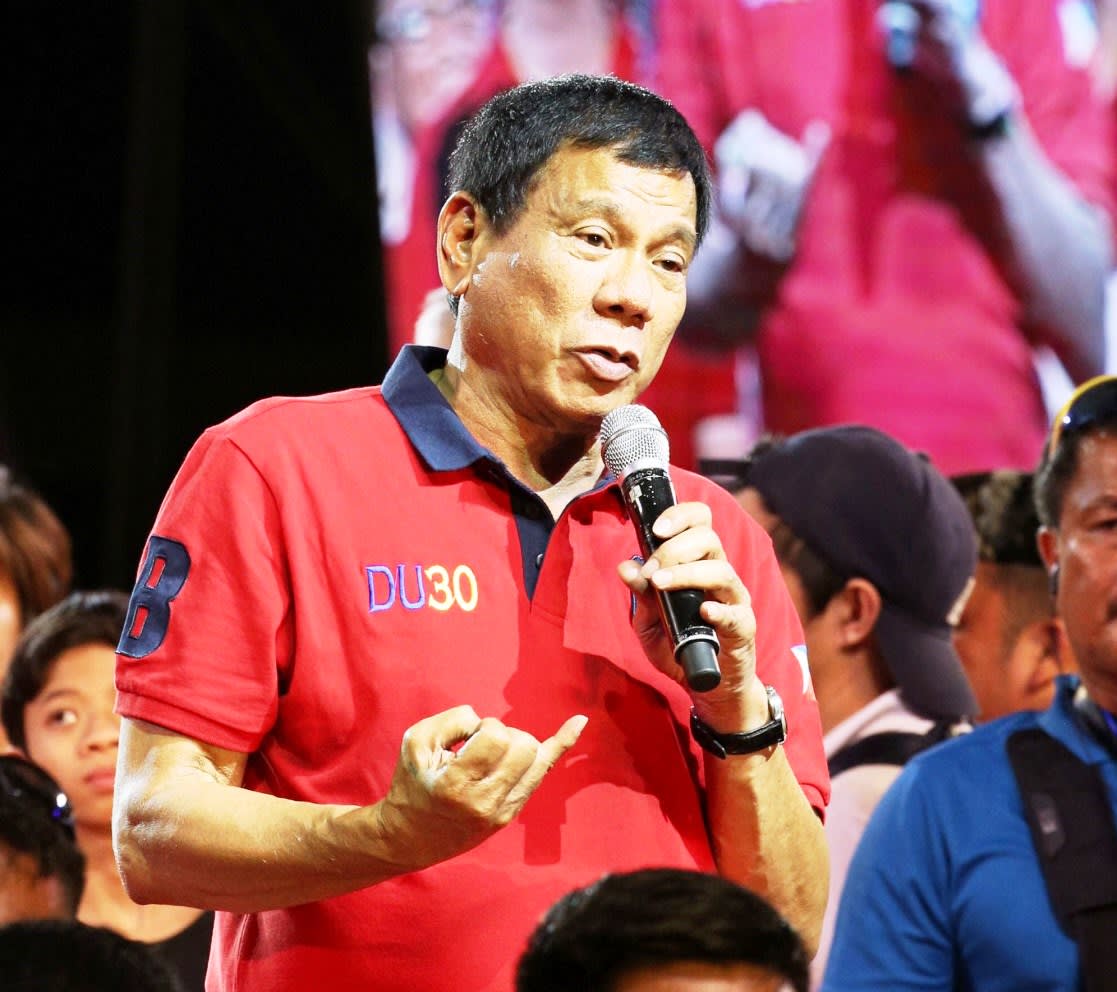 The benchmark Philippine Stock Exchange index rose 1.53% to end the day at 7,436.79, its highest close since Aug. 13 last year. The index surged 6.36% for the week, one of its biggest weekly gains this year.

"It was an orderly election, with no major controversy. Having a clear winner should pave the way for a smooth transition," he said.

Davao Mayor Rodrigo Duterte, 71, declared victory in the presidential contest on Wednesday after scooping up nearly 40% of the votes in a five-way race. His three closest rivals have congratulated him and conceded defeat.

Duterte early this week formed a transition team that will work with the administration of outgoing President Benigno Aquino. 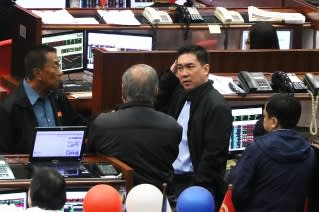 The Philippines' main stock index has gained more than 6% since May 6 in a post-election rally. (Photo by Yumi Kotani)

"The orderly elections reduced political risks. And the incoming president was able to reassure investors that he will continue some of the current administration's economic policies," said AB Capital Securities analyst Alexander Tiu. He said that in the weeks before the election, investors had little idea about how would Duterte run the economy.

During the campaign, Duterte talked mostly about fighting crime, fueling concerns among stock market investors about the lack of economic policy for the country, whose economy boomed under Aquino. Duterte is aiming for annual economic growth of 7-8%, a spokesman said. Last year GDP expanded by 5.8%.

Duterte, the first Philippine leader from Mindanao, in the country's south, has strongly pushed for a federal form of government to disperse economic activity beyond metropolitan Manila.

Companies that have exposure in Mindanao are already benefiting, said AB Capital's Tiu. Shares of SM Investments, whose property unit SM Prime Holdings and banking arm BDO Unibank have operations on the southern island, rose 3.43% on Friday and were up 7.34% on the week. Aboitiz Power, which has power plants in Mindanao and distributes electricity in Davao, advanced 3.64% and 6.70% from a week earlier.

Foreign investors also cheered Duterte's plans to increase the foreign ownership limit to 70% from 40% in critical sectors such as telecommunications, transportation and mining, Tiu said. Shares of Philippine Long Distance Telephone fell 1.5% on Friday, but still finished the week 3.98% higher.

Duterte's willingness to engage China on possible joint commercial exploration of disputed areas in the South China Sea lifted shares of Philex Petroleum, which rose 0.96% on Friday, and surged by 43.18% for the week.

Philex Petroleum, controlled by PLDT Chairman Manuel Pangilinan, holds around 60% stake in Forum Energy, which in turn owns a 70% interest in Service Contract 72, the exploration rights for Reed Bank, a disputed area in the South China Sea. Exploration of Reed Bank has been hampered by the territorial dispute.

Duterte also plans to expand Davao's policy on prohibiting the sale of liquor after 1 a.m. and banning smoking in public places nationwide. Shares of LT Group, whose units manufacture tobacco and liquor, rose 1.20% on Friday, but were down 6.11% from a week earlier. Distiller Emperador, a unit of Alliance Global Group, dropped 1.94% on Friday, and slid 4.76% on the week.

In the latest vote of confidence in Duterte, Natixis economists Trinh Nguyen and Gary Ng said the market had been too focused on Duterte's maverick rhetoric.

"We argue that if we judge a man by his actions and not his words, then Duterte may actually be rather positive for the Philippines and is the right person to take the country to the next level," they said in a report.

The two previous administrations lowered the fiscal deficit, improved external balances, and lifted growth. "The next step is to resolve long-standing challenges, such as security, infrastructure and jobs. And the eight-point economic plan seems sane and credible, in sharp contrast to his crass remarks," they said in the same report.