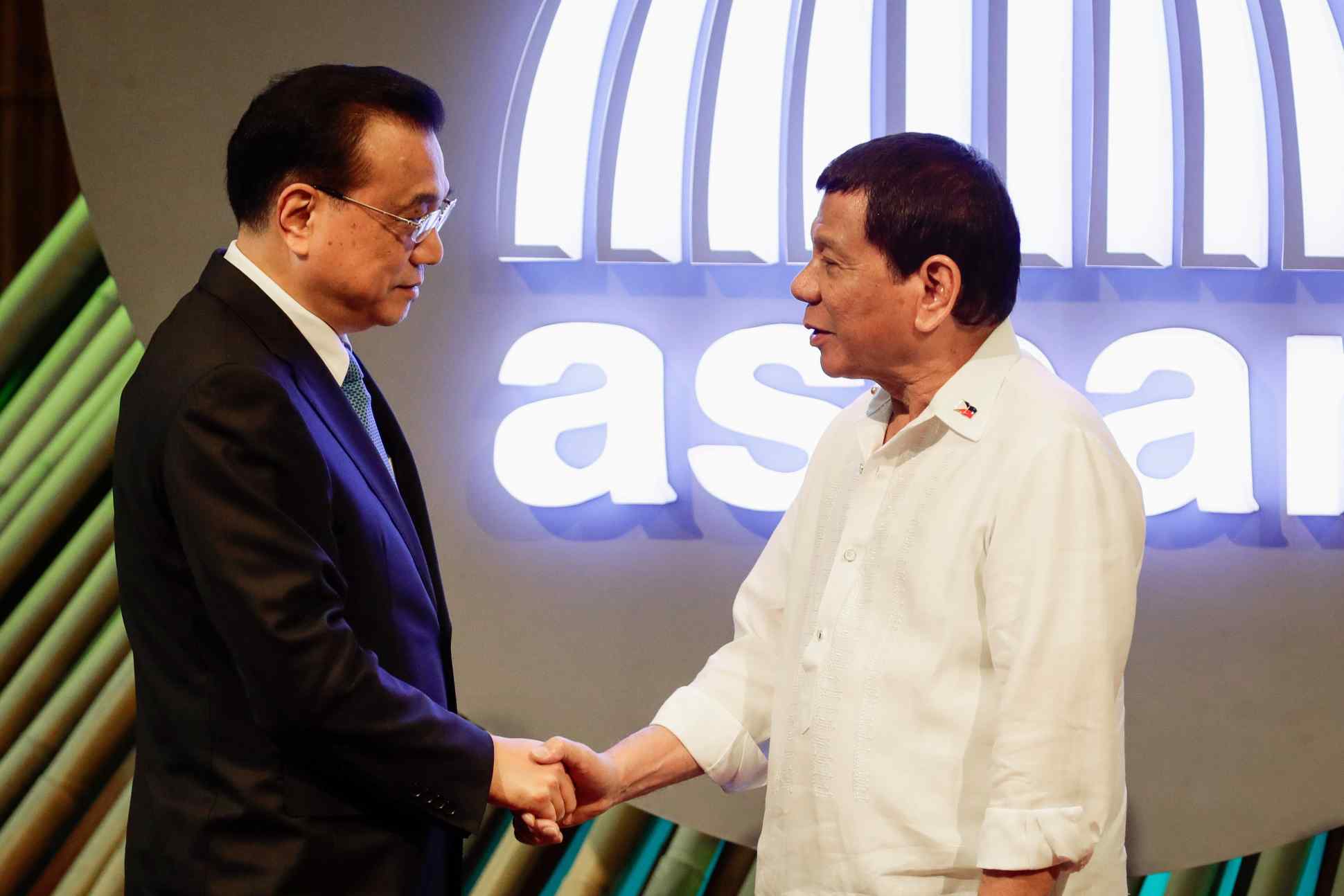 MANILA -- Competing claims over territory in the South China Sea, which have long held center stage at meetings of the Association of Southeast Asian Nations, have been getting less attention at the current ASEAN summit and in related meetings being held in the Philippine capital through Tuesday.

On Monday, the ASEAN-China summit resolved that discussions to draw up a code of conduct for the disputed waters will start in early 2018. The code aims to reduce tensions between China, which has been aggressively building up islands in the strategic waterway, and ASEAN members that have competing claims.