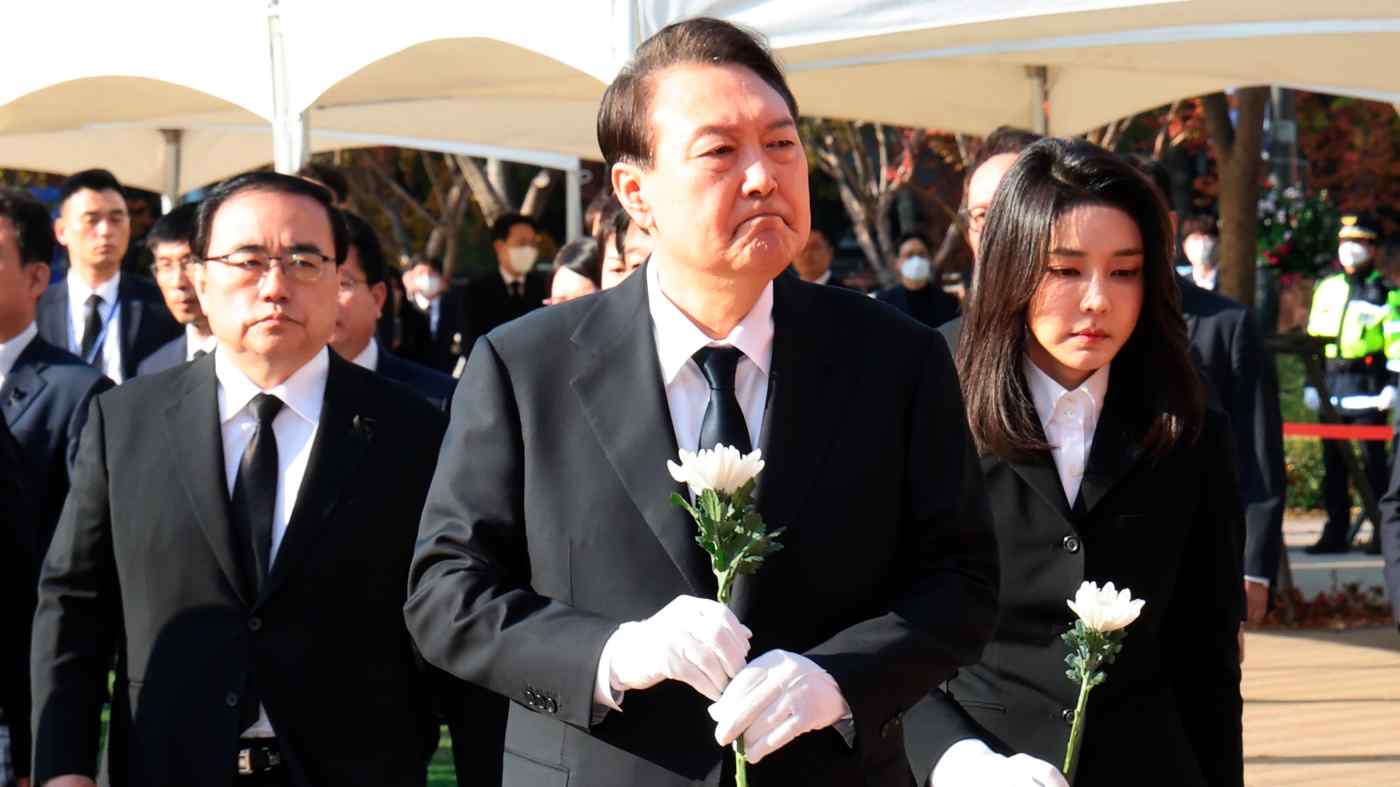 SEOUL -- The Halloween crowd crush that killed at least 154 people in Seoul over the weekend poses a new test for South Korean President Yoon Suk-yeol, as the prosecutor-turned-politician faces calls to improve public safety.

South Koreans are mourning the dead while wondering how such a disaster could have happened in the heart of their gleaming capital. Witnesses said there were not enough police or city officials in the streets Saturday night to manage the crowd, believed to have swelled to about 100,000 people.