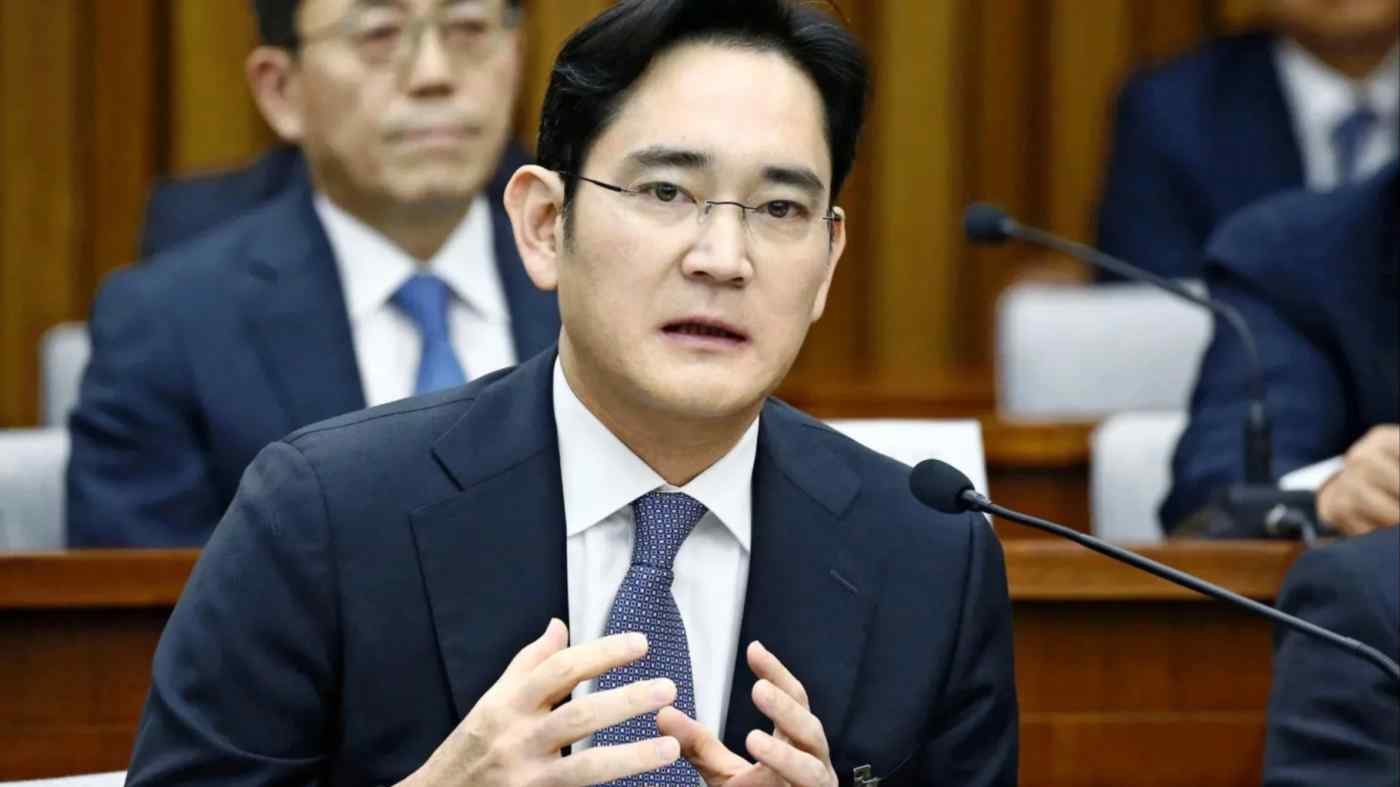 SEOUL (Reuters) -- South Korea's Supreme Court on Thursday ruled that a bribery case against the heir of the Samsung Group should be reviewed by a lower court, raising the possibility of a tougher sentence and potential return to jail.

The Supreme Court overturned part of an appeals court bribery conviction against Samsung's de facto chief Jay Y. Lee, who had been given a two-and-a-half-year suspended sentence for seeking favour from the country's ex-leader.

The Court said the interpretation by the Seoul High Court on what constituted bribes by Samsung to then-President Park Geun-hye was too narrow and returned the case to the appellate court.

"The appeals court's ruling was based on the premise that the horses defendants gave to Choi Seo-won were not to be considered bribes, misinterpreting the principle of law regarding bribery and mistakenly affecting the ruling," Chief Justice Kim Myeong-su said.

Choi is a confidante of the former president who was convicted of bribery and other charges and is serving a 20-year prison sentence.

The case against Lee centred on whether three horses donated by Samsung Group for the training of the daughter of Choi, a competitive equestrian, should be considered bribes aimed at winning the president's favour in the conglomerate's succession planning.

"The court overturned the part of the appeals court rulings that found him not guilty. That means it is inevitable he will get a heavier sentence," said attorney Choi Jin-nyoung, who is not involved in the case.

A sentence of more than three years would mean immediate incarceration as a suspension of sentence is only permitted for terms of up to three years under South Korean law.

Court documents showed Park asked Lee to help the daughter and was convicted on grounds that the horses were bribes worth around 3.7 billion won ($3.05 million). However, the horses were not recognised as such in Lee's trial, helping reduce his sentence.

The Supreme Court said however the appeals court erred in not recognising the horses as bribes given by Samsung to win favours.

Park was impeached in 2017 after weeks of street protests demanding her ouster for abuse of power and corruption.

The Supreme Court also ruled the High Court erred in its decision against Park on procedural points, ordering a review. The review is unlikely to significantly alter the 25-year sentence she is serving.

The ruling cast doubt whether Lee, 51, can focus on steering the group's flagship Samsung Electronics Co Ltd through falling profitability and Japanese export curbs on materials crucial for the world's leading chipmaker.

Lee has since been on a high-profile mission to tackle what he told his lieutenants was a "crisis".

Officials at Samsung are concerned about what his absence would mean for key management strategies in a tougher business climate than when Lee was arrested in 2017, a person with direct knowledge of the matter told Reuters.

Lee, vice chairman of Samsung Electronics, was sentenced in 2017 to five years imprisonment for bribing a friend of Park as he sought to succeed his father and strengthen control of Samsung Group.

He was freed after a year in detention when the appellate Seoul High Court halved his sentence and suspended it for four years. Both Lee, who denies wrongdoing, and prosecutors appealed.

Speaking to reporters after the ruling, Lee's lawyer denied Samsung received any favours from Park and said any payment made by Samsung was in response to a demand from the now-deposed leader, an argument it had made in lower court trials.

"The Supreme Court decision is regrettable in the sense that it found providing financial support at the demand of the President constituted a bribe," said Lee In-jae from Bae, Kim & Lee that represents Jay Y. Lee and former Samsung executives.

"The defendants feel very sorry to have caused disappointment and concern to many over this matter," he said.

By close of trade on Thursday, shares in 12 out of the 15 listed Samsung Group affiliates fell, with Samsung Electronics falling 1.7% and Samsung BioLogics Co Ltd plunging 4.9%, helping push the benchmark KOSPI down 0.4%.

Park Jung-hoon, fund manager at HDC Asset Management which owns Samsung Electronics shares, said Lee's return to jail will have little impact on Samsung management or earnings, and could soon be entitled to a presidential pardon, given economic difficulties Samsung and the country face.

"The ruling could cause short-tern volatility to the market, but will ease uncertainty about the three-year-long case," Park said.

After the Supreme Court's decision, Samsung Electronics said the company would "avoid a recurrence of past mistakes" and promised to continue to contribute the country's economy.