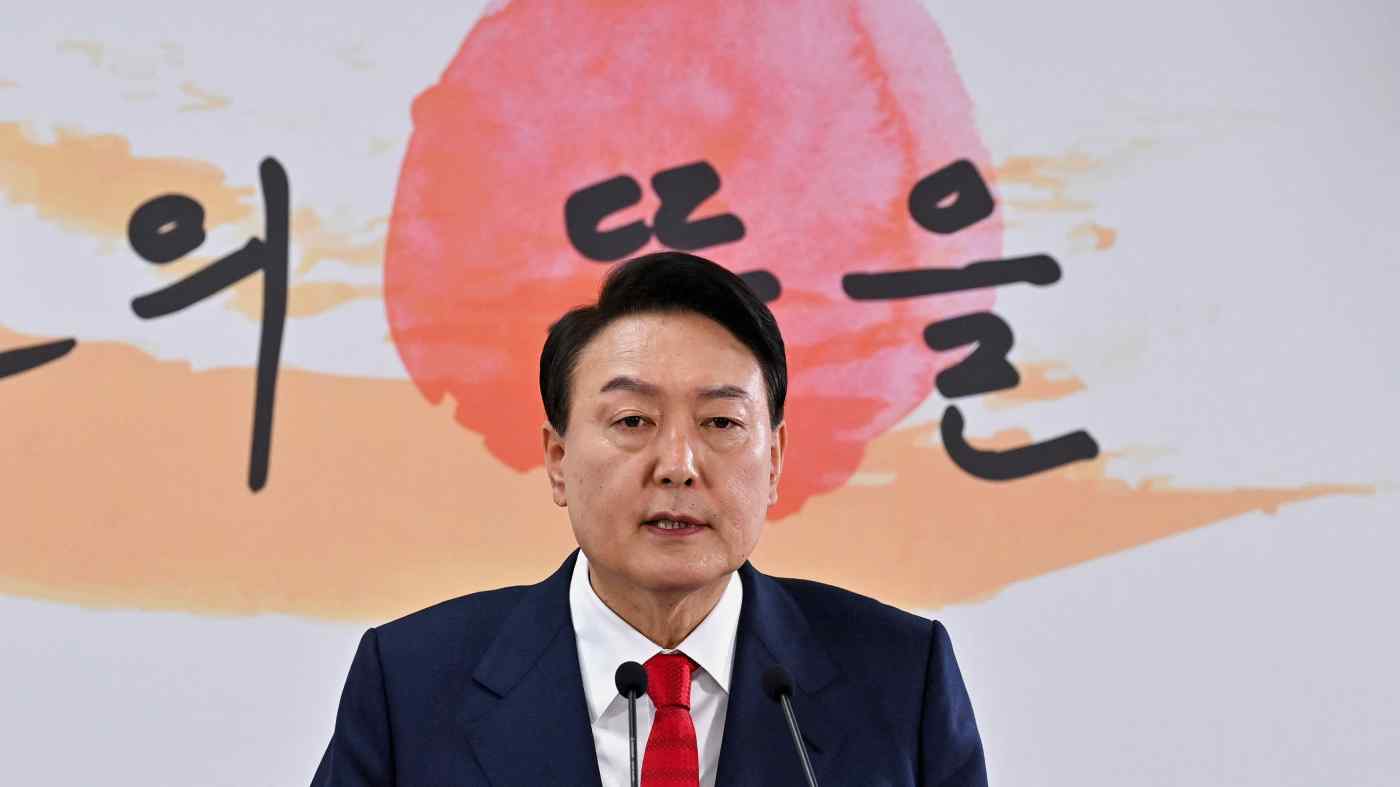 Yoon, who takes office in May 10, announced eight cabinet minister nominations, including defense, industry, health and land. All are subject to parliamentary confirmation hearings.

Choo is a second term lawmaker in Yoon's conservative People Power Party, but has served 33 years in government roles including as vice minister of economy and finance, and vice chairman of Financial Services Commission.

His nomination came as Asia's fourth-largest economy faces challenges of quelling decade-high inflation without destabilizing the markets amid continued recovery from the coronavirus pandemic.

Standing together, Yoon said Choo would facilitate policy coordination among agencies and with the parliament.

"The new government's top priority is to stabilize prices and people's livelihoods."

South Korean economy last year grew at the fastest pace in 11 years but is expected to slow in 2022 and consumer inflation is hovering at a decade high amid global supply shocks and Russia's invasion into Ukraine.

Choo, as a member of the presidential transition committee, has been working to draw up an extra budget plan to support small businesses and the self-employed who have been affected by the COVID-19 pandemic.

Yoon also nominated Lee Jong-sup, a retired military commander who formerly served as deputy chairman of the Joint Chiefs of Staff, as his first defense minister.