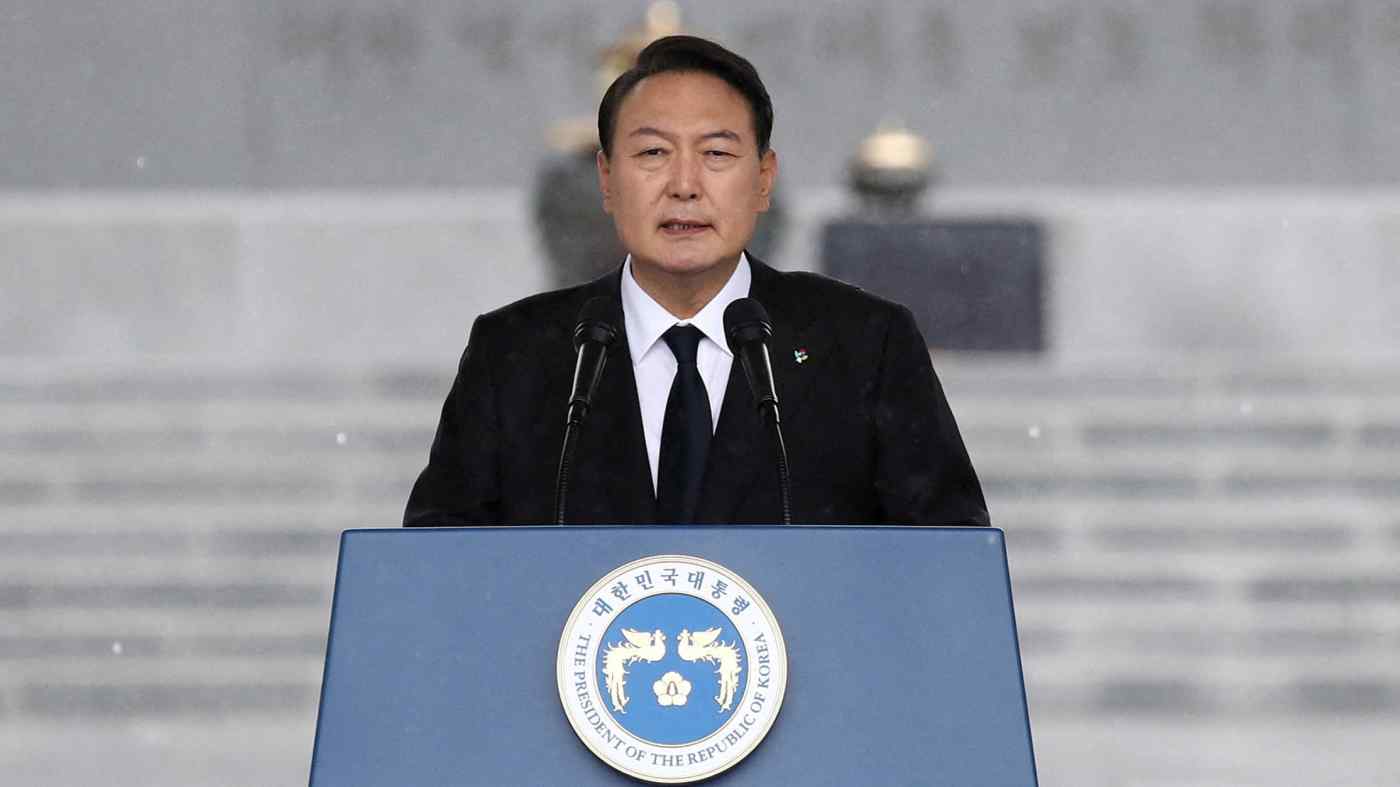 SEOUL -- After three months on the job, South Korean President Yoon Suk-yeol's approval rating has already sunk well below the worst figures of his predecessor, raising questions about whether his government will ever find its footing.

Yoon's rating last week hit 24%, down from 28% a week earlier, according to polling by Gallup Korea. The previous president, Moon Jae-in, had his struggles but never saw his approval rating dip below 29% in a given week or 35% on a quarterly basis.