South Korea's economy in limbo as standoff holds up stimulus 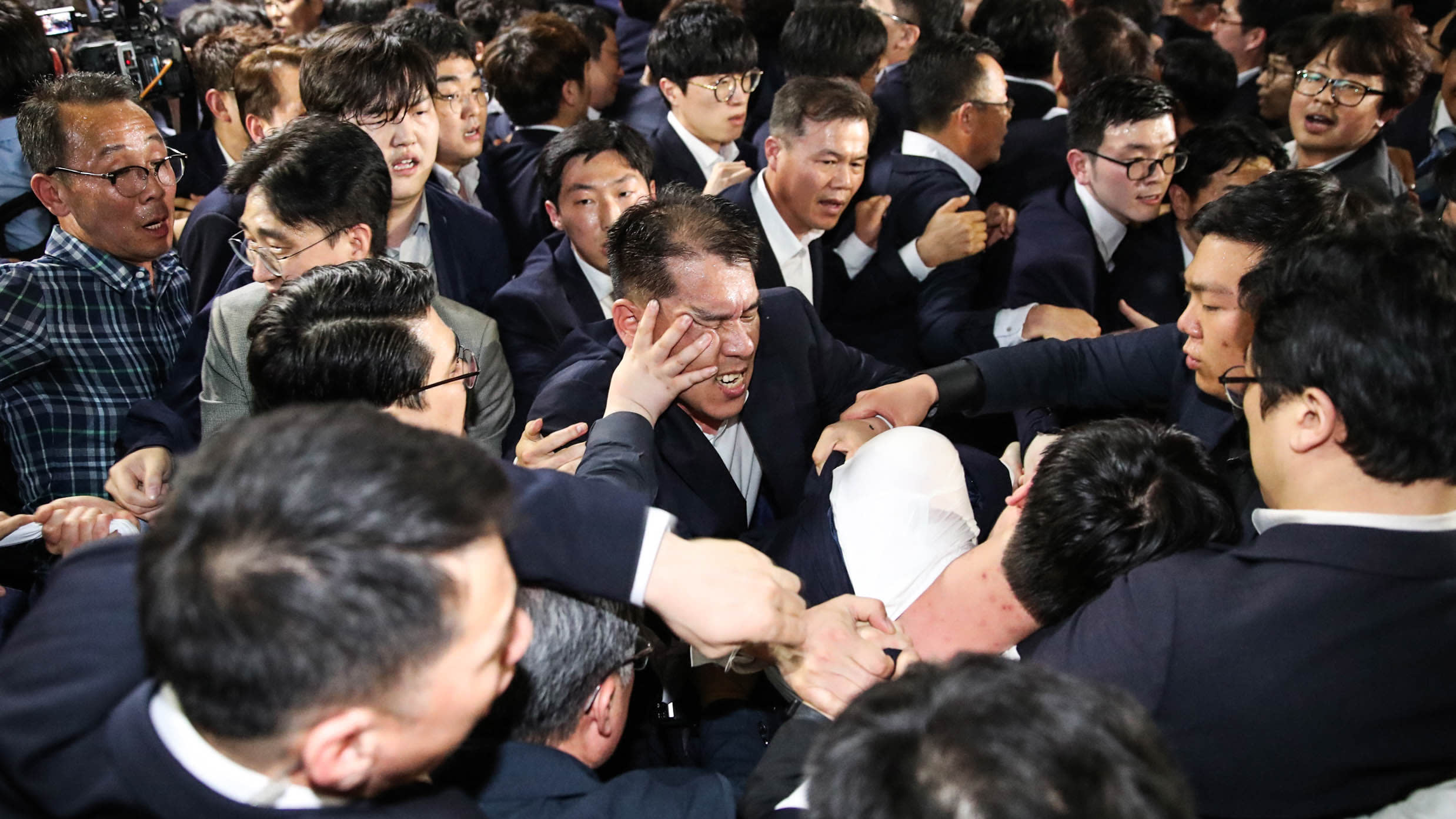 Moon came into office pledging to be a communicative leader, who would listen to his people and enact policies based on public consensus after good-faith deliberations with the political opposition. Two years into Moon's single five-year term, he presides over a political logjam, with the conservative opposition digging in to stymie passage of a 6.7 trillion-won ($5.7 billion) stimulus package that Moon says will boost the sagging economy.

Recent weeks have seen violent scuffles in the National Assembly as the main opposition Liberty Korea Party attempted to block efforts by the other parties, led by Moon's Democratic Party, to fast-track a series of bills on electoral reform and the creation of a special unit to investigate allegations of corruption by government officials. The opposition argues that the administration wants to use the investigative unit as a tool to persecute opponents, and that the ruling party was attempting to ram through the legislation without building a consensus first.

As the political parties tussle in the legislature, their supporters trade barbs online. The most visible feature of Moon's efforts to understand public sentiment was the creation of an online system where any citizen can lodge a petition. Any petition that garners more than 200,000 signatures warrants an official response from the presidential office.

While the LKP was refusing to play nice in parliament, a petition was launched that has received nearly 10 times the required number of signatures. The petition calls for the LKP to be disbanded, mostly over the party's refusal to sign off on the Moon administration's plan for a supplementary budget. Critics of the opposition argue that the budget is necessary to revive the flagging economy, and that the party is risking the country's economic well-being with its obstruction.

Analysts say the petition system has become a way for people to express their political opinions, and that most are aware the presidential office does not have the authority to unilaterally ban a political party.

"More than pushing for the actual dissolution of the Liberty Korea Party, it looks like the citizens who signed the petition wish to send a serious warning to the party over their interference in the country's democratic process," said Chun Sang-chin, a sociology professor at Sogang University in Seoul.

LPK supporters have responded with a petition of their own seeking the demise of the ruling party. It has received about 320,000 signatures.

In a meeting with party floor leaders at the National Assembly on May 9, Finance Minister Hong Nam-ki pleaded with the parties to cooperate and pass the budget before the end of May.

The proposal includes funding for air purifiers for schools and other public buildings, and investment in renewable energy aimed at easing South Korea's worsening air pollution. It also allots funds to programs that the government says would create 73,000 jobs.

The jitters over the economy worsened in late April, when data unexpectedly showed that South Korea's economy contracted in the first quarter of 2019. Some economists argue that the stimulus package is too small to make a significant contribution to economic growth.

"Due to the pace of the economic downturn, the size of the supplementary budget should actually be increased. The government has said that it can increase growth by 0.1%, but it will be hard to achieve that," said Sung Tae-yoon of Yonsei University in Seoul.

There is reason to believe the LKP is playing a long game, seeking to seize on public discontent with the economy and strengthen its position in parliament. The country's conservative bloc has been reeling since the 2016 corruption scandal that led to the impeachment and ouster of former President Park Geun-hye. Since then, the party has renamed itself in an effort dissociate itself from Park and her predecessor, Lee Myung-bak, who is also beset by corruption allegations.

The LKP appears to be trying to distinguish itself from the Moon administration's tax-and-spend approach with an eye to parliamentary elections next year.

"With its protests, the Liberty Korea Party is reinforcing its role and status as an opposition party," said Shin Yul, a professor of politics at Myungji University in Seoul. "Their choice to do this shows that the party leadership is looking ahead to the next election."