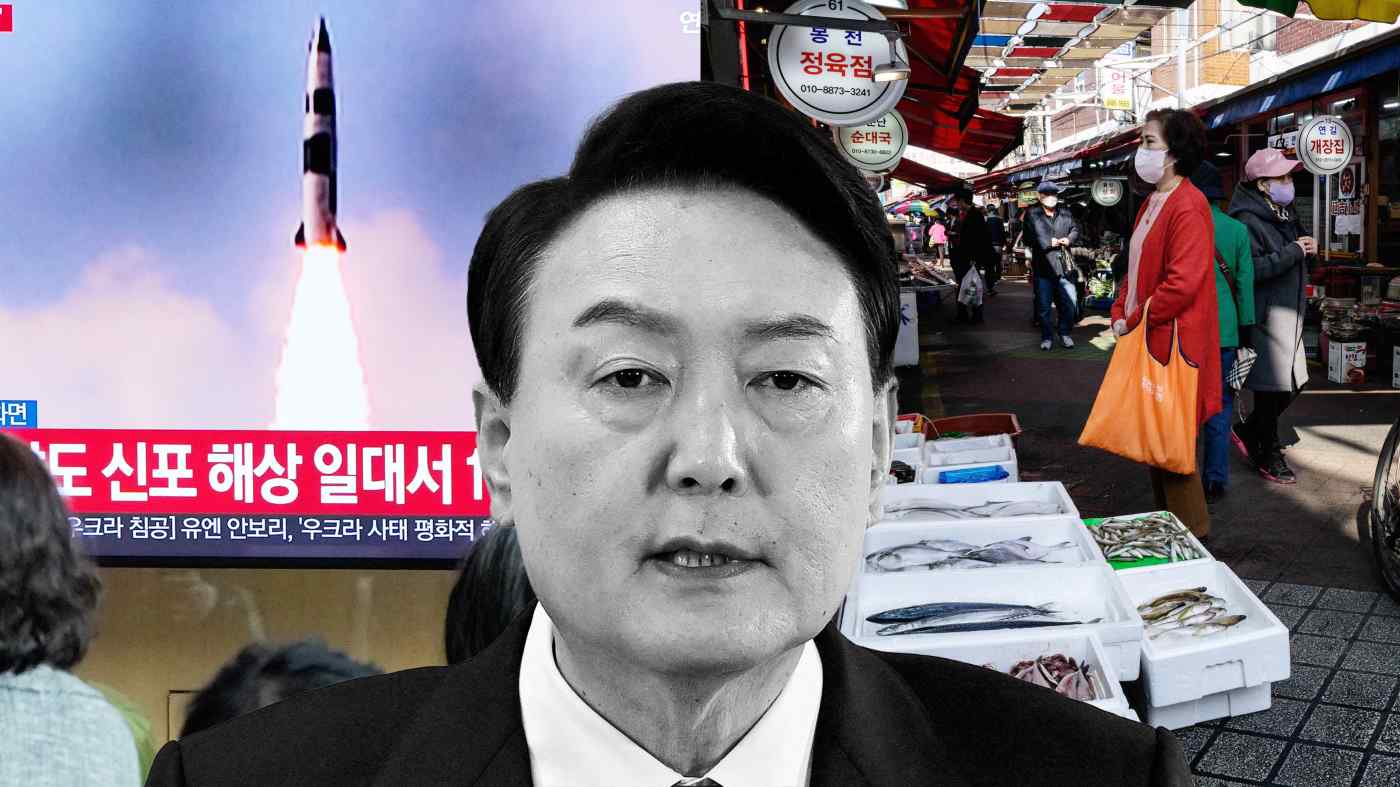 SEOUL -- Yoon Suk-yeol will be sworn in as South Korea's 20th president on Tuesday, entering office against a backdrop of North Korean missile launches, diplomatic challenges, soaring inflation and a politically polarized nation.

The country's former chief prosecutor will be taking his first political position after defeating progressive opponent Lee Jae-myung by less than 1 percentage point in March's election.