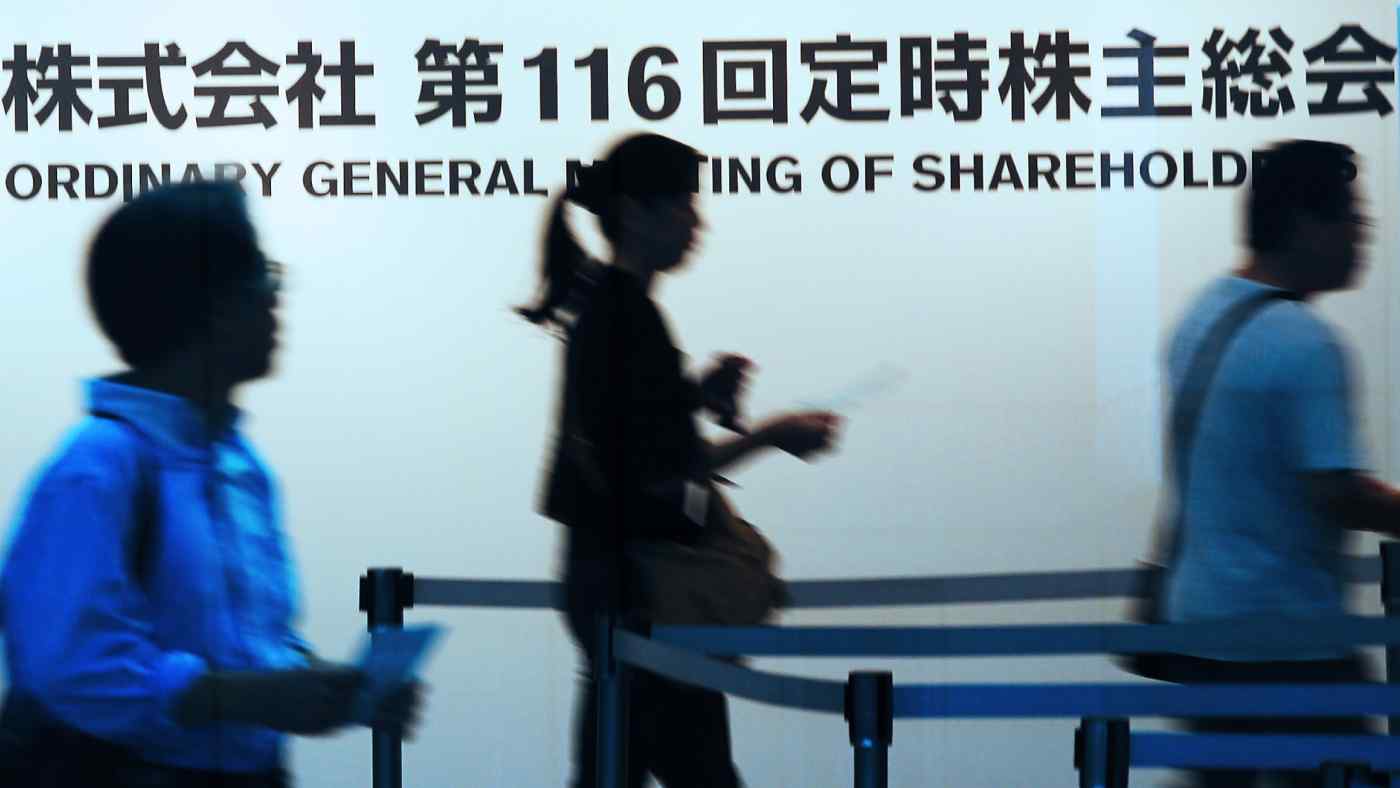 TOKYO -- The Japanese government is seeking legal changes to allow corporate shareholder meetings to be held fully online, as the coronavirus pandemic has prompted many companies to mix limited online gatherings with actual physical ones.

Japan's Companies Act, which stipulates that corporations must publish a convocation notice with a specific "venue," currently does not recognize "online" as location. Shareholders meetings are thus not allowed to be held entirely in cyberspace, while a certain number of participants must gather physically for voting and other purposes. But business leaders have been calling for the lifting of such requirements.

The legal revision is expected to make it more convenient for companies to adjust to rising infection risks posed by the spread of COVID-19.

Adding a special measure to the current law is under consideration and officials will discuss the issue Thursday afternoon at a meeting of the Growth Strategy Council, a government panel, to be held at the Prime Minister's Office.

The government is set to work out a concrete direction for the amendment by the end of the year as it seeks the lifting of the ban in sometime in 2021, amid expectations the pandemic will have yet to be quelled.

The government is considering altering laws related to the Companies Act, as changing it is expected to take time due to the holding of required discussions at a legislative council. There is a plan to create a special measure to exempt companies from the "venue" provision of the Companies Act under certain conditions.

Specific conditions set for the special measure are to be discussed by the year-end.

Under the current law, some participants can join a meeting through a videoconferencing system. Some of this year's shareholders gatherings were held combining virtual and physical aspects to prevent the spread of infections.

According to a survey by the Federation of Economic Organizations, or Keidanren, nearly 30% of companies held such mixed shareholder meetings in June.

Some companies adopted a format in which general meetings were broadcast live, while others allowed voting. Shareholders were able to watch the live video after their IDs and passwords were confirmed. Voting rights were exercised in writing or via online.