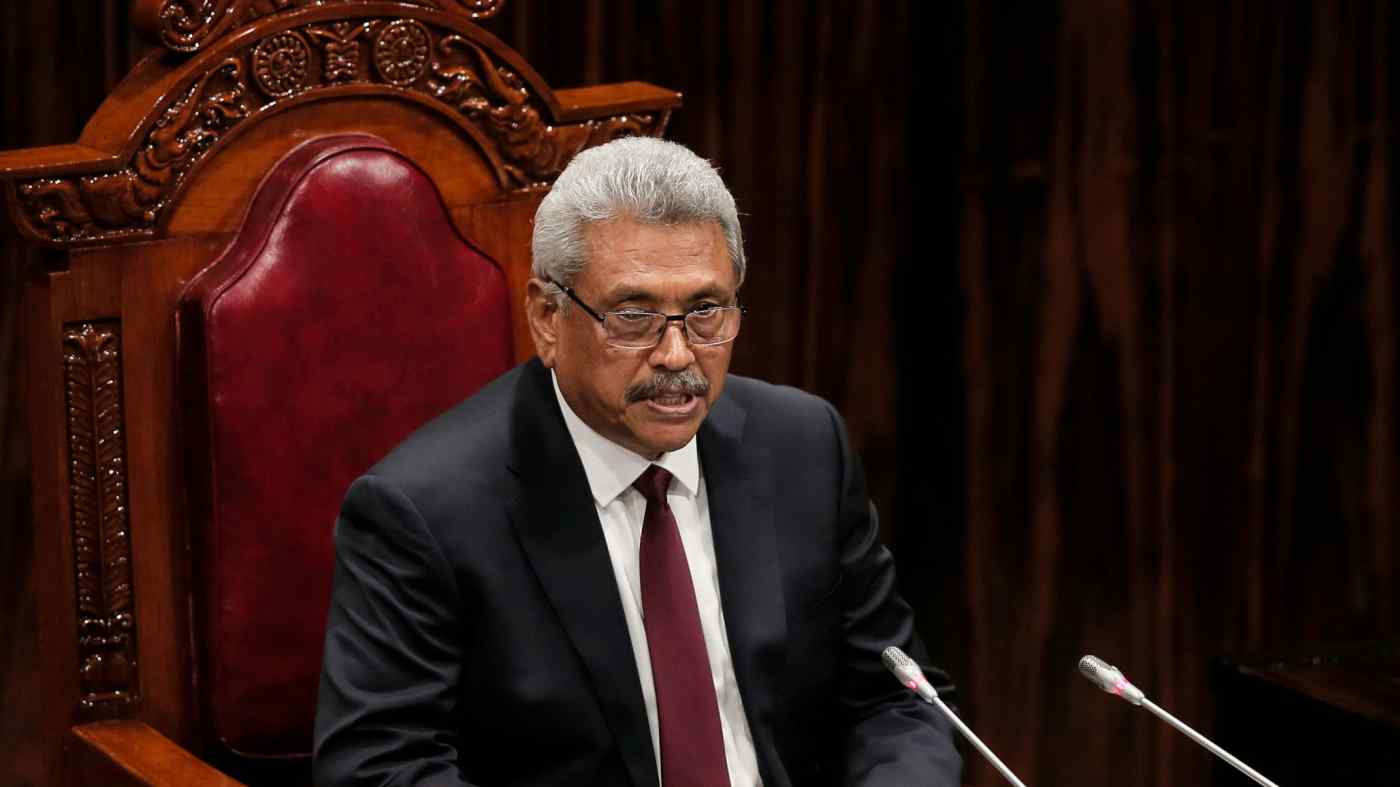 Political opponents are critical of and lawyers concerned with a constitutional amendment that is to give Sri Lanka President Gotabaya Rajapaksa autocratic powers, while the business community is expectant of a better economy.   © Reuters
MARWAAN MACAN-MARKAR, Asia regional correspondentOctober 1, 2020 11:48 JST | Sri Lanka
CopyCopied

COLOMBO -- Sri Lanka's political pendulum is swinging toward a strong, centralized state in the grip of an executive president with sweeping authoritarian powers, fulfilling a goal of the Rajapaksas, the South Asian nation's most influential political clan.

The government of the ruling Rajapaksa siblings -- President Gotabya Rajapaksa and Prime Minister Mahinda Rajapaksa -- has now set the stage for an imperial presidency. It did so by introducing a constitutional amendment in parliament, where the Sri Lanka Podujana Peramuna, the brothers' political vehicle, enjoys an invincible majority.