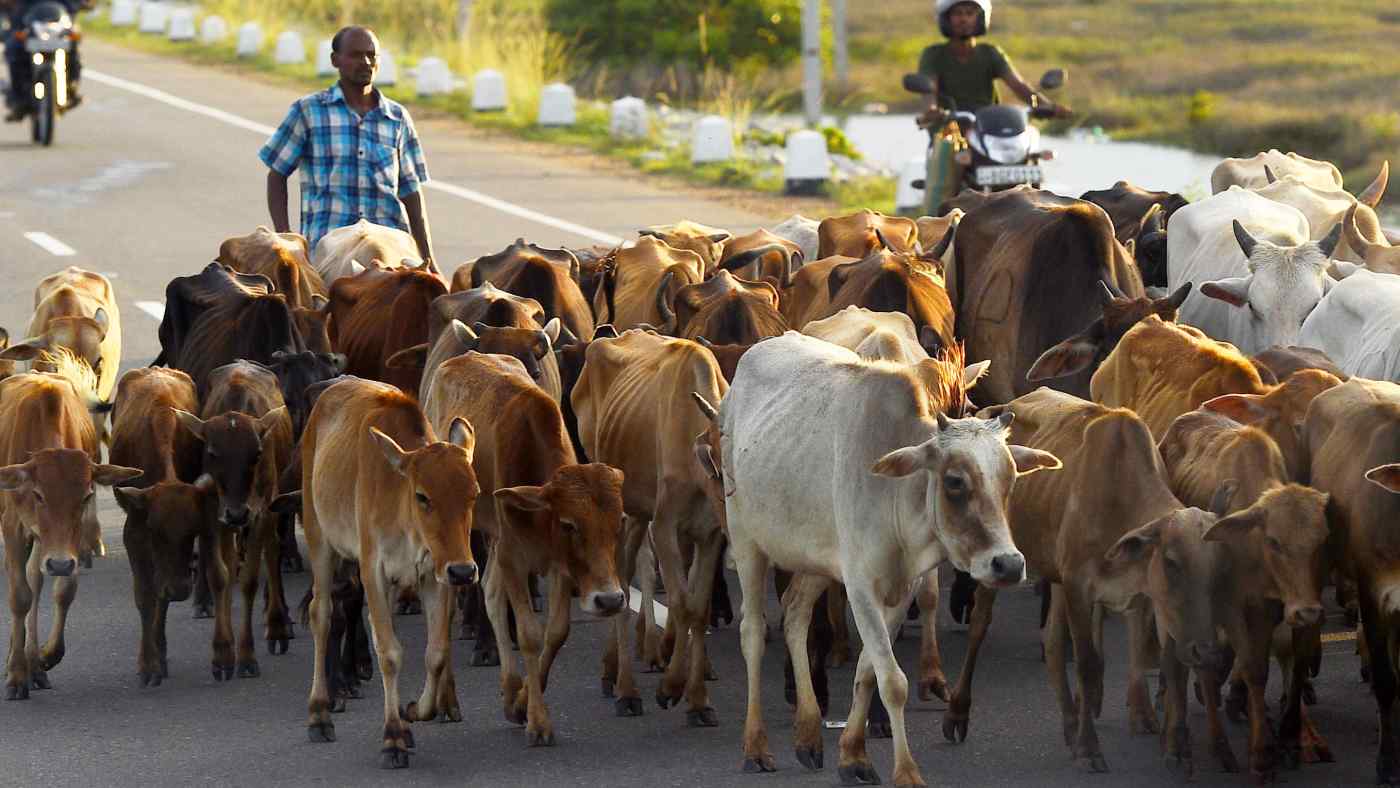 A ban on the slaughter of cattle will end up increasing Sri Lanka's cattle population and send herds roaming across many parts of the country, the vice president of the Muslim Council of Sri Lanka says.   © AFP/Jiji
MUNZA MUSHTAQ, Contributing writerSeptember 19, 2020 19:15 JST | Sri Lanka
CopyCopied

COLOMBO -- Sri Lanka's ruling party has proposed a ban on the slaughter of cattle that the country's Muslim minority sees as a new effort to inflame their community as Buddhist groups amass political power.

While Prime Minister Mahinda Rajapaksa's government denies the ban is meant as a swipe against Muslims, it does call it a "good gesture" toward the Buddhist majority.