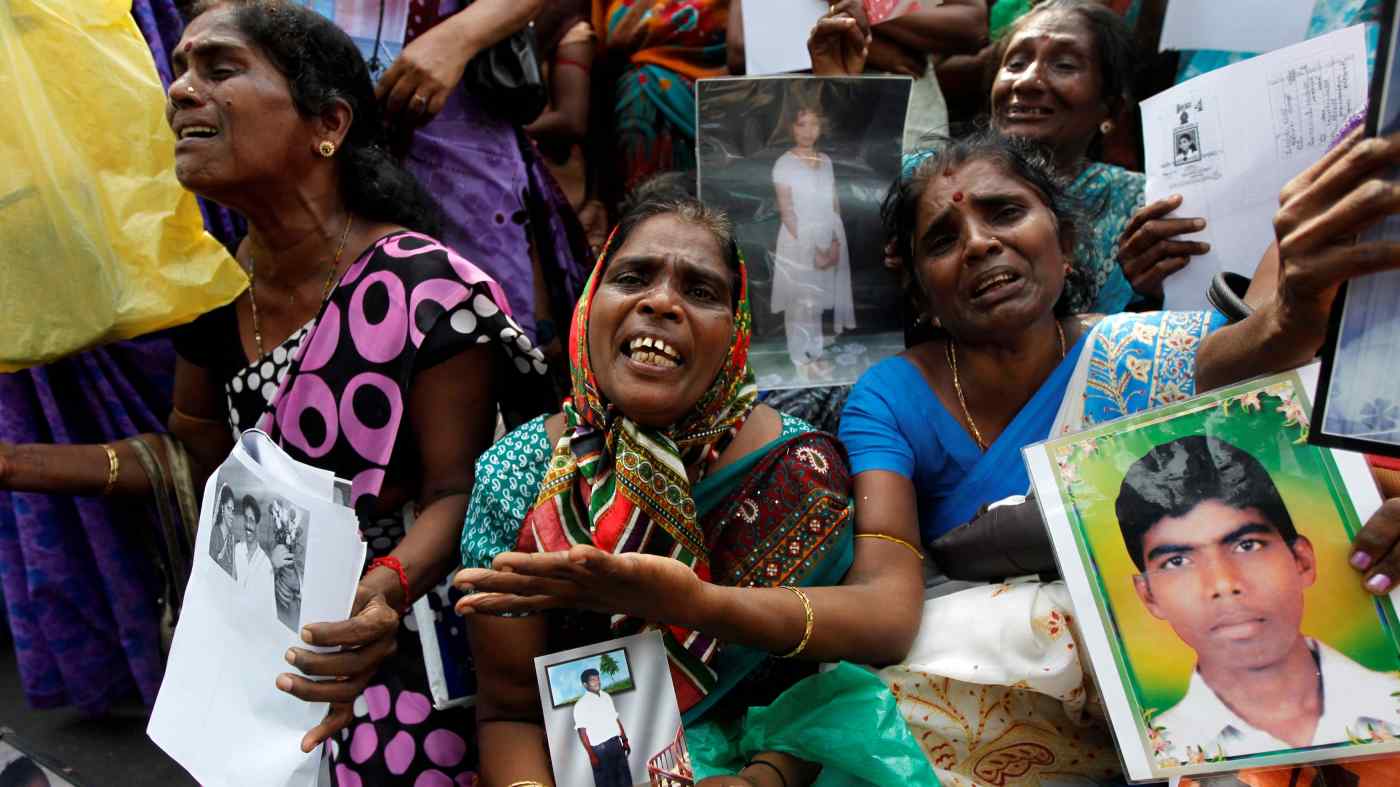 Tamil women cry as they hold up images of family members who disappeared during the war against the Liberation Tigers of Tamil Eelam, at a protest in Jaffna, about 400 km north of Colombo, in August 2013.   © Reuters
KIRAN SHARMA, Nikkei staff writerApril 22, 2021 18:28 JST | Sri Lanka
CopyCopied

NEW DELHI -- It has been more than a decade since Sri Lanka's armed conflict ended, and observers say the country's rule of law and human rights situations remain a matter of grave concern.

Speaking on Thursday in an online discussion hosted by the Law Association for Asia and Pacific, eminent panelists touched upon a resolution that the United Nations Human Rights Council adopted last month, decrying the nation's human rights record.

"The country has continued in a downward spiral on the stage of global affairs," Marwaan Macan-Markar, Asia regional correspondent of Nikkei Asia, said in his remarks at the webinar, which was focused on rule of law, justice and democratic rights in Sri Lanka. He noted that the country could muster only 11 votes from the council's 47 members.

"This is quite a diplomatic fall from grace as it raises questions of whether the country can sink even lower at [the UN]HRC," Macan-Markar said. 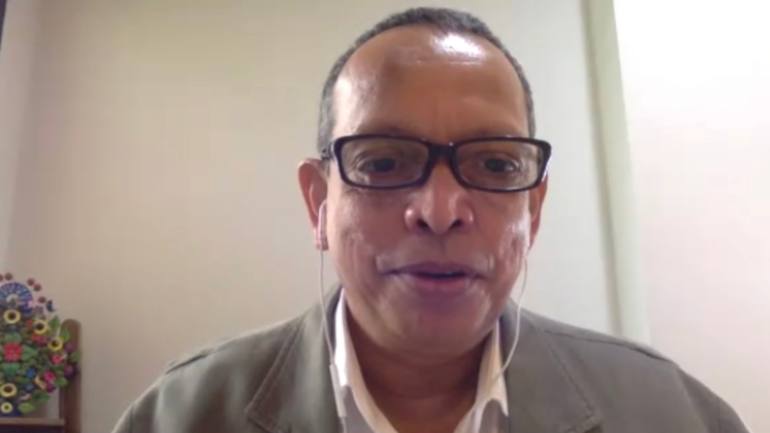 Marwaan Macan-Markar, Asia regional correspondent of Nikkei Asia, takes part in an online discussion hosted by the Law Association for Asia and Pacific on April 22.

The strongly worded resolution came as a major setback to Sri Lankan President Gotabaya Rajapaksa, who was the country's wartime defense chief. The president's brother and current prime minister, Mahinda Rajapaksa, was president.

It allows the UNHRC "to collect, consolidate, analyze and preserve information and evidence and to develop possible strategies for future accountability processes" for human rights violations in Sri Lanka," Macan-Markar said. It also allows the council "to advocate for victims and survivors, and to support relevant judicial and other proceedings."

Earlier in January, a U.N. report said that "impunity for grave human rights violations and abuses by all sides is more entrenched than ever," with the current Sri Lankan government "proactively obstructing investigations and trials, and reversing the limited progress" that had been previously made. Geoffrey Robertson, a prominent human rights barrister and founder and joint head of the U.K.-based Doughty Street Chambers, said in his keynote address to the webinar that Sri Lanka's government has been in a "state of denial" regarding the atrocities of decades past.

He said Sri Lanka's leaders "attempted to extinguish" separatist Tamil Tigers, and pointed to a 2009 massacre in which at least 40,000 civilians were killed by the Sri Lankan army and navy. Sri Lanka has virtually the same leaders today, and they remain in the "state of denial," Robertson said.

"The Rajapaksa government was responsible for the war crimes that took place," Robertson said, adding that an attempted cover-up that banned journalists and nongovernmental organizations failed to keep news of the incident from leaking out.