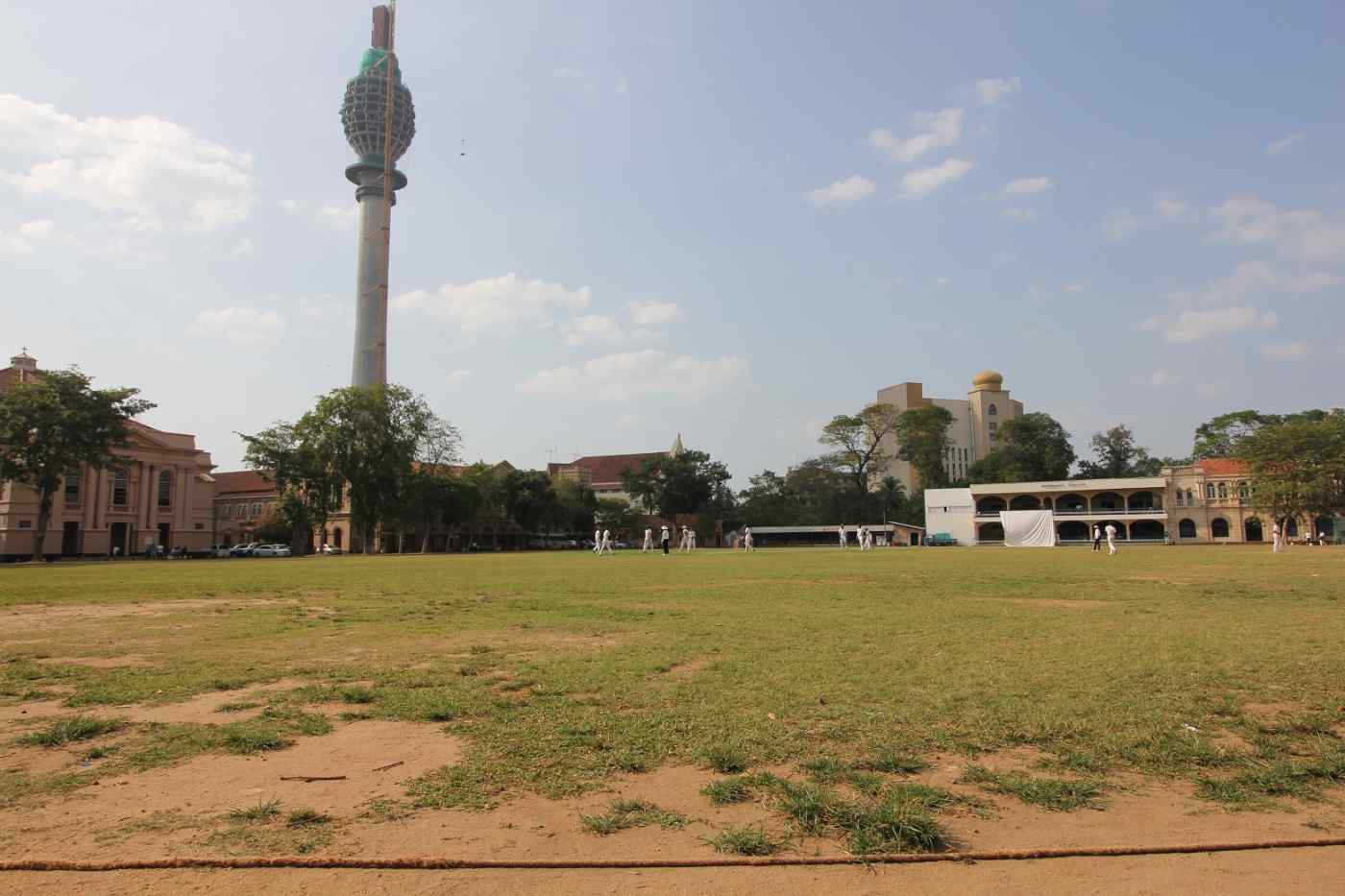 COLOMBO -- Since November 2012, the students of St. Joseph's College, an all-male secondary school in Colombo, have watched a landmark tower rising over their backyard. The construction work rattled some of the classrooms closest to the Lotus Tower, as the 350 meter freestanding structure is called, and put paid to the students' former habits of scampering across the grounds behind the school to fish in a nearby lake with improvised rods.

Some of the school's alumni scoffed at the $104 million tower, funded largely by the Export-Import Bank of China and commissioned by the autocratic former Sri Lankan President Mahinda Rajapaksa. They dismissed it as "another Rajapaksa vanity project," adding to widespread skepticism that the communications tower, once complete, with lotus petals and antenna, will be the tallest building in South Asia.

A stronger voice has delivered a harsher rebuke on this "prestige project", as officials describe it. In early February, Sunil Handunnetti, chairman of the Committee on Public Enterprises, an influential parliamentary body that investigates financial losses in state institutions, said the tower was a waste of money and a drain on the economy. It is among 15 state-sponsored projects that have depleted government coffers by 110 billion rupees ($733 million), through excess spending and financial irregularities, the committee's latest report revealed. 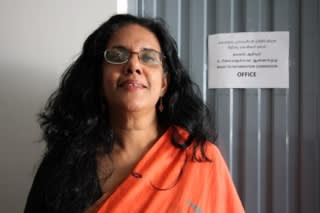 Kishali Pinto Jayawardena, a member of the Right to Information Commission. (Photo by Marwaan Macan-Markar)

But now, Sri Lanka's Right to Information Act (RTI), a new law that came into effect on Feb. 3, holds out a promise that the public can intervene and query investments in state-backed projects while they are still on the drawing board. It is an unprecedented weapon that analysts describe as a "game changer" for transparency and accountability in Sri Lanka's political life.

This law, approved unanimously in the 225-member parliament, spares no government leader, senior bureaucrat or public institution from public scrutiny. The strength of its 43 clauses means that private companies, if they have dealings with a state body, and even non-governmental organizations can be targeted.

An independent RTI commission, formed in the wake of the law's passage, has the teeth to go after recalcitrant public officials who stonewall information queries from the public, journalists or anti-corruption activists. The law compels officials to respond within a month, or face a two-year jail term or a fine of 50,000 rupees. "That is the stick," remarked one anti-corruption campaigner.

"The public can petition the commission to inquire if the information they wanted is not forthcoming, and the commission can take the matter to court if necessary," Kishali Pinto Jayawardena, a member of the RTI commission, told the Nikkei Asian Review. "The RTI in Sri Lanka has now become a right that prevails over other rights and also prevails over every other law to the extent it is inconsistent with the RTI law."

The law made it to parliament after a nearly 20-year struggle, led by the Editors' Guild of Sri Lanka, the leading body of the country's newspaper editors. It was first conceived in 1998 as a Freedom of Information Act, and drafts were presented to government in 2003. But political turmoil and subsequent opposition from the Rajapaksa regime stymied its progress until Rajapaksa's shock defeat by Maithripala Sirisena, now president, at the January 2015 presidential polls.

Sirisena's election campaign had included a promise to pass the RTI law, which was on his government's to-do list for its first 100 days in office. "We got 90% of what we wanted in this law," said Sinha Ratnatunga, former president of the Editors' Guild. "Now we need to raise awareness and encourage the media and the public to use it."

Responses have been prompt in urban pockets across the country. A flurry of RTI requests were filed within less than a month after the law came in to force. These ranged from requests for information about missing victims of Sri Lanka's nearly 30-year civil war, which ended in 2009, to enquiries about state-backed projects -- a fertile ground for scrutiny, since any dollar-denominated project above $100,000 and local currency project above 500,000 rupees are open to an RTI petition.

The law also opens the way for the public to finally learn about the assets of the president, prime minister, cabinet ministers and parliamentarians -- which hitherto were known to select officials but could not be made public due to secrecy provisions. This has already ruffled the feathers of some government leaders.

The Sri Lanka branch of Transparency International, the global anti-corruption watchdog, expects a shake-up of the bureaucracy in a country where officials have become infamous for asking: "Who are you?" when confronted with public requests for information.

"The bureaucracy functioned in a system that encouraged opacity and [in which] you had to establish your authority to request information," said Asoka Obeyesekere, executive director of Transparency International Sri Lanka. "The barriers to information have been very high, but people now have the right to get through them."

Information offices in government departments are getting an early taste of an emboldened public. "It has hit us on the head," admitted one information officer at a leading government agency, speaking on condition of anonymity. "I got a telephone call out of the blue with a request for information, and the caller said he was exerting his RTI rights."

The enforcement of this law in Sri Lanka, now among 110 countries globally with RTI statutes, brings into sharp relief the challenge of battling rampant corruption. The country continues on a downward slide in global corruption rankings, with Transparency International's annual Corruption Perception Index placing Sri Lanka 95th out of 176 countries surveyed in 2016, down from 83rd in 2015 -- a setback for the first two years of a coalition government under Sirisena, who defeated Rajapaksa by campaigning for "good governance".

But the scale of corruption under the almost 10-year Rajapaksa regime has been good political fodder for Sirisena. The Financial Crimes Investigation Division, a new arm of the police set up by the current president's administration, targeted Rajapksa's family and his cronies in their corruption investigations. In its crosshairs have been a former central bank governor, senior civil servants, Rajapaksa's brothers and sons, owners of a sports television network and a former ambassador. Wimal Weerawansa, a firebrand minister of the Rajapaksa regime, is languishing in Colombo's remand prison following an FCID investigation of misusing 40 state vehicles under his authority.

However, the RTI law is set to face an early trial of the extent of its reach: Will the incumbent administration open itself to embarrassing information queries? That will be a tough test, warned parliamentarian Handunnetti at an RTI seminar in Colombo. He fears political interference.

At the seminar, however, attendees were resolute, sniffing a rare opportunity for democratic accountability between election cycles. One participant pronounced confidently, "Now we won't have to wait until after the elections to learn who got rich with black money."