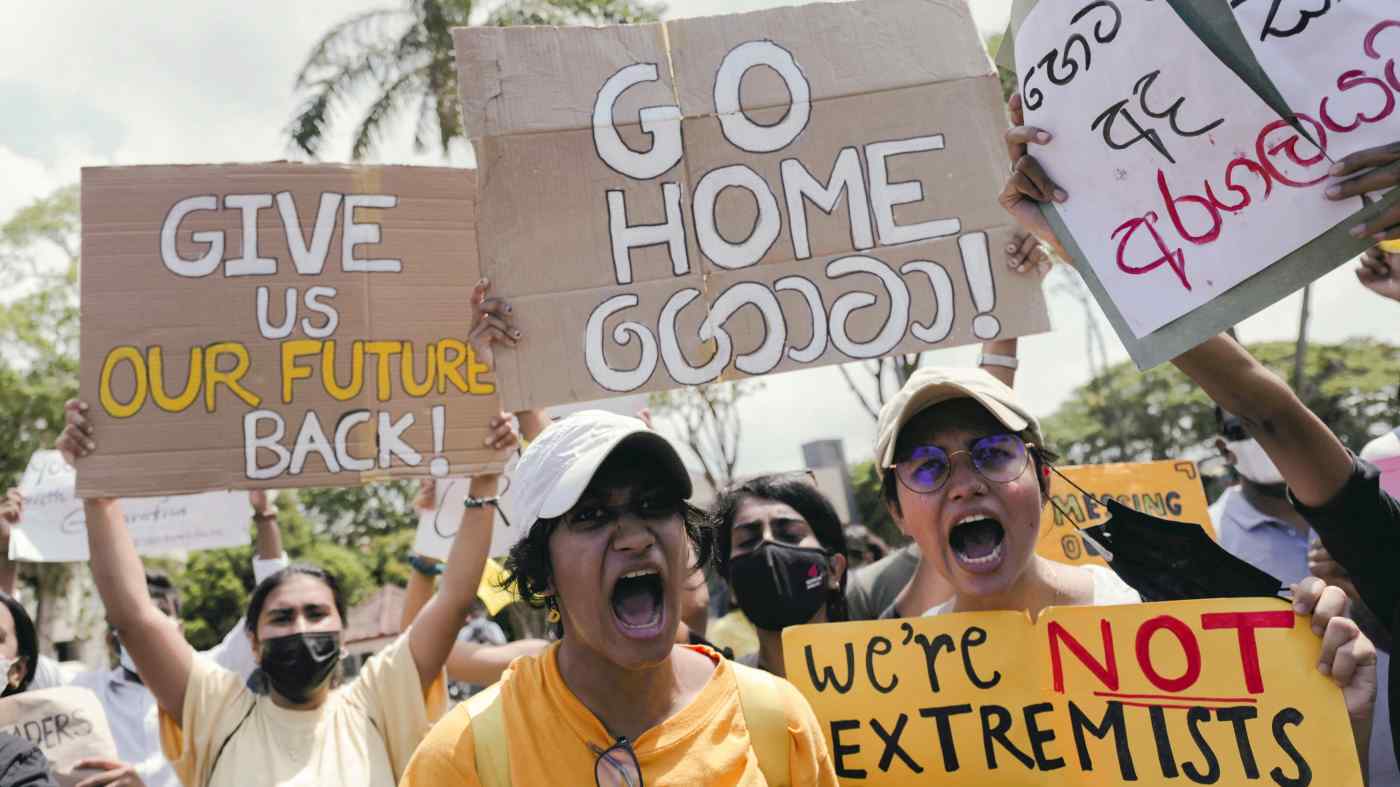 COLOMBO -- Overnight resignations of Sri Lankan cabinet members and an invitation to form a unity government have failed to quell public anger over the country's economic crisis, with thousands taking to the streets on Monday to demand the resignations of President Gotabaya Rajapaksa and his elder brother, Prime Minister Mahinda Rajapaksa.

The country awoke to news that the entire cabinet had offered to quit, including Finance Minister Basil Rajapaksa and Youth and Sports Minister Namal Rajapaksa. However, despite nonstop calls for the president and his brother to step down, they appeared determined to remain in office.