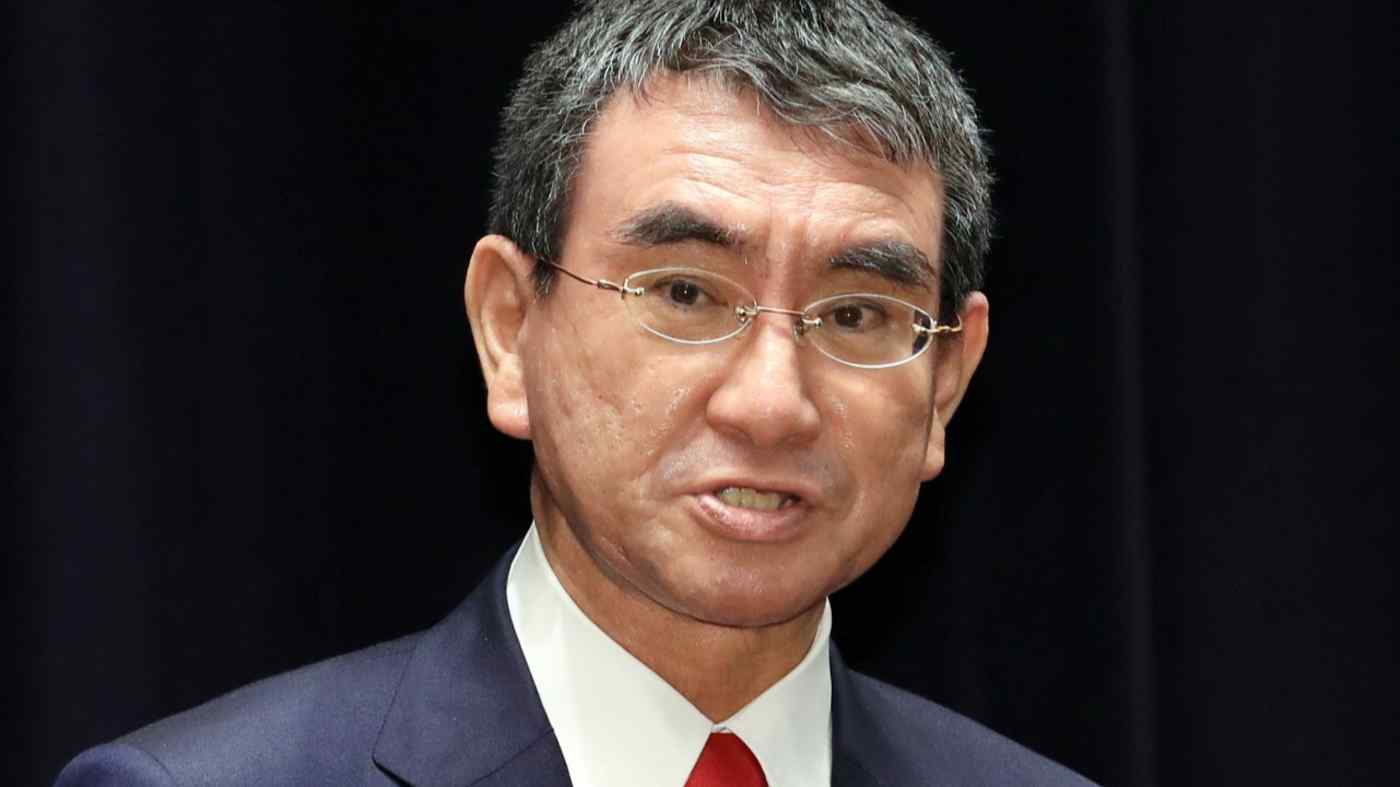 TOKYO -- Japan's new government has taken steps toward implementing some of Prime Minister Yoshihide Suga's top priorities, and in one case received an overwhelming public response.

Taro Kono, minister for administrative and civil service reform, told reporters Friday that a new online system to take public suggestions for cutting red tape had been taken down temporarily after receiving more than 4,000 messages, an influx that threatened to exceed its capacity.