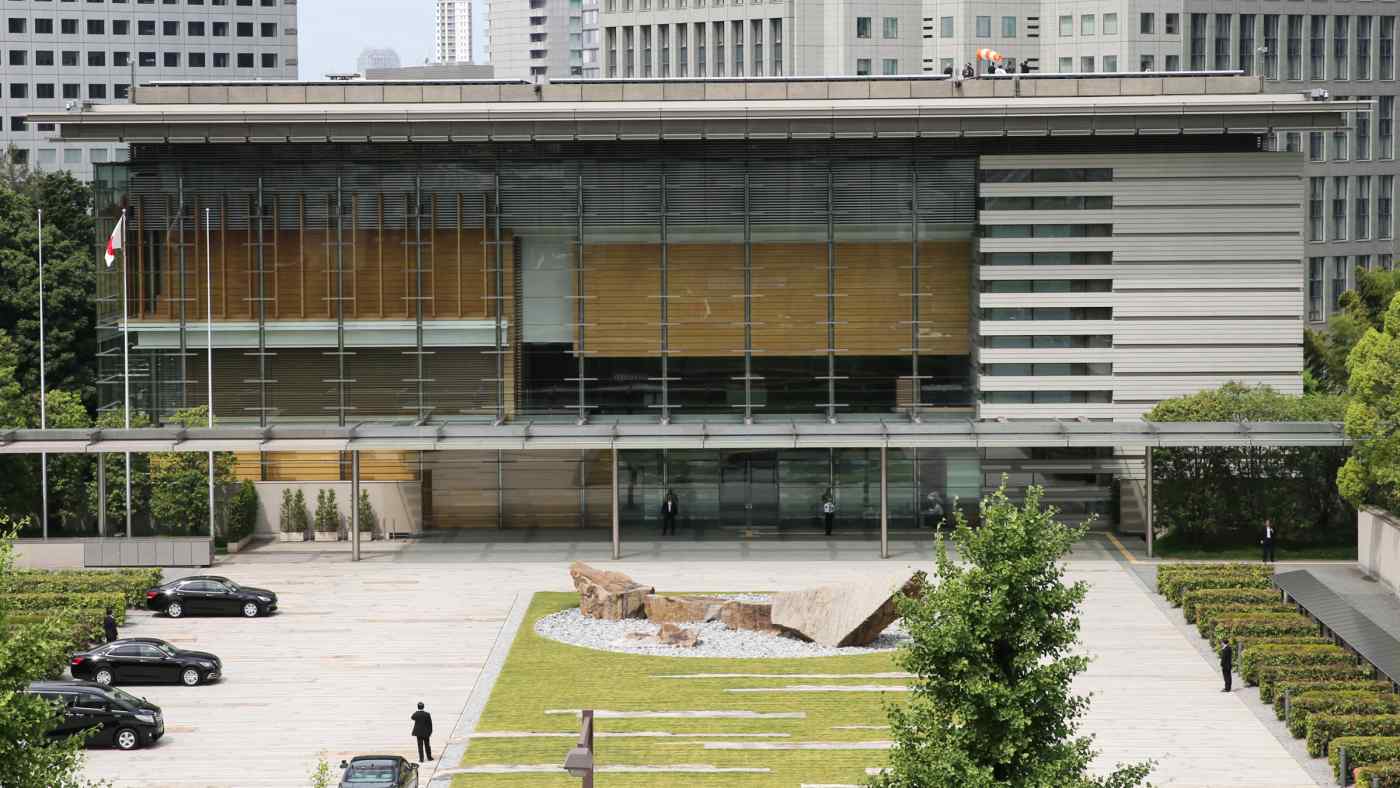 The Japanese prime minister is currently supported by seven executive secretaries, led by one political secretary and six bureaucratic secretaries who each represent ministries or agencies in charge of foreign affairs, finance, METI (Ministry of Economy, Trade and Industry), defense, police and health.

The government announced Friday that Teraoka would be the new political secretary, replacing Shobun Nitta, Suga's personal secretary, who returns to the prime minister's personal office.

The replacement so soon likely reflects Suga's sense of urgency in implementing policies, especially as his approval rating plummets.

Teraoka is a familiar face to Suga, having served as the official secretary to the chief cabinet secretary from 2015 to 2018 -- during part of Suga's time in that role -- before becoming budget director at the Ministry of Finance. Mitsuhiro Teraoka previously served as budget director at the Ministry of Finance.

In a ministry recruitment brochure issued in March, Teraoka looked back as his three years serving Suga and described it as a "dynamic" job that offers a rare opportunity to be at the heart of the nation's policymaking.

Suga looks to use this experience to bolster the capabilities of the prime minister's office as coronavirus cases continue to rise and his cabinet's approval rating tumbles.

The responsibilities of the prime minister's secretary for political affairs include management of the government and overall policy. Under Suga's predecessor Shinzo Abe, this role was filled by Takaya Imai, a close confidant to Abe and former METI bureaucrat who reportedly was deeply involved in policy decisions.

Imai was a particularly influential figure in what some called the "METI cabinet," and his replacement under Suga reflected the sidelining of the ministry under the new government.

Earlier in his career, Teraoka served three years at the Japanese Embassy in Canada. First as secretary and later economic councilor, Teraoka coordinated policy with his Canadian counterparts on economic, financial and climate change issues.

He arranged for the Japanese finance minister to attend the Group of Seven finance ministers and central bank chiefs meeting in the city of Iqaluit, some 300 km south of the Arctic Circle.

Suga largely stuck to familiar faces when appointing his secretaries as prime minister. Five of six were secretaries in Suga's office when he was chief cabinet secretary, with Kazuo Masuda from the Defense Ministry as the sole outsider.