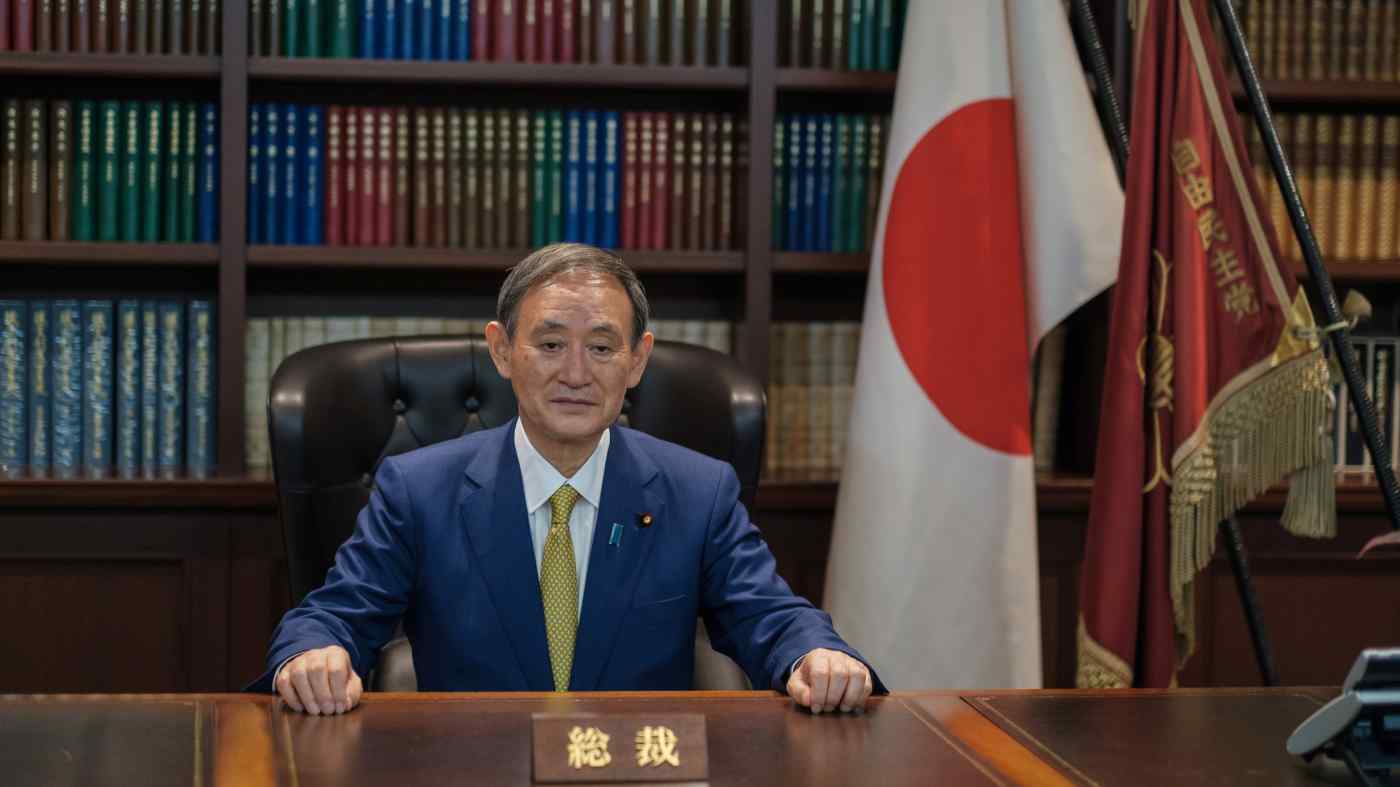 TOKYO -- Prime Minister Yoshihide Suga will stress the importance of international cooperation amid the coronavirus pandemic, especially when it comes to distributing vaccines and medicine to developing countries, in a prerecorded video speech to the United Nations General Assembly this month.

The speech marks the first time Japan's new leader will present his foreign policy on an international stage. The video was recorded on Saturday and will be shown at the annual gathering of world leaders in New York on Sept. 25.

Due to the spread of the coronavirus, a minimum number of attendees will attend this year's event, with most leaders expected to send video messages. U.S. President Donald Trump will not attend the event in person this year.

In his speech, Suga will say he is following the diplomatic stance of his predecessor, Shinzo Abe, who has emphasized freedom, democracy and the rule of law. Suga will also call for the cooperation of other countries to resolve the issue of Japanese citizens abducted by North Korea, which Abe had set as the most important issue for his administration.

In response to the coronavirus, Suga will outline Japan's contributions to resolving the pandemic. His comments will come amid global concerns over intense competition among the U.S., China, and some European countries to secure vaccines.

Japan, along with the U.K., Germany and France, will lead the construction of a framework for jointly purchasing vaccines with multiple countries. More than 170 nations have announced their participation in the framework, called COVAX Facility.

Suga is also expected to touch on how Japan has supported countries with insufficient medical systems. With a supplementary budget of 100 billion yen ($956 million) for fiscal 2020, Japan will provide additional medical equipment such as beds and ambulances.