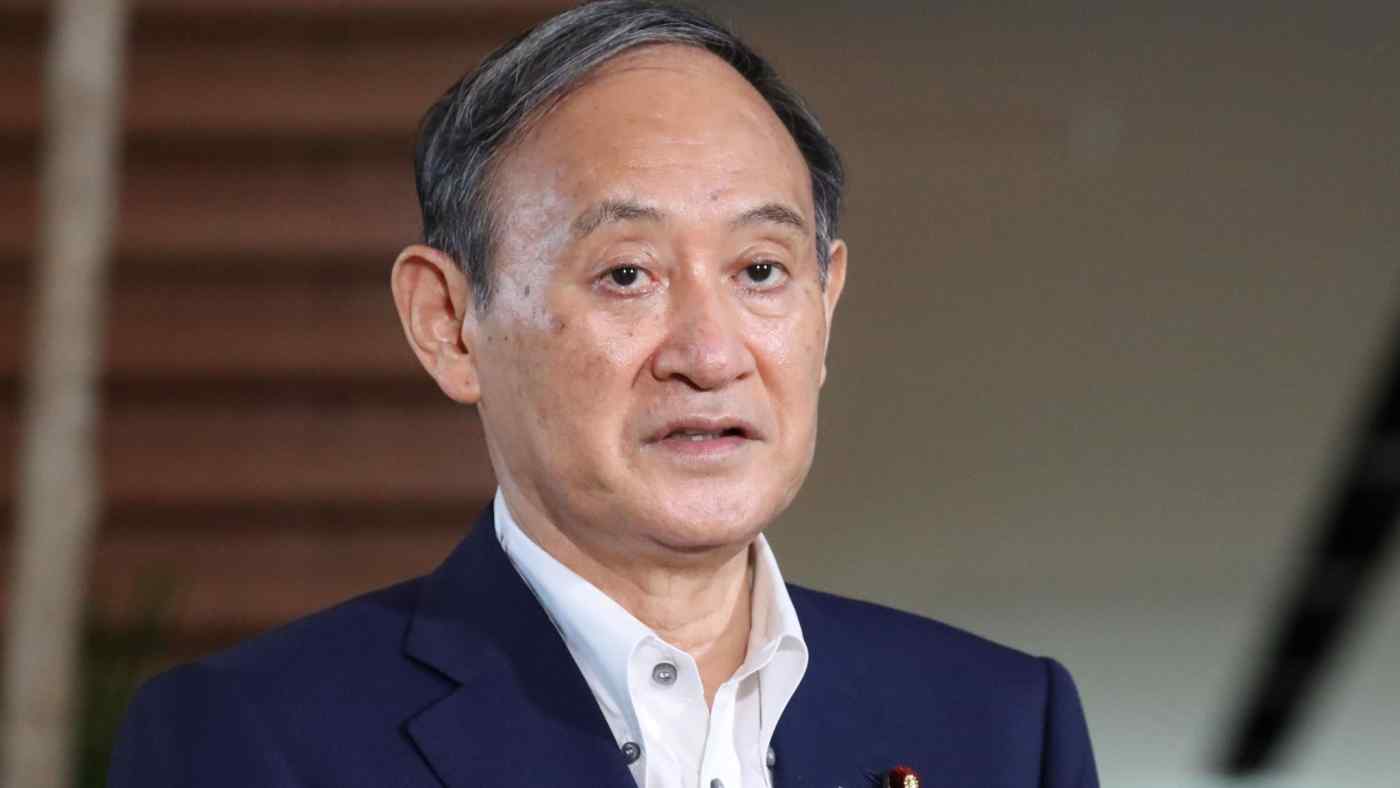 TOKYO -- Japanese Prime Minister Yoshihide Suga reiterated Monday that he intends to seek reelection as leader of the ruling Liberal Democratic Party despite growing concerns about the LDP's election prospects under Suga following a defeat in the Yokohama mayoral race.

"I have told you that I would, of course, run when the time comes," Suga told reporters at his official residence. "My thinking has not changed."