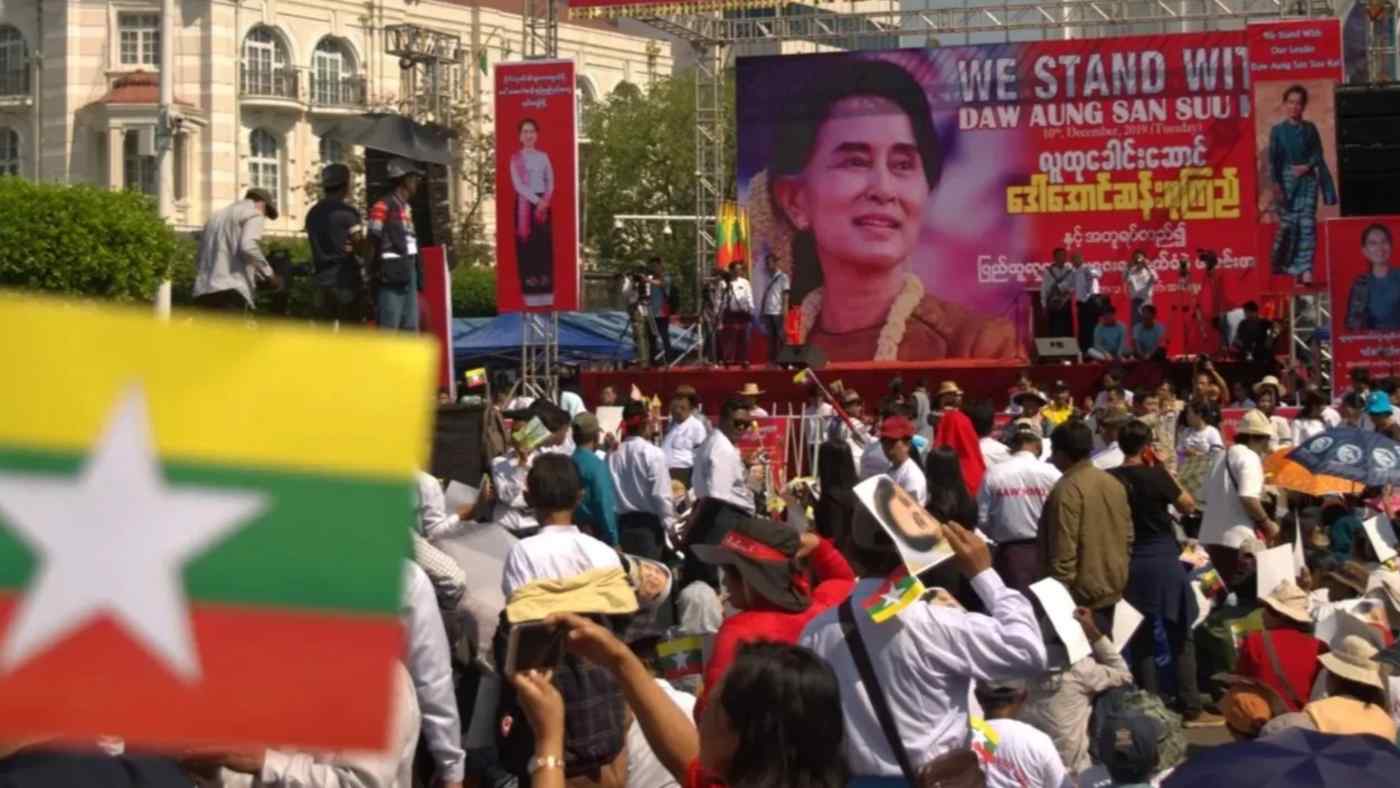 YANGON -- Aung San Suu Kyi, the de facto leader of Myanmar, is calling upon the image of her celebrated father to reinforce her political support as she faces bubbling criticism of economic and domestic policies ahead of general elections in November.

The Central Bank of Myanmar began issuing a new 1,000-kyat note Tuesday that features a portrait of Aung San, a general who led Myanmar's independence movement. The bill, a commonly used denomination, was distributed to local banks that day and will be available at exchange counters on Wednesday.